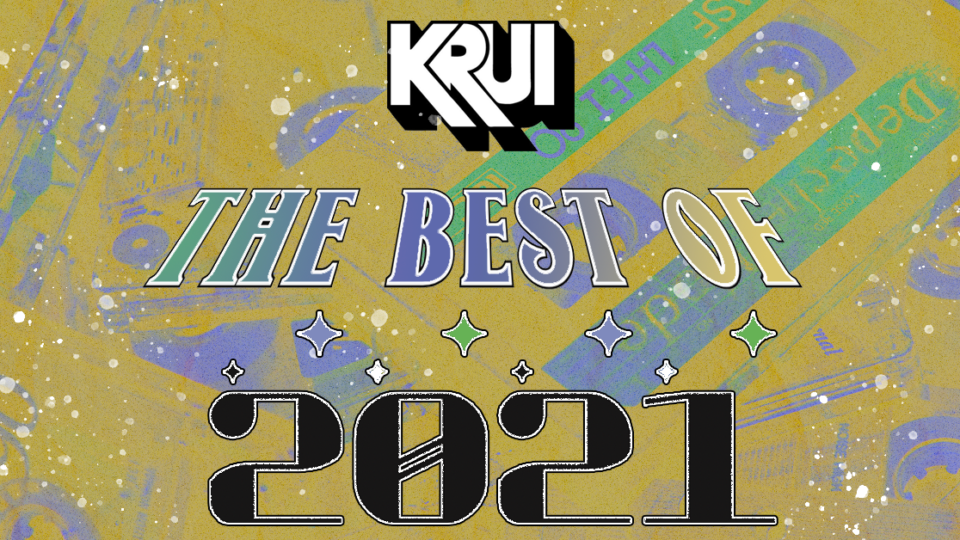 “Snail Mail retains the same wounded lover ethos and hazy, scorned vocals but with a noticeably more pop-inspired instrumental palette. Indie rock guitars and peppy drums provide a sturdy melodic base, while additions of piano or dreamy synths give this album a sometimes danceable effect.”

“Lingua Ignota has always incorporated a regal and grandiose instrumental palette, but SINNER GET READY shows a slightly softer side to her work with elements of religious hymns and neofolk. Yet, despite drawing back a bit from her more abrasive tendencies, she still maintains the same level of harrowing torture and anguish that permeates her work.”

Staffer Hadley’s Album of the Year

“Greta Van Fleet does not disappoint with their third album, which keeps their iconic sound while incorporating some of the most beautiful lyrics I’ve ever heard. They stray from their classic rock roots to incorporate a more worldly sound while still being amazing and technically sound. They play with a new, more diverse range of sounds that sets them apart from their usual comparison to Led Zeppelin and creates a sound all their own, with enough flair to show their growth as a band while still sounding like the group we know and love. Personally, I think it’s their best album yet.”

Staffer Alejandro’s Album of the Year

“In a very limited genre like reggaeton, Rauw Alejandro breaks those limits to deliver Vice Versa, an album full of fun tracks that use the typical reggaeton and Latin pop beats in new and creative ways. The lead single and opening track of the album, “Todo de Ti”, is a funky introduction that sets the tone for what the rest of the album is going to be. However, the highlight of the album is “Cosa Guapa”, which mixes Latin pop and House to make a new classic for Latino nightclubs.”

Staffer Ryan’s Album of the Year

15. SPIRIT OF THE BEEHIVE – ENTERTAINMENT DEATH

Director Sydney’s Album of the Year

“As discordant as it is dreamy, SPIRIT OF THE BEEHIVE’s ENTERTAINMENT, DEATH easily excavated a place for itself in the top releases of 2021 with its irreverent sense of nostalgia, melancholy, and an eerie understanding that maybe all is not well. The twinkly yet jarringly off-kilter synths remind one of an old photograph being eaten away by time and sun-exposure, while the vocals are melancholic and ethereal. The constant shutters, glitches, and static present in the mix add to the unusual ethos of this record which is sure to lull its listeners into a dangerous state of naive ease.”

Director Jaden’s Album of the Year

“Billy Woods’ and ELUCID’s poetically confrontational bars hit as hard as ever. Now with smooth and jazzy beats from the Alchemist, the two reach new heights. It’s the contrast between Woods’ deep bellow and ELUCID’s rasp, as they deliver dizzying bars filled with emotional gut-punches. It’s how they seem to have pushed the Alchemist on some of these songs to create his most experimentally mind-bending beats yet, while still maintaining crisp production. Put simply, HARAM cements Armand Hammer as one of the best rap duos to ever do it.”

13. Backxwash – I LIE HERE BURIED WITH MY RINGS AND MY DRESSES

“On the newest album from Backxwash, she continues down the path of dark, industrial metal-infused hip hop, rapping verses that mix the personal with the occult. The first single and title track “I LIE HERE BURIED WITH MY RINGS AND MY DRESSES” is a perfect encapsulation of why this album rules.”

12. The Mountain Goats – Dark In Here

“It just so happens that this new set of songs on Dark In Here is some of the band’s best work in years. The instrumentation is never particularly showy–folk rock guitars, some keys across piano and organ, some spare woodwinds–restrained drums which only hit hard when the time is right. Attention is primarily on Darnielle’s lyricism and vocal performance, which he keeps on the softer end of his register. These songs are sad, or at least, they explore different aspects of loneliness and darkness.”

“Smooth and soulful, with lyrics that’ll make you ask, “Who hurt Tyler?”. It also has a fair balance of gritty or harder songs, and smooth, horn-filled soul pieces. It’s a nice middle-ground between IGOR and Flowerboy.

It’s Doja Cat. What could we possibly say? Her new one is pretty great.

“The brand of tongue-in-cheek, abrasive yet catchy songwriting that Swedish post-punk band Viagra Boys has engineered is on full display on their sophomore LP Welfare Jazz. The album certainly lives up to its name with instrumentation that is often jazzy, bluesy, and unrelentingly infectious.”

8. Injury Reserve – By The Time I Get to Phoenix

“On the newest album from Injury Reserve, rapper Ritchie with a T and producer Parker Corey carve out a new lane for themselves in experimental hip hop, as they grapple with the passing of founding member Stepa J Groggs. The results are unlike anything the group, or any other artist for that matter, have made before. From the confrontational opening track, they make it clear what the listener is in for–Ritchie strikes a battle rap stance over enveloping synth lines with a verse that verges on mad rambling in the best way possible.”

“To expect anything less than off-kilter and left-field from black midi is to underestimate them, but Cavalcade proves that being “left-field” is not a matter of luck or a lack of ingenuity. Across this album, the band employs a Coraline-esque balance of blissful fantasy and demented horror with contemporary jazz-inflected progressions, snappy drums, and perfectly spaced breaks into full-bodied blows of distortion and drive.”

6. Illuminati Hotties – Let Me Do One More

“From atop Illuminati Hotquarters, singer/songwriter Sarah Tudzin pens tunes to capture the last gasps of a dying Summer on Let Me Do One More. The band’s variety of sounds range from catchy pop-infused punk to endearingly sincere folk and beyond.”

Staffer Zachary’s Album of the Year

“Nothing is better than seeing a band you’ve grown up with expand their sound while keeping their core values the same. Hey What finds Low, nearly 30 years into their career, blowing out the speakers with harsh electronica and entwining the noise in their ethereal melodies and reigning them in. Sparhawk and Parker have always been masters of sparseness, and while that usually means playing with silence, here, they showcase how isolating and cold chaos can be while proving it ineffectual in the face of the human spirit. This is honestly the strongest album from them in years, and I can’t wait to see what they come up with in the future.”

Staffer Amelia’s Album of the Year

“When Lana Del Rey dropped three singles on a random Thursday in May, only about two months after Chemtrails came out, it became evident she was working on a new project that would move her forward as a singer and find her focusing on new themes. Blue Banisters explores themes of sisterhood, friendship, family, righting wrongs, and dealing with critics. Songs range from well-known bootlegs in the fandom to a closing song she wrote in 20 minutes with her sister and her dad. She strips many songs down to piano and voice, but standouts like “Dealer and “If You Lie Down With Me” use synths, horns, and screams. Blue Banisters rivals the Grammy-nominated NFR among fans because of this new style and maturation shown by Lana on this album, and sets a new standard for any project she creates in the future.”

Director Daniela’s Album of the Year

“girl in red’s anticipated debut album, if i could make it go quiet, captivates listeners with its relatability, instrumental intensity, and variety. The intimate lyrics about relationships and moving through life resonated with me. The presence of numerous instruments such as piano, synths, drums, and guitar was deliberately and thoughtfully used to create a specific mood for each track. girl in red has the ability to write fast-paced bangers, heartfelt ballads, and nostalgic instrumental songs. The combination of all of these elements creates a memorable musical experience leaving me hungry for more of her work.”

2. Genesis Owusu – Smiling With No Teeth

Staffer Ken’s Album of the Year

I’d never heard of Genesis Owusu before he was played during one of the music staff meetings, but I’ve been hooked ever since. I instantly got hooked to the many bangers present on Smiling with No Teeth the moment I started listening and haven’t left my thoughts since. Each track sounds so fun and surprisingly diverse from one another instrumentally and vocally, it makes my brain feel very happy!

Staffer Evan’s Album of the Year

“On LP!, JPEGMAFIA plays perfectly into his strengths. The experimental hip hop titan revives his distinctive, engaging, and humorous attitude and delivers yet another project full of heart, intelligence, and musical brilliance. With bold and outlandish production, an infinitely wide arsenal of flows, and rebellious and sarcastic lyrics, Peggy drops another instant classic and advances his case to be considered not just one of the best experimental hip hop artists of our time, but one of the best hip hop artists, period.”