So this is it my friends, the finale to Whisks + Whiskey. I’m a little peeved that the last one is number nine instead of number ten, but the senioritis is hitting hard and I don’t think I’ll honestly have the time to sneak in a tenth installment. I’ll just have to get over my preference for numbers in even multiples of five, I GUESS.

This column was a ridiculous amount of fun to write—I mean when is getting drunk and then eating baked goods ever not fun?? I am definitely going to miss writing it every month and I’m a bit sad to wish it a farewell, but I think this one definitely went out with a bang.

As for what I’m baking, because that is what truly matters, I decided I wanted to try making a rustic naked cake. You may have seen them on Pinterest and such, generally they’re really pretty and look like something you would see in a fairytale tea party or something. Mine definitely didn’t turn out as pretty as most but what’s on the inside is what truly matters, right? For the cake itself I used the batter recipe from April’s Cadbury crème egg molten lava cakes because it was insanely good, and then I got really fancy with the frosting: I made a whipped cream frosting infused with whiskey. Oh yeah, I told you I was taking this one seriously.

What I’m drinking: I couldn’t finish out the last Whisks + Whiskey without drinking whiskey, could I? I still hadn’t replenished my own yet but my roommate generously let me be use some of her Jim Beam which I took a large shot of before drinking, and then I thought I would get fancy and drink wine for the rest of the baking experience. It was $3 wine, but still. I drank a solid three-fourths of the bottle which I felt was fairly impressive.

(I mean I was making up the frosting recipe as I went.) 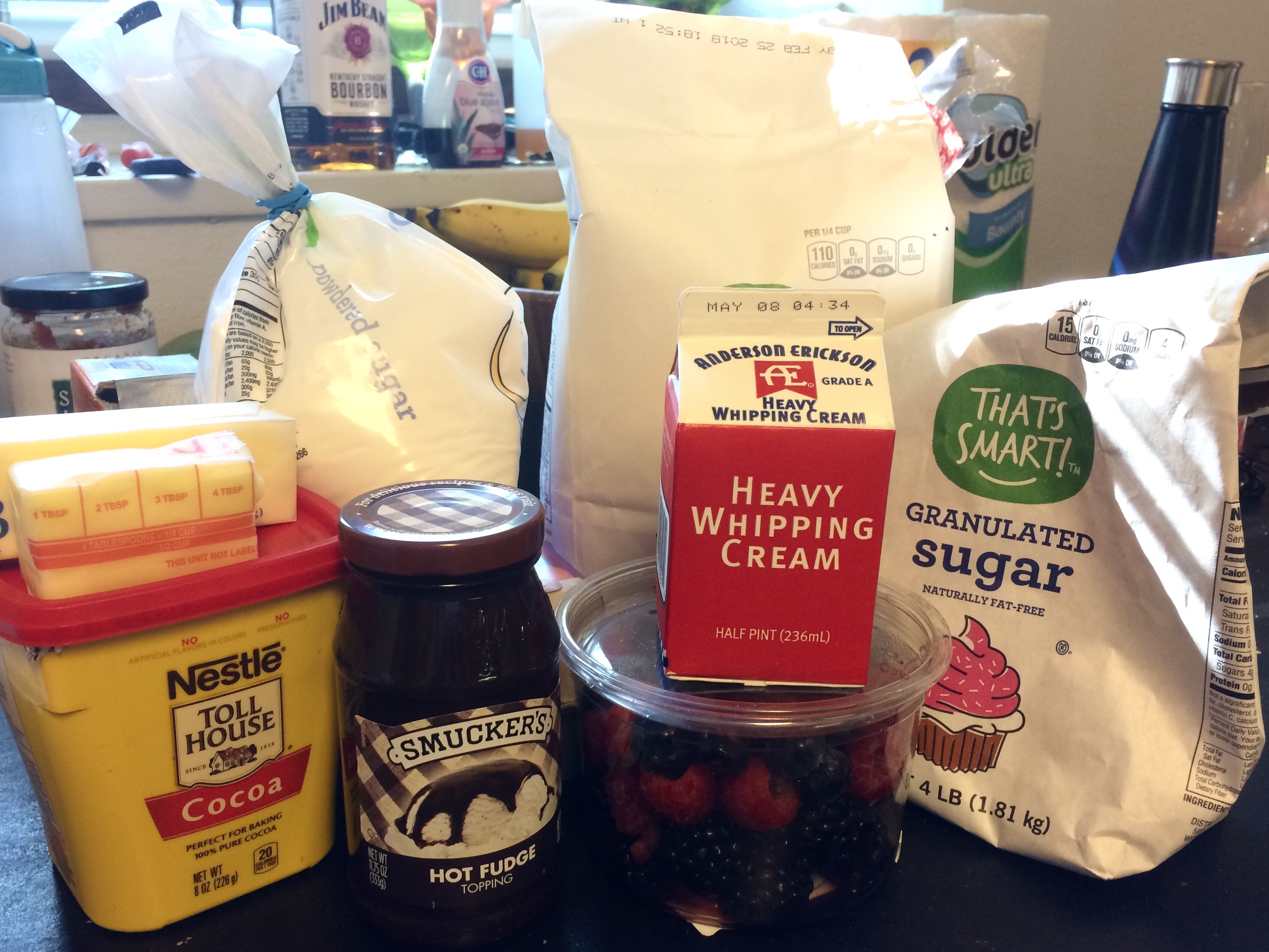 Challenges (besides being intoxicated): Other than not having a hand mixer to whip up the frosting and cutting myself with a butter knife, there really weren’t too many challenges. To improvise on whipping up the frosting I just poured the cream into a mason jar and shook it until it was the consistency I wanted it to be.

Time finished: So I kind of lost track of time while making this, but I think I finished around 7.

My drunk opinion:  I actually managed to forget to taste the final result due to having to get ready for a bar crawl immediately after finishing the cake, but I did taste the frosting and batter on their own and they were delicious.

My sober morning opinion: Getting to have whiskey-infused whipped cream on chocolate cake is definitely the best way to start a Sunday.

Since I used the cake recipe I loved from last month and then added that ~*fancy*~ whiskey frosting to it I figured this recipe deserved the perfect ten out of ten. I would definitely recommend making this sometime you need something both impressive and semi-easy. The cake recipe can be found here, and again I swapped out the chocolate syrup in the recipe for hot fudge.

The frosting is super simple: you just need a half pint of heavy whipping cream and whip it until it is whipped cream consistency, fold in powdered sugar until it is as sweet as you’d like, and then carefully mix in some whiskey. Something I forgot to add to mine was vanilla, so I’d recommend stirring some of that in too. This should make enough frosting to cover your cake and spread in between the layers. Also, if you’re not feeling whiskey I’m sure you could replace it with rum.

Thanks for reading and following me throughout this whiskey-fueled adventure! I hope you try out some of the recipes yourself—drinking encouraged but not required.