Hello, and welcome back to the latest edition of Whisks + Whiskey, the column in which I get drunk and try not to burn myself while baking things. If you recall in my column from last month I was wishfully hoping that spring would come in February this year…despite the fact that global warming would most definitely be the cause. Well, from looking at the weather forecast for the upcoming week or so, that wishful thinking may have turned out to be true. Sorry, Earth. 🙁 (Also, take THAT Punxsutawney Phil, you useless hamster.)

Since it is February and Valentine’s Day is a thing that happens in February, I figured I should probably make a recipe that harkens to the other mostly useless holiday in the month. Now, if you thought that meant I was going to make some sort red velvet-type of baked item, I’m going to stop you right there.

To be honest, red velvet is pretty freakin weird—why do we have to add an entire bottle of artificial red food dye just to enjoy a mildly cocoa flavored caked with cream cheese frosting?? Traditional red velvet is actually pretty cool with the chemical reactions happening to produce the red tint, but people have become so used to the artificial hue that the traditional just doesn’t have the same sex appeal.

Instead of fake food dye that stains your mouth and teeth red (which isn’t a very sexy look for V-Day, unless you and your Valentine are into vampire roleplay), I wanted to make something that was naturally rose-tinged. For some reason, the thought of making a rustic berry tart has been calling to me for a while and I figured with plenty of strawberries and raspberries it would be the perfect antithesis to the basic red velvet. 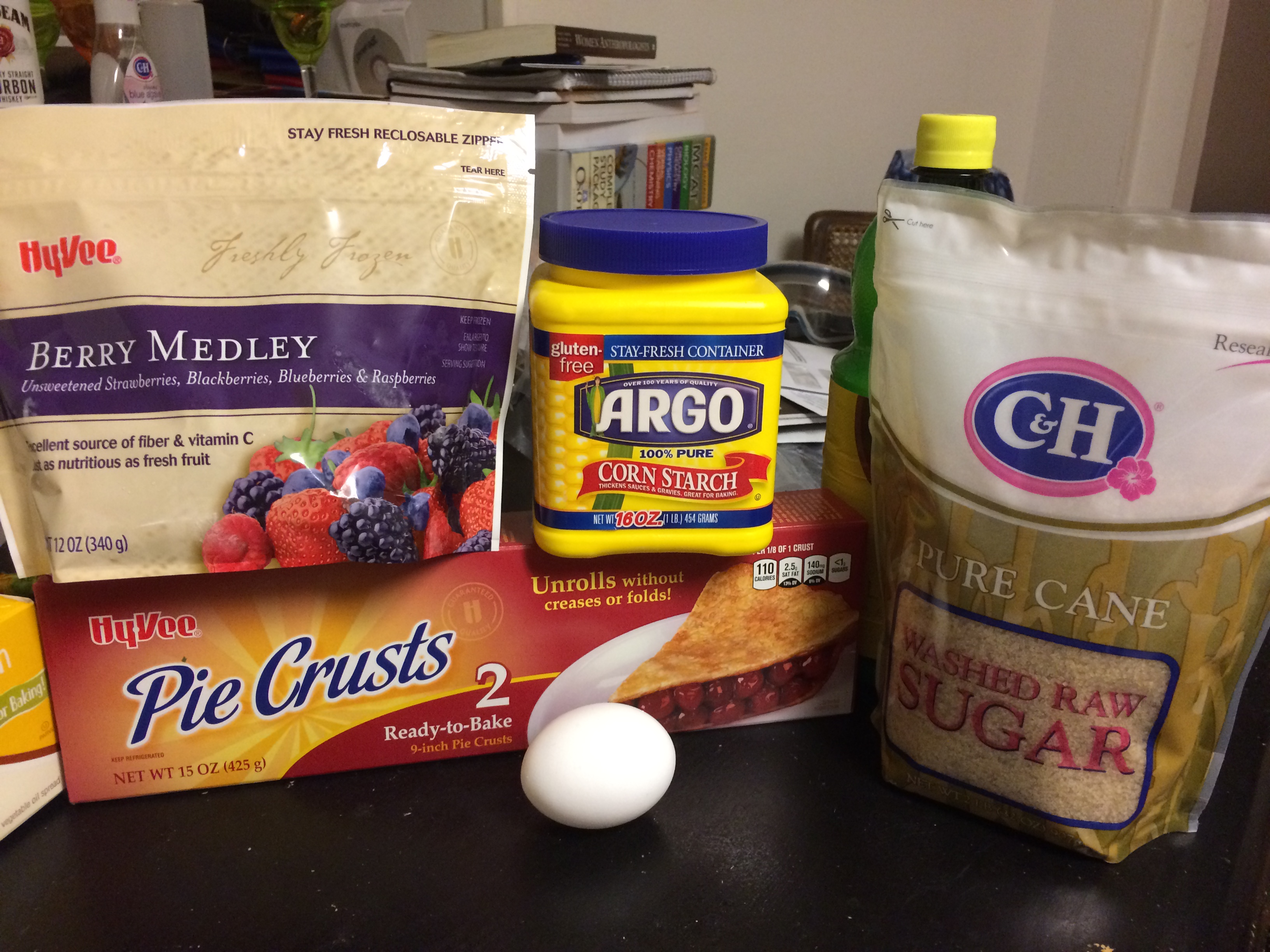 I found a berry tart recipe (okay technically it’s a “galette” not a tart, but I like calling it a tart so whatever) from a blog called Finding Zest that used frozen berries, which was fantastic because fresh berries in February would’ve been hella expensive. To enhance the ~*Valentine’s Day vibes*~ I invited the boyfriend over for moral support, because what says romance more than having to babysit your whiskey inebriated girlfriend to make sure she doesn’t drunkenly burn herself??

What I’m drinking: This time I went full whiskey. I had a couple swigs before starting, and then mixed the rest of what was left in the bottle with some cherry coke. (There were only like 2-3 shots left in the bottle, okay. Don’t panic.)

This seemed pretty simple, and since I cheated with store-bought pie crust there really wasn’t a lot of labor involved. (I was going more for aesthetics than anything, forgive me.)

Challenges (besides being intoxicated): To be honest, there really weren’t too many extra challenges this time around. I do remember running into the chairs and table more times than usual. I also knocked a cup to the floor, but thankfully it was empty.

My drunk opinion: “It’s super tasty, I’m in to it. It’s also “berry tart” but in a good way.” (I do remember thinking I was very clever coming up with that pun while drunk.)

Jake’s opinion: “It’s good. Definitely one of the best pie crusts I’ve had.” (Store bought for the win.)

My sober morning opinion: This is a really great balance of sweet and tart. The berries turned into kind of a jam, and it goes perfectly with the crust. I might actually be obsessed, not going to lie.

Heck yeah I’d make this again. Here’s the recipe if you’d like to make it yourself, and I’d highly recommend that you do. (And it’s extra easy with store-bought pie crust!)

As a sort of “blooper,” I tried making a glaze for the tart out of some leftover canned coconut milk I had in my freezer and powdered sugar, and although it tasted pretty good, when I tried drizzling the glaze concoction on the tart it ended up looking like a bodily fluid you probably shouldn’t put on any sort of baked good, Valentine’s day or not. I didn’t take a picture for evidence, so I’ll just let you use your imagination to work out the details on that.

Next month is March, which means that’s the month spring is actually supposed to arrive in and I have no idea what I’m going to make!! You should still definitely tune in then though!!