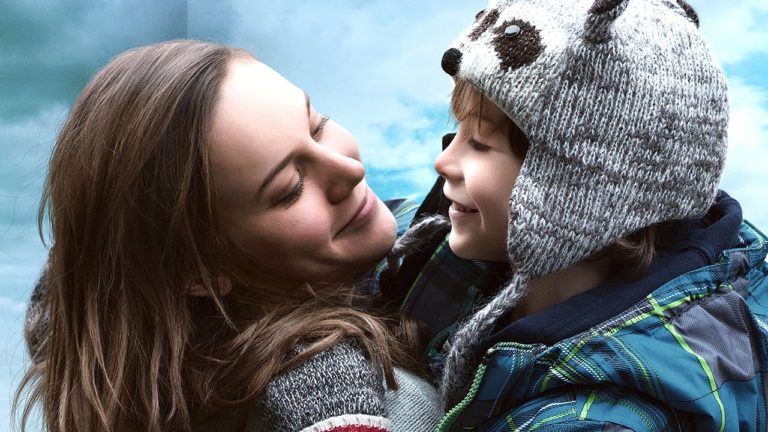 WARNING: This article contains some spoilers for the film Room. Proceed at your own risk.

Lenny Abrahamson’s Room is, to say the least, an interesting film. Based on Emma Donoghue’s 2011 novel of the same name, the film follows Jack and Ma; a mother and son trapped in an 11×11 shed known as “Room”. Held prisoner there by their captor, known as Old Nick, the viewer gets a glimpse into their strange life and beautiful love.

Space plays an incredibly important role in Room. In the beginning, we are introduced only to the two characters of Jack and Ma. Together, these two try to go about their lives in the cramped space that is Room. The camera is up close and claustrophobic. It seems to always be right in the face of the characters, not allowing them or the audience much room to breath.

Of course, this works to the film’s advantage, as the viewer begins to not only notice, but feel the confines and containment of Room. When enclosed in so little a space, the characters begin to seem like giants. Every action they perform seems big, and encourages the audience to scrutinize and take in detail in a way much different than in other films.

Sound also plays an important role in establishing the atmosphere. Not only is space constricted, but sound is amplified. In the sound-proof casing of Room, each and every action can be heard perfectly clear. From soft breathing, to the clink of a spoon, to the sound of Old Nick unlocking the door to Room, each sound speaks volumes about the action and character that produced it.

For the first half of the film, this is how we meet and get to know the characters. When every action is so big and every sound is amplified, we learn so much about who the characters are, beyond what we can learn from their basic interaction and dialogue.

We can see the years of wear and toil in Ma as she cooks and cleans, just as we see her determination to care for and love Jack when they make toys together. We can see the wonder and whimsy of Jack as he creates his own universe to play in, and we can see his frustration and anger as he lashes out at Ma. Even the short glimpses we see of Old Nick are enough to tell us so much about his character. The film is driven by the atmosphere it creates, and the interaction of its complex characters. It uses the cramped space of Room to its advantage in creating a compelling story.

However, with this expanded space, the method of storytelling changes. New characters are introduced, and while they too are complex and human, they don’t get adequate screen time for the viewer to truly get to know them. And in a broader sense, the story begins to be driven by events. News interviews, medical emergencies, and legal issues take the place of character development and interaction.

Don’t get me wrong, the second half of the movie isn’t awful, and the film itself is excellent and definitely worth a view. The magic of the characters in the first half may be gone, but their adjustment to the outside world is a necessary story element worth exploring. The second half is just, perhaps, a little less engaging and intimate.

But again, this is an important element of the story, and in a sense this lack of intimacy with the characters is not only experienced by the viewer, but also felt by the characters too. Jack expresses so much himself, as if he almost desires to return to the world of Room. The abuse of Ma and Jack was horrific and cruel, but it built between them a bond that was more intense and pure than just about any other mother-son relationship I’ve ever seen on the silver screen.

Click here to see if Room is playing in a theater near you. Check out the trailer for the film below: