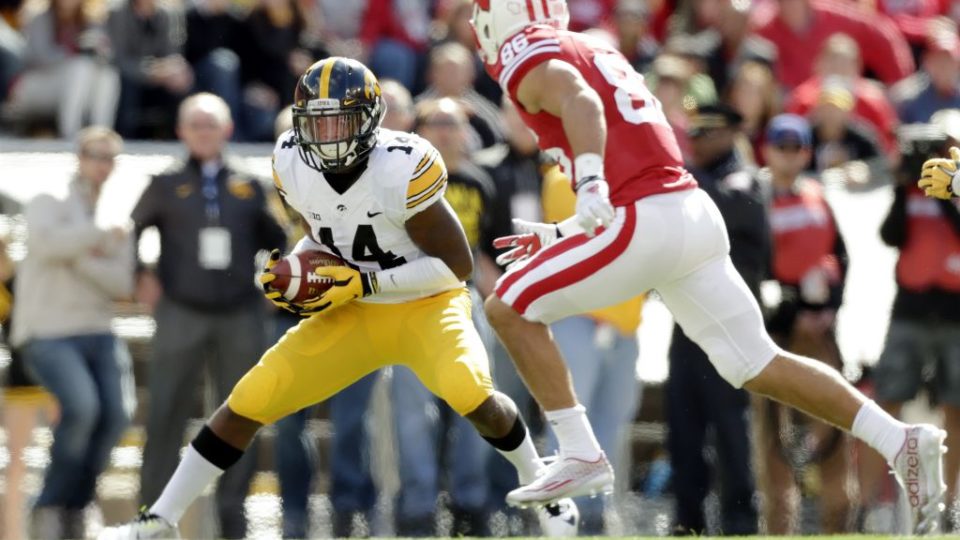 The Iowa Hawkeye defense was in a bend but not break mentality throughout the game, and when it came down to it they made the plays when they had to and escaped Madison with the Heartland Trophy and a 10-6 win over the Wisconsin Badgers.

It is only the fourth time the Badgers have lost at Camp Randall Stadium since Iowa also defeated Wisconsin in Madison in 2009. The defenses for both Iowa and Wisconsin set up the offense in this hard-nosed, physical Big Ten battle. 13 of the game’s 16 points were scored off of turnovers.

Standout Hawkeye cornerback Desmond King stole the show as he has numerous times throughout his Iowa career with two interceptions of Wisconsin senior quarterback Joel Stave.

His first interception midway through the second quarter set up the only touchdown of the game, a one-yard touchdown pass from CJ Beathard to tight end George Kittle.

“I’m just trying to create turnovers and set up touchdowns for our offense,” King said after the game.

King now leads the country with five interceptions through five games this season. The Iowa school record is eight interceptions in a single season, which is held by Nile Kinnick in 1939 and Lou King in 1981.

Along with King, senior defensive end Drew Ott had himself a game. He did not play extensively the last two games after suffering an elbow injury against Iowa State, but after his performance against Wisconsin that included a sack, two and a half tackles for loss, and a forced fumble Ferentz declared Ott “healthy” in his press conference.

As Wisconsin was driving down the field in the waning minutes of the game, Ott was one of the driving forces in Wisconsin turning the ball over on downs with under a minute to go in the game.

“I just told my teammates that if they don’t score, they don’t win,” Ott said.

The defense responded when it had to, and the believers are starting to hop on the 5-0 Iowa bandwagon.