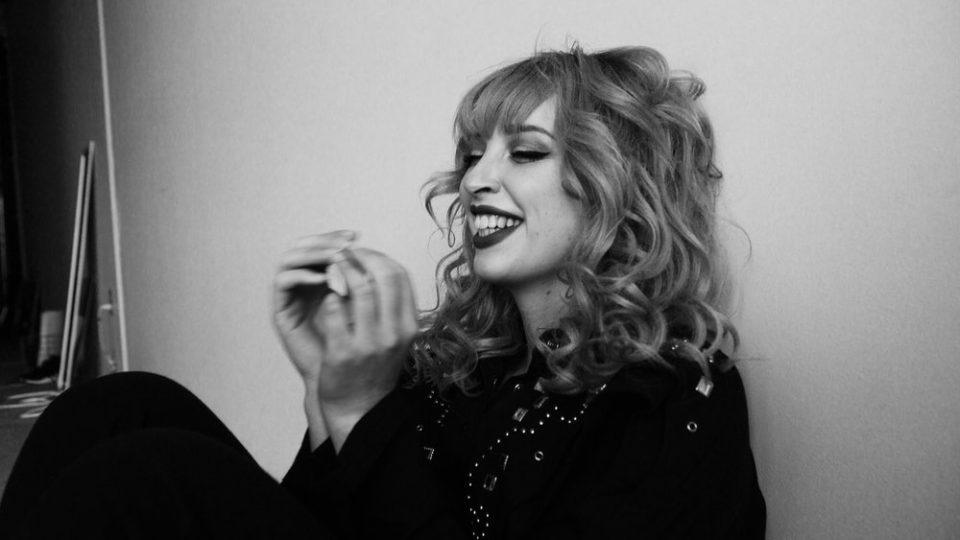 On April 1st, Elizabeth Moen geared up for her anticipated performance with a guitar in hand, gingerly assuming her position at a lone microphone; except this time, it was a little different. The Englert Theatre, typically a hub for musical passersby and enthusiastic crowds was empty—empty on a weekend where the auditorium should be anything but. The annual Mission Creek Festival had also been gearing up for an energetic and packed weekend of artists and authors. After the escalation of a global pandemic, however, the Iowa City staple was forced to reevaluate—swiftly rebranding as Mission Creek Underground with live video performances from six musical acts throughout the April weekend.

Moen, a jewel of the Iowa City music scene, kicked off the offbeat festivities premiering on Facebook and YouTube with a lovingly crafted 15-minute set. “Music is definitely the primary way we as people tend to process our emotions, whether it be creating it, listening to it, or both. I think right now, a lot of people’s feelings, including mine, are pretty jumbled and a little erratic,” Moen said during the set’s video introduction. “I’ve found that writing songs have helped me kind of calm those waves down.”

Just as songwriting calms Moen, the set offered up for her Mission Creek performance was similarly comforting. Clad in her signature blazing red lipstick, Moen’s voice took on an ethereal and meditative quality thanks in part by the echoes of the empty theatre—a natural reverb for her delicately booming voice.

Joined only by her guitar, Moen began with “Where’s My Bike?,” a track, along with the other performed songs, off her upcoming album partially funded by Kickstarter supporters. As Moen deeply processes every lyric and note, it seems to the viewer that she’s playing with her voice—a wild, raw entity ranging in volume and intonation. Moen molds its dynamism, taming it with effortless control, until, with a sly smile, she lets her grasp slip revealing surprise playful adjustments at the end of her musical thought.

Going from soft and silky to rough and rioting, Moen abandons all control as she wails: “I’m sick of singing songs about my exes.” In emotional bursts like these, Moen shines throughout the performance, making her fascinating to watch. Even on a constricting computer screen, Moen comes across as expressive and warm; it’s impossible to look away from her emotionally-etched facial expressions and all the better, because this time, all 2,000 Facebook viewers have a front-row seat.

The final, ringing guitar chords transition quickly to “What’s the Rush?,” a track where Moen employs a soft, Billy Holiday-esque growl. The track feels especially comforting as Moen’s emotion intensity is palpable as she sways. This emotional commitment that trickles through her honeyed voice extends into Moen’s ending track: “Headgear.”

Her performance opens with fluttering guitar and intense concentration. Moen leans into herself with eyes closed, utterly connected to each breath of music. This track, in particular, feels like a welcome treat for those holed up in their own homes as Moen’s presence expands to fill the stage— occupying the role of drum rhythms and responsive audience approval. The gaps of silence instead create a unique concert experience; Moen nods along to imaginary downbeats along with her handcrafted jam session. The fact that Moen is able to project all energy solely to her audience rather than out to an audience creates a more full-bodied power to her delivery.

The lyrics of her three-song set, though not intended for these unique times, fit nicely into a collective yearning for calm felt throughout the world. “Where’s My Bike?” goes beyond an individual whose stuck in a rut not progressing with ambition left behind, along with her bike, at an ex’s garage. Now, its lyrics feel like a wakeup call for all who are caught up with pandemic-caused inconveniences: “I could keep wallowing all afternoon / And only think about my own problems…But now I’ll put my feet back on the ground.” “What’s the Rush?” leaps off its bars of music with a beautifully personified characterization of loss, who “sits at the table / In tattered silks and sulking eyes / too tired to dance to even speak.” “Headgear” acts as an anthem to fight the anxiousness of historic times: “I thought my mind was out to get me / Much faster than my body,” Moen quietly sings. “My mind is faster than it thinks to run / to where it doesn’t need to be.” All of her selected song’s lyrics seem to resonant more than ever, speaking toward uncertainty and not the loss of exes, but loved ones.

Mission Creek Festival is here to comfort its audience during “weird and challenging quarantimes,” as they put it. So far, the festival is already delivering with Moen’s lowkey but refreshing performance and video production that is thoughtfully executed. Although brief, Moen’s act is intimate in the best of ways, even in the least ideal of circumstances. Moen ended her enrapturing set with a simple and endearing sign off: “Cool, thanks.” The humanness of the moment felt like the perfect way to end the start of Mission Creek, with Moen bringing life to Iowa City like she always has.