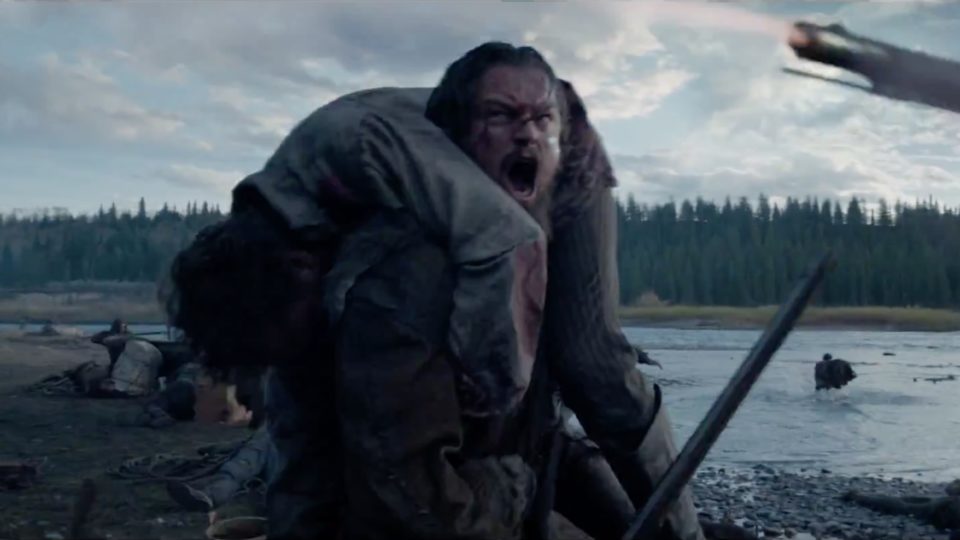 Fresh off of winning the 2014 Academy Award for Best Picture with Birdman, director Alejandro Gonzalez Inarritu is back with his next feature film, The Revenant. Having already won a Golden Globe for Best Picture (Drama), and securing a nomination for the Oscars, Inarritu may be soon become the third ever filmmaker to direct back-to-back Best Picture winners (the others being John Ford and Joseph L. Mankiewicz).

The Revenant tells the tale of Hugh Glass, played by the Oscar-starved ageless hunk Leonardo DiCaprio. The film opens with Hugh and his half-Native American son, Hawk, hunting in the North American wilderness of 1823. We cut between them and their company, a group of American fur traders looking to haul their loot back to town. What follows next is one of the most intense action sequences I’ve ever seen, and one that I’m sure will have a profound influence on the way violence and action scenes are shot from now on. Hints of Birdman can be seen in these longer takes.

Where other films look to make jarring cuts quickly and often during action scenes, The Revenant often chooses to prolong the cuts. Instead of jumping between viewpoints, the camera helplessly pans around, slowly taking in all of the chaos enveloping it. This scene sets the tone for the hellish journey that unfolds over the next few hours.

These traces of Birdman aren’t from the director alone; Inarritu used the same cinematographer as his last award winner, Emmanuel Lubezki (who one an Oscar for both Gravity and Birdman, and is looking for the three-peat with The Revenant). Lubezki’s cinematography throughout the film is stunning. It manages to capture the enormous sky always looming above, and the endless sea of forest trees, while still managing to inspect and analyze the smallest insects and blades of grass. Cutaways to the starry night, streaked with Northern Lights, are intermingled with Malick-esque closeups on nature. The beauty and harshness of nature are both celebrated and feared through the camera, and the cinematography of the film is certainly among its strongest points.

Another major talking point of The Revenant is the performance of Lenoardo DiCaprio. Specifically, whether it will be rewarded with the beloved actor’s first Oscar. Unfortunately, most predictions seem to suggest that the award may once again slip through DiCaprio’s fingers. While his performance is undoubtably moving, I can’t help but feel that it was a bit one-dimensional. It’s clear that DiCaprio went through hell to bring the character to life, as can be seen by the brutal physical torment that he must endure though the film. However, the award is for best actor, not for most physically challenging role.

In the end, DiCaprio ends up crawling, grunting, and shuffling through most of the film. He speaks very little, and doesn’t do a whole lot beyond wince, cry, and scream. His performance as Jordan Belford in The Wolf of Wall Street was much more worthy of an award. On the other hand, Tom Hardy‘s portrayal of the shifty John Fitzgerald is much more nuanced. Part of this has to do with the characters themselves; Glass is a reserved protagonist who becomes driven solely by revenge, while Fitzgerald is a much more complex character. In the end, I wouldn’t be surprised to see Fitzgerald win Best Supporting Actor, and Leo come home empty-handed once again. 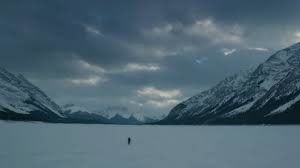 To truly appreciate The Revenant, you have to look at it as an experience more than a film. For the particularly squeamish, it may feel like an endurance test. The film is brutal and visceral. Not only does it feature extreme violence and some amount of gore, it refuses to allow the audience to distance themselves from it. That’s what separates The Revenant from something verging on torture porn. It doesn’t simply torment Glass for the audience’s sadistic enjoyment. Instead, the audience is set in Glass’s shoes and forced to feel his pain. By the end of the film, it’s hard not to feel physically and emotionally drained. And in conjunction with the film’s themes, and in particular its ending, the audience feels as if a feat has been accomplished; a journey complete.

But what was the final prize, and was it worth the heavy cost?

Click here to see if The Revenant is playing in a theater near you. Check out the trailer for the film below: