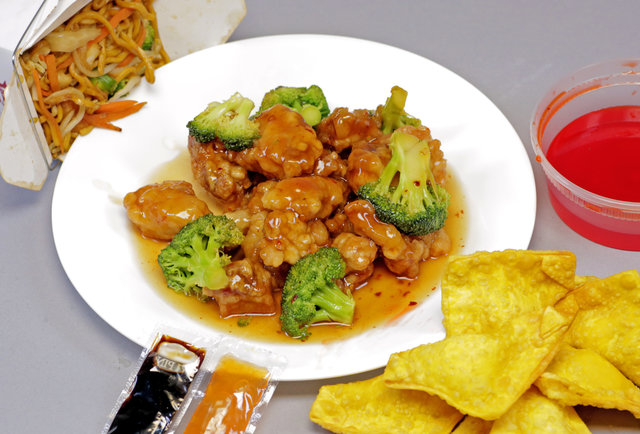 Those dishes are, but not limit to General Tso’s chicken, sweet and sour chicken, Mongolian beef, crab Rangoon, and, of course, the fortune cookies. But did you know that many of those “universal dishes” are actually Americanized Chinese dishes?

In this article, we will talk about three different Chinese foods that can be considered “universal” Chinese foods in the United States: General Tso’s chicken, crab Rangoon, and fortune cookies; their origins, their ingredients, the history of the food, and how people think about them.

General Tso’s chicken uses breaded chicken with sweet, sour, and spicy sauce. The dish is always served with broccoli.Although there are many versions of the origin of the General Tso’s chicken, there is a common notion that the dish is either from Taiwan, or created by a cook in the New York City. As many people have already guessed, there is no such dish in mainland China. However, there are dishes that use similar cooking styles in the Hunan providence in China.

If we say that General Tso’s chicken was based on some kind of origin Chinese cooking style, then the crab Rangoon is almost having nothing to do with China.

Crab Rangoon uses cream cheese and wonton wrap as its main ingredients. The cook wraps the cream cheese inside the wanton wrap, and deep fries it until crispy. Although crab Rangoon can be found in almost all the Chinese restaurant in the United States, again, this dish has nothing to do with Chinese food.

After the tasting, Mentao liked the taste of the crab Rangoon, but refuse to recognize it as Chinese food. Walker likes it, and McKenna did not like it.

So now that you know where these dishes come from, do you still want to eat them? All of our guests agreed that as long as they taste good, it’s okay that they are not really authentic Chinese foods.

How do you feel after you learn the origin of these foods? Are you surprised? Feel free to comment!