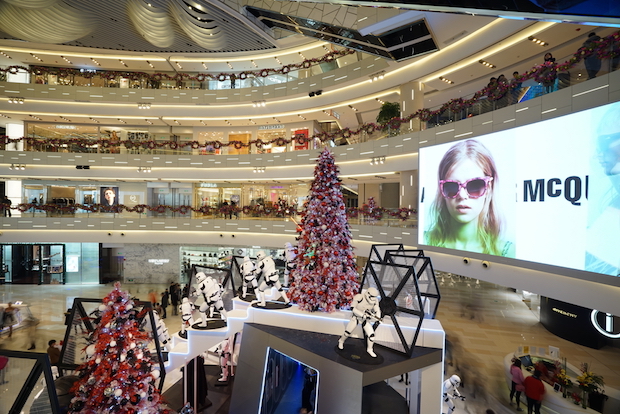 We all know that Christmas is a Western holiday that is relatively new to people in Asian countries. In recent years there has been debate in the United States about whether we should apply an originally Christian holiday to all the people in the US no matter their religion. The debate takes place in different forms over different things, from whether you should say “Merry Christmas” or “Happy holidays” to a non-Christian, to the debate over Starbuck’s new red holiday cups.

Christmas: The day of sale

Christmas is not a legal holiday and is not recognized as an official holiday by the Chinese government. However, this does not stop people in China from celebrating this Western holiday. Besides a small amount of Chinese who are Christians actually celebrating the religious holiday, many companies and retailers in China see this as a new reason and a new way to sell their products and to boost their sales.

For example, tmall.com, one of the biggest online retailer in China, did a Christmas sale from Dec. 14th to Dec. 25th, featuring huge discounts on all kinds of different “imported” goods as well as all kinds of products from food to electronics.

2015 has left and we have entered a new year. We have experienced happiness, hope, and surprise, as well as fear, and horror. 2016 will be a whole new year for everyone, and I will keep giving you all kinds of information about Asia, the US, and everything around the world.