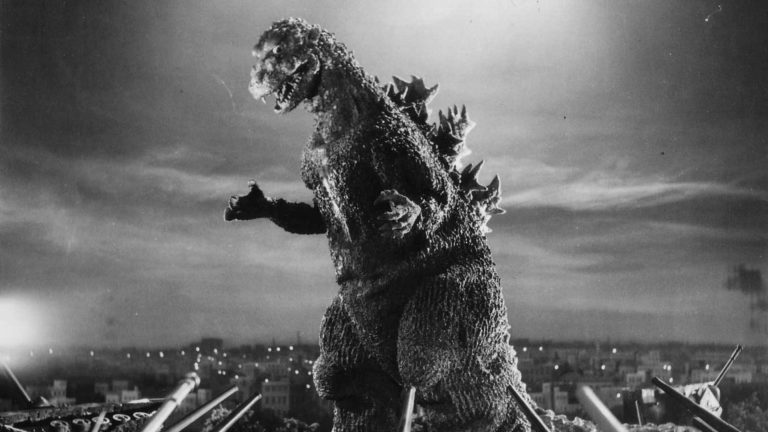 Cars, Anime, Sushi, and that crazy bubble economy in the 1990s: These are the things that people are likely to think of when they heard the word “Japan”, even they do not have too much knowledge about Japanese culture. Japanese films, however, has generally been ignored by people in the Western countries.

The Japanese film industry is suffering due to the economy and big-budget Hollywood films. However, during the past 70 years, from the end of WWII to the present, Japanese filmmakers have made a lot of magnificent films. In this article, I’m going to recommend some good Japanese films to you.

Godzilla, probably one of the most famous Japanese monsters ever known to the Western world, first came out of the ocean in the film Godzilla in 1954. In an era without CGI and computer-generated special effects, the 1954’s Godzilla was actually a man wearing the Godzilla costume destroying scaled model buildings.

One thing that you should know while watching this film is that the creation of Godzilla in 1954 is quite different than today’s version. The Godzilla monster was created as a result of America’s nuclear testing in Bikini Atoll in 1954, from the mutation caused by the radiation and fallout created by the test. The Godzilla was created as an anti-nuclear weapon monster to protest the pollution the bombs have caused  on the environment.

Kwaidan is probably one of the earliest color horror films that was made in Japan. The film contains four different stories based on Japanese folk tales: The Black Hair, The Woman of the Snow, Hoichi the Earless, and the Tea Cup. Unlike today’s fast-paced Hollywood horror films which feature jump scares and a lot of bloody scenes, Kwaidan may look slowly-paced and kind of boring in the first twenty minutes. But I can assure you that you will find it interesting and scary in the end.

This film is about a story of a serial killer Nishiguchi Akira. Instead of the standard “cats and rats game” in most serial killer films, Vengeance is Mine focuses on the serial killer himself. We can see how a Catholic child in southern Japan grew up to become an infamous serial killer.  The film is a classical combination of thrillers and detective stories.

I hope you enjoy these films. If you are looking for more Japanese films, you can look into the following titles: Seven Samurai, Ran, Madadayo, The Crazy Fruit, HANA-BI and Ju-on.

Yihao is also the host of the show at KRUI every Wednesday from 3-4 pm. The show focuses on international students’ issues in Iowa City, as well as introducing different cultures around the world.