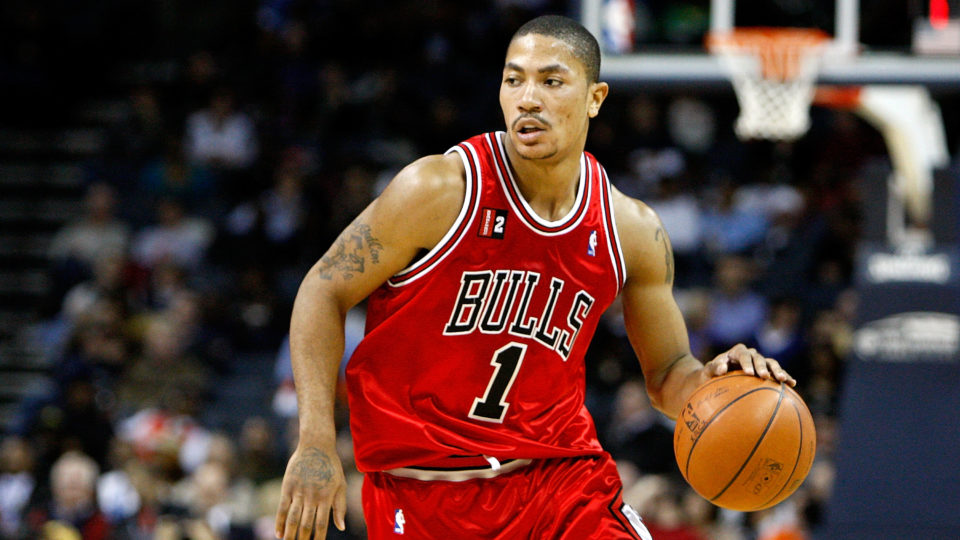 The most prestigious of the annual individual player awards in the NBA is, without question, the Most Valuable Player award. This season’s crop of candidates for the Maurice Podoloff MVP trophy include the likes of LeBron James, Kevin Durant and Chris Paul, to name a few.

Here are some of the major candidates for Comeback Player of of the Year honors:

D-Rose will be making his long-anticipated return to the NBA regular season after tearing his ACL in Game 1 of the 2012 Eastern Conference Playoffs against the Philadelphia 76ers in Chicago.

Kobe tore his left achilles in a regular season contest against the Golden State Warriors last year, and is expected to make his 2013-2014 debut after at least a month from the season opener, if not longer.

The Celtics’ magical floor general rather curiously tore his ACL during last year’s regular season, and is still out of the lineup indefinitely. When he returns to the court, he’ll be joining a new look Boston team under young first year head coach Brad Stevens.

The super athletic Thunder point guard suffered a lateral meniscus tear in his right knee after colliding with Houston’s Patrick Beverly during the 2013 Western Conference Playoffs. Once Westbrook completes his recovery and is reinstalled in the OKC lineup, the Thunder aim to be a contender for the Western Conference title.

Granger has been sidelined for a variety of injuries in recent years, ultimately forcing Indiana to rely upon their blossoming superstar Paul George, an extra talented wing player out of Fresno State. Granger recently strained his calf, which will keep him off of the court for an additional three to four weeks. If he can return to his older self, he may still have a shot at contending for this award.

The extroverted Andrew Bynum has been rehabilitating from back and leg injuries that have prevented the seven footer from playing in an NBA game in over a year. In fact, after being traded in the Dwight Howard-Lakers trade to Philadelphia, Bynum never made an appearance for the lowly Sixers, and has since signed with the upstart Cleveland Cavaliers. If this talented big man can anchor the middle like he often did in Los Angeles, look out for the Cavs to be a sneaky playoff team in the East.

Okay, hear me out; the once washed up monster in the middle that is Greg Oden has recovered from multiple knee surgeries and personal turmoil and returned to the NBA, signing with the back-to-back champions, the Miami Heat. While Oden will likely be used sparingly, if he manages to show a career-restoring replication of his younger dominant self, perhaps he can emerge as the sentimental favorite in this race.

If preseason play has been any indication, Derrick Rose looks poised to be the favorite for this award, and his impressive return has led some Bulls fans to believe their hometown hero can become a serious MVP candidate as well.

There are certainly a plethora of fantastic story lines heading into this upcoming NBA season, but I’m going to play awfully close attention to see how the race for this award plays out.

As you can see, if there ever was such a year, this is certainly the NBA Year of the Comeback. I can’t wait to see how it unfolds.