The season has finally gotten to the half way point and it has been nicer to some teams more than others. There have been a lot of ups and downs this season half way through, but there are some teams that have not gotten it done. These four teams make my list of teams that desperately need a change of pace in the second half. 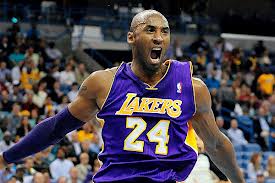 Alright, I will say this topic has been beat over the head well after it died, but that does not change the fact that the struggling Lakers have a great deal to improve on if they hope to succeed in the second half of the season. At the beginning, everything seemed bright. They signed free agent Steve Nash and traded to acquire Dwight Howard in the off season so nothing could look more positive. Then the season began. Nash got hurt. Pau was underachieving and got hurt. Dwight Howard got a shoulder injury and started to underachieve. This was just the beginning. They fired coach Mike Brown after only a handful of games and brought in Mike D’Antoni, who is known more for his offense than anything else. All this thrown together equals a team who finds themselves relying solely on Kobe once again and being seated in third place in the Pacific Division behind the surging Clippers and the young and surprising Golden State Warriors. Not only do they have an break even division record at 5-5 but they are terrible in conference at 14-19 and absolutely terrible on the road at 9-18. They are not dead in the water just yet because there are plenty of games left and with ace point guard Steve Nash, super star Dwight Howard and future hall-of-famer Kobe Bryant, nothing is said and done. They will need to improve their record on the road because very few teams succeed in the playoffs with a sub .500 win percentage on the road as well as their perimeter defense because they do not have any lock down defenders outside of the aging Metta Worldpeace. If they improve these two areas, they have an outside chance of making the playoffs as a low 8th seed. 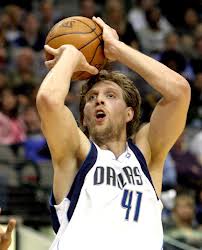 Even though it kills me to have to say this, the first half of the season has seen a perennial playoff team fall to the bottom half of the conference. Even thought the Southwest Division can be argued as one of the toughest in all of basketball, it is still no excuse to see the Mavs in fourth place, only above the struggling

NO Hornets (Pelicans). It was always going to be a tough season starting with 8 new players with Darren Collison and OJ Mayo headlining the free agent signings,  and their superstar Dirk Nowitzki being sidelined for most of the first half after knee surgery, but no one saw this skid coming. Mayo was a bright spot as he started out shooting over 50% from 3’s and leading the team in scoring, but with the point guard situation being in shambles with Collison and Beaubois being hurt and having to bring in the ancient Mike James and Derrick Fisher and Mayo cooling off, the team started to fall apart and big time. Of their free agent signings, Collison was hurt and under performing until right around the all-star break, OJ Mayo has been up and down, Chris Kaman is lost and Dantay Jones hasn’t played. That spelled disaster and when Dirk came back as he had a lot of ground to make up. They tripped into the all-star break with a sub par 25-29 record and  they are seated at 11th in the conference but there are a few bright spots. With Collison and Beaubois being healthy, Shawn Marion having a great season, and Dirk finally getting off the shelf, they have solid pieces to make a run at the last playoff spot.  However, they need to shore up their work on the glass and work on team defense in order to accomplish this difficult feat. 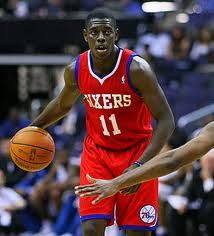 At this point last year, the 76ers were hovering around the 5th seed in the Eastern Conference and with Doug Collins at the helm, this team had no where to go but up. This season has shown a complete 180 as they sit out of the playoffs and find themselves shaking their heads. This could be attributed to the fact that other teams in their conference have made vast improvements such as the Knicks and the Brooklyn Nets, with the Bulls and Heat staying relatively steady. It could also be attributed to the fact that they traded their superstar Andre Iguodala to the Denver Nuggets so they could acquire Andrew Bynum, who would rather go bowling then play basketball. Whatever the case, they have had to rely more on Jrue Holiday and Evan Turner, who have performed, but it hasn’t been near enough. Their road record is abysmal at 6-17 and this can be linked to the fact they only shoot 35% from the field and only put up 85 points, which is about 7 less per game than their average. The 76ers will not make the playoffs at their current pace, but if they get out of their road funk and get Andrew Bynum back at some point, this might help them make a run at it. 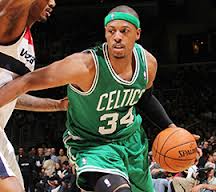 Last but least, the Celtics round out the list. They started off the season red hot and looked like a shoe in to make a run at the conference finals yet again, but hey, it is the Boston Celtics. Then they hit a rough patch where they looked out of sink and they started to lose to teams they should beat. Then, just as things were starting to look up, the future of their franchise Rajon Rondo tears his ACL and is lost for the season. This was a huge blow to the team, but this is not the only aspect that is holding them from making a big run in this year’s playoffs. The biggest aspects are their road struggles and the disappearance of their superstar and future hall of famer Paul Pierce. The road struggles have been constant all season and it is highly uncharacteristic of a Doc Rivers team to be outclassed on the road. They average 7 less points and are giving up about as many to their opponents. Not only that, Paul Pierce has been non-existent at the end of games. Statistically, he is one of the best closers at the end of games, but he has shrank in the spot light this year compared to shining in it. This coupled with the loss of Rajon Rondo and his 11.1 assists per game, they are struggling to find offensive flow. They got going before the break going 7-3 in their previous 10, but going into the second half, they will have to rely more on Kevin Garnett and Paul Pierce and with the amount of minutes each has played and with very few others stepping up, this could prove as a tumultuous season ending for the Celtics. Even if they make the playoffs, there will be several questions they have to answer in order to catapult teams like Chicago, Miami, Brooklyn and New York.