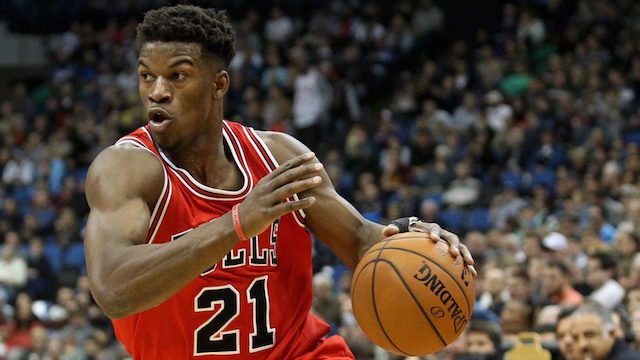 The 50 (54 to be exact) first games for the Chicago Bulls this season have been a lot like the movie 50 First Dates starring Adam Sandler and Drew Barrymore.

The Bulls are Barrymore, a team that has no identity and has to constantly be reminded by Adam Sandler, or in this case head coach Tom Thibodeau, of who they are: a title contender.

Up to this point however, coach Thibs hasn’t been as successful as he’d like to be. In the past the Bulls have been the hard-nosed defensive team that wore teams down and fought until the end.

That killer instinct has faded many times this season as they are giving up 99.1 points to opponents and the only consistency we’ve seen from them as a unit is their inconsistency. One night they’re beating the feared Golden State Warriors on the road in double overtime and the next they’re falling apart against a lowly, Kobe-less Lakers squad.

Some may argue it’s the injuries as the Bulls have gone through stints, some short some long, missing guys like Joakim Noah, Taj Gibson, Mike Dunleavy, Jimmy Butler and the list goes on. In fact, they’ve only had their starting five together for 20 games this season.

Yet, even when healthy the Bulls seem to lack the killer instinct and toughness that had propelled them through playoff runs as underdogs in the past. Nazr Mohammed disagrees however and thinks grittiness is still there, “We got us a dog. We got us a couple of dogs…There’s nothing in particular that we need. It’s more of us not having focus and desperation, along with the understanding of what it really takes to win a championship.”

We have seen Tony Snell step up as of late and Derrick Rose continues to show more and more flashes of his glory days. Noah has been on the ups and Pau Gasol continues to have what may be the best year of his career. First time all-star Jimmy Butler has been a treat to watch besides a slump in January and Aaron Brooks is the latest piece of evidence that proves any decent point guard can succeed in Thibs’ system.

So fine, maybe they do have some “dogs” but what’s scary is that Mohammed mentioned the Bulls not having focus. With only 28 games left in the season the Bulls must get focused immediately if they’re serious about bringing a title back to the Windy City.

Finishing the first half on a four game winning streak with a huge win against division rival Cleveland, who had stolen the first two of the season series prior to that Bulls 113-98 victory, was a very necessary step in the right direction.

Now well rested after the all-star break and seemingly healthy the Bulls will have to put it all together in the final months. They start the last stretch on Friday at Detroit before heading home for a big seven game home stand.

The pieces are in place to succeed. If they really want this all they need to do is focus.