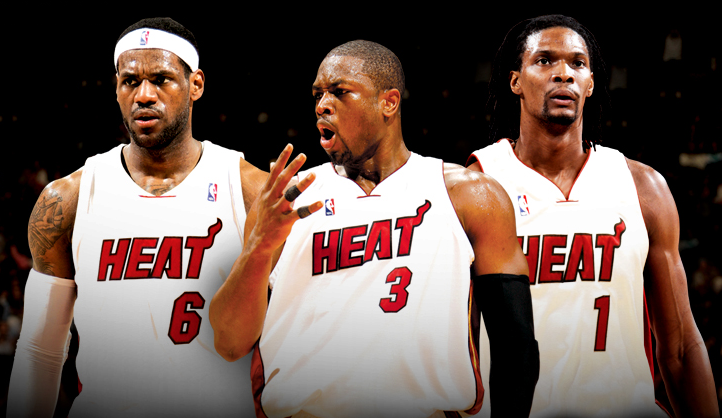 Monday March 25, the Miami Heat took on the Orlando Magic in a game that ended with final score of 108-94, Miami. This game marks the Heat’s 27th straight win and there’s no sign of them slowing down.

The Heat are a team that either everyone loves to hate or has intense adoration for, there simply is no in between. Even though I am a part of the “Heat Hate” group I must give credit where it is due. From a facts and performance standpoint, opinions aside, there just is no other team in the NBA doing what Miami is. It poses the question, what is the secret? What does this team have that no one else in the NBA has? Most people’s quick response is Lebron James, but there is obviously way more to it than that. Cleveland had Lebron for seven years and we didn’t see 27 game winning streaks from them so that’s not the sole factor.

In these recent games Wade has been out with a knee injury and the heat have still been shutting it down. It is rather apparent though that the Heat would have won the past three games (Detroit, Charlotte, Orlando) , even if both Wade and James were out.

This impressive streak that the Heat going is the second-longest in the NBA. The only other team we’ve seen this from is none other than the Lakers. In my opinion  the Miami Heat are an excellently coached group that has an added benefit of extremely talented players. The chemistry between the group seems also to be a huge factor. In the game against Orlando you had players like Mario Chalmers coming off the bench with 17 points, and Ray Allen with 12. I definitely think that is another necessity when it comes to building a power team.

One thing I do admire about Miami is their style of play. They’re not modest on the court. There’s a certain sense of cockiness on the court that works in their favor. In fact, I’d argue that’s where some of their success stems from. You go into a game knowing the artillery you’ve got and you fire. They come out strong and bring intensity to each team they play. You won’t see them slow down the pace or slack off once they’ve got a comfortable lead. They’re content with running their opponent straight into the ground if they can. The way I see it, if you’ve got it flaunt it. No one else exemplifies that mantra better than James who says, “We’re not taking this team for granted…wins are hard to come by and teams like this are rare…”

I suppose it’s reassuring to know that James manages to stay somewhat humble through this stretch of recurrent successes.

Miami will continue on the road heading to Chicago, New Orleans, and ending in San Antonio.