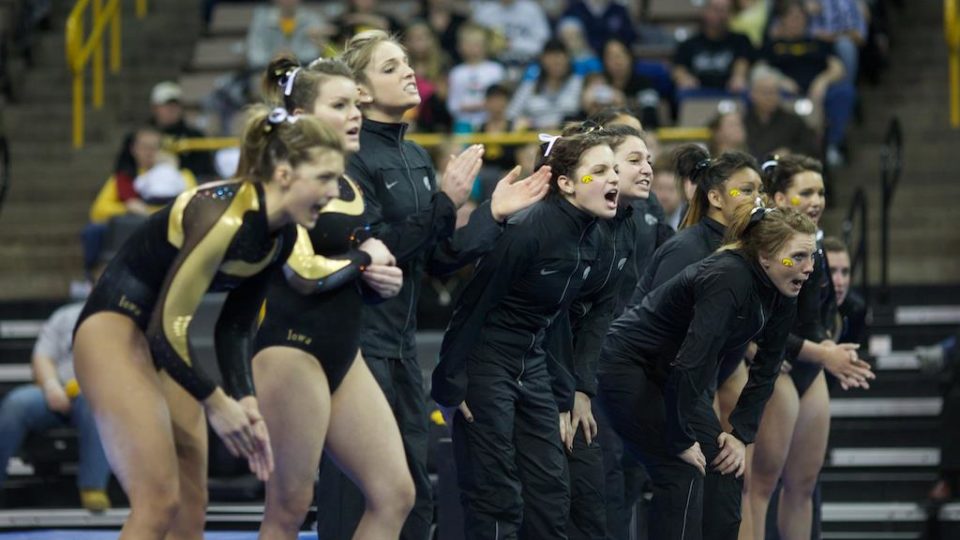 – Head coach Larissa Libby is entering her 9th year as head coach at Iowa. Under her, the GymHawks have made seven NCAA postseason appearances, including five in a row. The Hawkeyes finished seventh in the conference last year at the B1G Championships. Libby was the 2009 North Central Region Coach of the Year. The top 10 school records on the beam have all been set during her tenure.  Libby worked as associate head coach for a year and assistant coach for three years here at Iowa before becoming head coach.  She was a member of the ’87 and ’89 Canadian world championship teams, and was a member of the Canadian Olympic team in ’88.

– Emma Stevenson, a Winfield, Illinois native, is a senior integrative physiology major.  She competes in the floor exercise, vault and the bars.  Emma was on the B1G All-Championship Team last year.

– Emma Willis, native of Sarnia, Ontario, is a sophomore English and journalism major.  She competes in the all-around.  Emma represented Canada at the 2010 World Championships, and was named B1G Freshman of the Week on 1/9/12.