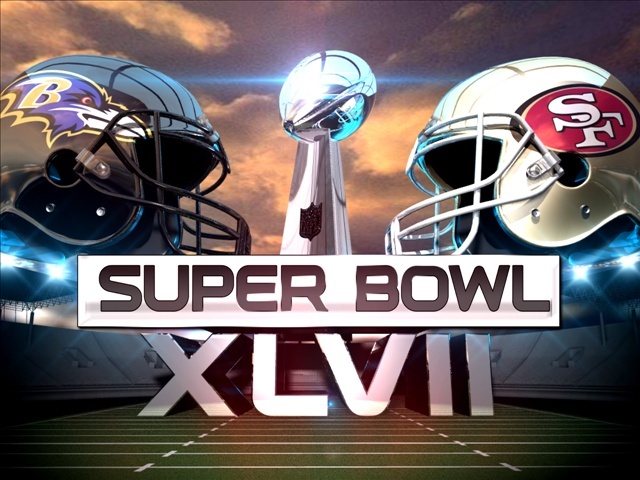 Super Bowl Sunday is fast approaching but not without numerous story lines along the way.

When the San Francisco 49ers and Baltimore Ravens meet on Sunday in New Orleans, it will be the first time that two siblings will face each other on opposite sidelines in the Super Bowl with Jim Harbough coaching the 49ers and older brother John heading the Ravens. It will also be the last game for linebacker Ray Lewis, who will retire following a 17-year career in the NFL. There has also been a report that Lewis used performance-enhancing drugs to recover from a triceps injury suffered earlier in the year. Additionally, Randy Moss decided to proclaim himself the greatest wide receiver of all time.

However, lost in all of this is who will actually win the game on Sunday. The 49ers boast one of the best defenses in the NFL, ranking 4th in the league in passing and rushing yards allowed. Additionally, they boast the 4th best rushing offense in the game with a plethora of running backs and the emergence of elusive quarterback Colin Kaepernick. On the other sideline stand the Ravens, who are one of the hottest teams in the NFL, boasting the most net offensive yards of any team in the playoffs. Quarterback Joe Flacco is playing some of the best football of his career and the defense is playing inspired football.

So, with Sunday fast approaching, it’s time to make your picks.

“The 49ers are the better football team. After the play of Kaepernick in the divisional and championship rounds, I am convinced that he can lead the 49ers to victory. While the Ravens may be able to stop him from running, they can’t stop everyone and Kaepernick showed against Atlanta that he can throw when he needs to. Defensively, San Francisco struggled against the Falcons in the first half but showed they can make adjustments. I expect them to limit Flacco and the Ravens. Plus, I picked the 49ers to defeat the Ravens back on August 19th.”

Derek Helling: Ravens
“The question of this Super Bowl is defense. Will the Raven defense be able to contain the running game quintet of Colin Kaepernick, Frank Gore, Anthony Davis, LaMichael James and Kendall Hunter?  Can Baltimore’s linebackers match up in coverage with tight ends Delaney Walker and Vernon Davis?  On the flip side, can the 49er secondary, shredded by Roddy White and Julio Jones in the NFC Championship, perform better against Torrey Smith and Anquan Boldin?  Can the front seven get enough pressure on Joe Flacco to limit the opportunities for the plus-yardage completions?  These questions will be answered and I believe it will be Baltimore answering them.  The Ravens will win 27-24.”
Jeremy Meyer: Ravens

“Baltimore’s defense is the most cerebral in the entire league. Giving their front 7 two weeks to prepare for the pistol is definitely beneficial to the Ravens. If Kaepernick tries to throw, he better not throw it to the center of the field, where Ed Reed consistently lurks. While the Niners may be more physical, Baltimore’s offensive line will give Flacco time to throw the ball, especially to Bolden, who shines in bump-and-run coverage against physical corners.”

“I’ll take the Niners. I might regret it, because that means I’ll have to listen to Jordan gloat on Monday.”

“I like the age and wisdom of the Ravens to beat the young 49ers.”

“Baltimore wins because Flacco is just a tad more seasoned than Cap’n Kaepernick. Ray Lewis’ head explodes an hour before kickoff.  The other ten members of Baltimore’s defense cap the Captain as best they can, playing disciplined in space.”

“The Ravens will win the Super Bowl based on their ability to throw the deep ball.”

“San Francisco 49ers. That defense will not cave like Denver’s did and Randy Moss has one last big play left in him.”

“49ers. Easily. Because Ray Lewis is an old fart.”