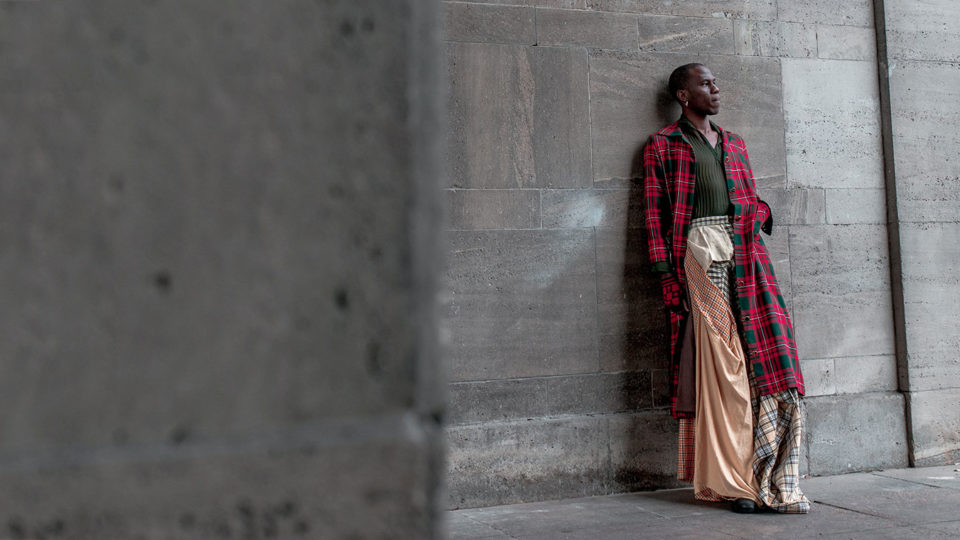 Yves Tumor is an artist shrouded in mystery. Not much information is known about the experimental electronic act, save for the two albums he has released entitled “Serpent Music” and “When Man Fails You”.

Journalists aren’t even sure the real name of the man behind Yves Tumor. His enigmatic personality gives way to what truly matters: the music.

Yves Tumor started playing music at age 17, learning how to play guitar and teaching himself to play the piano. First being introduced to bands like Nirvana, Led Zeppelin and Jimi Hendrix, Tumor eventually grew to gravitate towards electronic music.

The melding of rock elements and abrasive electronics gives Tumor’s songs- especially live- a certain bite to them that has to be seen in person to fully understand.

Midnight struck at Gabe’s Oasis, and the lights went completely dim. The room was pitch black, and a crowd formed right in front of the stage.

The show opened with a cacophony of noise, with the sound of a machine gun going off interspersed with heavy industrial synths. Still pitch black. People covered their ears, fidgeted in discomfort, and waited for the shrill noises to cease.

On stage, no lights were present, save for some tiny dim bulbs at the back of the stage that faintly outlined the dark shadow of Yves Tumor.

He slid around the stage as the intense wall of sound reigned over every person that was present.

After being at the concert for around 30 minutes, I couldn’t help but hear the similarities in Tumor’s music to that of Kanye West’s “Yeezus”.

The uncomfortable and pulsing synths, wailing screams and loops of industrial samples were jarring, but addictive.

Tumor’s voice was in the background on many of the songs he played, faintly making its way through the harsh wall of sound that was present. The dark outline of Tumor’s body on stage, paired with the dark and haunting atmosphere made it seem as though he was stuck in a nightmare trying to emerge on the other side.

Tumor came off the stage multiple times and slithered his way through the crowd, yet it still never seemed like he was there; it felt almost as if you would reach out to touch him and your hand would pass through him.

The concert was unlike anything I’ve ever experienced. It was at the same time jarring, abrasive, and oddly soulful. The energy that Yves Tumor put out on stage was unmatched, and made for a thrilling concert.