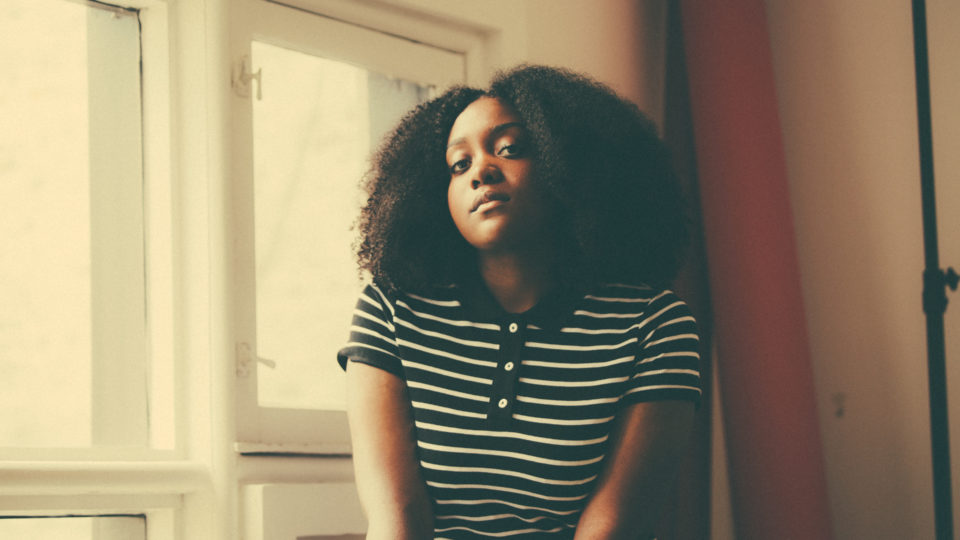 This article may contain offensive language some readers may deem inappropriate.

If I had to sum up the work of rising Chicago hip-hop star Noname in one word, that word would be “bittersweet.” Case in point: her stellar 2016 debut mixtape, Telefone.

Written after the deaths of her grandmother and mentor, poet Brother Mike, “Telefone” is a portrait of immense grief but it is also a showcase for Noname’s vibrant lyrical imagination. Filled with small details, character sketches and vignettes, each track on the record feels like a world unto itself.

Consider the child caught sneaking a $20 bill from his mom’s purse in “Diddy Bop,” the crowded coffee shop in “Reality Check,” or the “casanova with a catalog of dinner dates” in “All I Need.” These moments show off Noname’s eye for key details, with the effect of creating vividly real, tangible, and fleshed-out scenes for listeners to step into. Noname’s Chicago is nothing if not complicated, a city of carefree summers spent “eating ice cream on the front porch” but also of “badges and pistols rejoicing in the night” as well.

On display, too, is Noname’s ability to ground her personal experience in the larger world around her. In verse after verse, she ties her own anguish to the present political moment and to the broader history of the black experience in the United States.

One standout moment is the verse “Reality Check” where she imagines her grandmother’s ghost appearing to provide some blunt perspective on the anxiety and uncertainty that Noname endures as a young artist: “You know they whipped us n***** / Why you afraid to rap?” Incisive, plainspoken moments like these infuse the record. Noname’s prescient political and historical insight from the heartrending emotional core of her work.

Noname’s poignant verses are backed up by a lush, mellow production from Chicago peers Saba and Cam O’Bi. The pair is known for their work with Chance the Rapper. Like “Acid Rap” and “Coloring Book,” “Telefone’s” sound is steeped in IDM and Motown influences alike. Here, warm synths and skittering beats combine with jazz piano and sampled barbershop vocals to create a mood that manages to be nostalgic without ever feeling dated or derivative.

Her live band, which includes producer Phoelix on bass and vocalist/composer Akenya Seymour on the keyboard, tends to more strongly capture the soul and jazz elements of her sound. Shimmering Rhodes piano, call and response vocals, and ultra-clean electric guitar are all prominent. Their recent appearance on NPR Tiny Desk Concert, featuring a medley of “Reality Check”, “Casket Pretty”, and “Bye Bye Baby”, highlights the live band’s subtly improvisational interplay: you can watch it here.

Noname’s Englert performance will be her second in Iowa City following an appearance at the IMU Ballroom in support of the Black History Month Talent Show last February. Arima Ederra, a Los Angeles-based alternative singer-songwriter, will be the opening act.