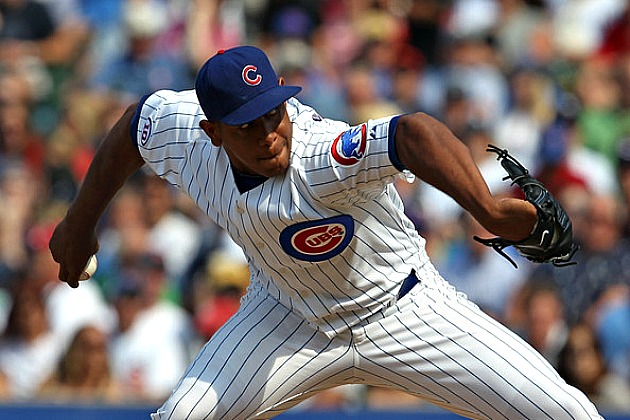 What a Goof: College conferences and members are constantly shifting, and in moments of change, new t-shirts and other merchandise must include every school in the new-look conference.  Before that new apparel gets circulated into the market, you would think that the clothing would be accurate.  Not so, as Aggieland Outfitters released a new SEC T-shirt that has a couple of big flaws in it.  The shirts, shockingly, do not include Texas A&M, the school where Aggieland Outfitters is based.  New SEC member Missouri is also absent, but the state of North Carolina is somehow represented while their schools’ athletics representation remains in the ACC.  Does proofreading mean anything to a college store?  I would think so, since it is a huge part of many classes a college offers.  But I just cannot get over how Aggieland Outfitters left out their own school.  The store is not directly affiliated with Texas A&M, so it will avoid fines from the NCAA for its silly mistake.  The big reason the store makes my Bottom 5 this week, however, is for leaving out the two schools that have made high-profile moves to the SEC, one of which is the school you profit from, while somehow including the state of North Carolina, which has three power conference schools, none of which are in the SEC.

NHL Fighting: Before anyone gets angry with me and wants to start a fight, I understand that fighting is a big part of hockey; it’s an aspect that makes the sport unique.  As many people have noticed this postseason, there have been more fights (and more mayhem) than in any previous season in NHL history.  I am a fan of pugilism on the rink, but there have been too many nasty hits, fines, and general brawling than I can take.  I already put Shea Weber on my previous Bottom 5 edition for his runaway fisticuffs. There just have been too many fights, staining the postseason for me in a shade of bergundy.  The point really is to win, not to agonizingly slow the game with needless fights.  This is the NHL, not the UFC.  The Phoenix Coyotes’ Raffi Torres ignited a huge controversy when he took out Blackhawk Marian Hossa in Game 3 of the series.  Goon behavior is becoming too prevalent in the postseason, taking away from major headlines (like the L.A. Kings destroying the #1 seed Vancouver Canucks, or Alex Ovechkin’s dreams of winning a Stanley Cup diminishing with each passing season).

Broken BCS Trophy: One of the funniest spots in my Bottom 5 this week belongs to Carleton Tinker, the father of an Alabama football player, for breaking Alabama’s crystal football national championship trophy.  He actually tripped on a rug walking by the trophy and accidentally knocked the piece off its stand, likely shattering it into thousands of tiny crystal bits.  While Tinker was extremely apologetic for his actions, he still gets the nomination for breaking something worth $30,000 (and a whole lot more to Crimson Tide fans).  The school is ordering a replacement, but I cannot imagine how his son must feel.  He has probably received a lot of chiding from his teammates.  I would not be surprised, either, if his coaches have made or make him do extra drills—or perhaps carry the equipment—for his father’s slip up.  Breaking the championship trophy is any fan, coach, or player’s greatest nightmare.  I know parents have a duty to seemingly embarrass their children, but that may have been too much for Tinker.

The Falling 76ers:  In early January, the Philadelphia 76ers were viewed as the favorites to win the Atlantic Division, and Doug Collins was a potential candidate for Coach of the Year.  Now, the 76ers are the #8 seed in the east and in danger of falling out of the playoffs.  They are 4-7 in their last 11 games and only lead the Milwaukee Bucks by 3 games.  That is still a huge lead to squander, considering there are only 3 games left for Philadelphia—though one is against the Bucks.  The 76ers did win in overtime at Indiana on Saturday.  It would be one of the franchise’s most historic chokes if they somehow end up falling out of the playoffs in their manageable last three games.  One thing is for sure, however: If they do make the playoffs, they will be first-round fodder for a better team.  The Bulls or Heat will destroy this team because their youth and inexperience is inconcealable at this point.  Jrue Holliday and Andre Iguodala must find their usual groove and tempo if they want to win a championship this season.  Their current free-fall is a clear goof of how good (or bad) this team really is.

The Lovable Losers: Who else could this possibly be?  The Chicago Cubs, of course!  I just love taking shots at the North Siders, as I am a White Sox fan and relish in tearing down our rivals anytime I have the chance.  This should come as no surprise to my friends and family that the Cubs are in my Bottom 5, as their current goofs and constant mistakes have earned them an abysmal 4-12 record in this early season—with problems all over the team.  While Theo Epstein still faces Lebron James-to-Miami pressure to win a World Series this year, clearly that will not happen.  The Cubs bullpen is atrocious and the hitting is more along the lines of whiffing.  You cannot win if you cannot score, and the ‘pen really hasn’t kept a game close all year.  I sort of regret drafting Carlos Marmol in one of my fantasy leagues, because he has only one save and has not pitched well.  He is just one of many problems plaguing this team.  Newly acquired outfielder David DeJesus has not hit well in the leadoff spot, which is what he was brought in to do.  His play has been anything but devine.  The starting pitching has been there in terms of Ryan Dempster and Jeff Samardzjia, but Chris Volstad and Paul Maholm have been awful.