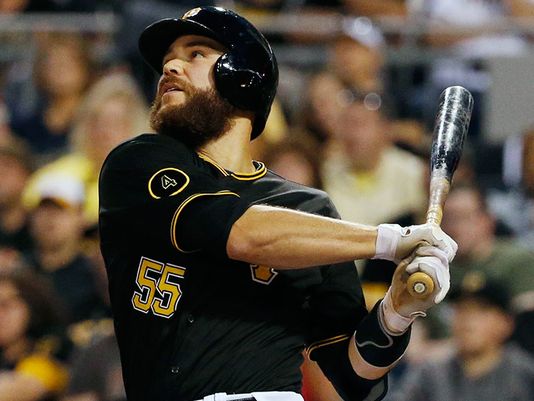 After the hiring of Joe Madden, many Cubs fans are expecting team President of Baseball Operations Theo Epstein to spend big time money for a big time free agent this offseason to help the Cubs creep back into contention in the National League Central.  While many are expecting top of the rotation starting pitching to be Epstein’s main focus, there are plenty of reasons to believe that he will splurge on a former All-Star battery mate for his team’s pitching staff, Russell Martin.

Yes, John Lester is an intriguing option that makes a lot of sense for the Cubs. He is still hanging on to his prime at the age of thirty, and he pitched for the Red Sox while Epstein was the general manager in Boston, helping them win a World Series in 2007. The two have maintained a close relationship, and since Epstein has left Boston, Lester has continued his success, winning another World Series in 2013 while posting a .59 ERA in two starts during that World Series.

He is 116-67 with a 3.58 ERA for his career to go along with a postseason ERA of 2.57 in 14 career appearances. While the Cubs have the money right now to afford the assuredly expensive Lester, they still have enough money next offseason to sign an ace, when the market is much larger with pitchers like Johnny Cueto, Yovani Gallardo, Doug Fister, Bud Norris, and David Price set to be free agents. A player that won’t be available come next winter is Russell Martin, and the Cubs should do everything they can to bring him in now.

Martin had a career year last season, hitting .290 with .402 OBP, numbers much higher than his career averages of .259 and .354.  because of this breakout year, his asking price is likely to be upwards of $80 million over five seasons.  His improved hitting and superior defense behind the plate (he led all National League Catchers in defensive WAR last season) are results that the Cubs have simply not been able to get out of current starting catcher Wellington Castillo.

Martin would be so valuable both behind and at the plate because he is a proven and productive veteran on a team comprised mostly of young, potentially great, hitters. The Cubs will have three players next season in Kris Bryant, Jorge Soler, and Javier Baez that will be going through their first full major league seasons and will be expected produce in the middle of the lineup.

Along with All-Star first baseman Anthony Rizzo, having Martin in the middle of the lineup will both protect the Cubs young sluggers hitting in front of him, as well as keep the team competitive when the youngsters are slumping, which all three of them will at some point or another during a 162 game season.

And while Kyle Hendricks is the only projected starting pitcher on the Opening Day roster that is under twenty five, the Cubs have three prospects in C.J. Edwards, Pierce Johnson, and Corey Black that all posted ERA’s of under 3.50 in Double A last season and are expected to start 2015 on the Triple-A roster.

It’s very reasonable to predict that at some point next season at least one of those pitchers will find their way into the starting rotation, and having Martin be the first catcher they throw to could be a huge help in their first stage of development.

All things considered, adding a big name pitcher such as John Lester would obviously be a huge move for the Cubs. But if they start opening day with the same starting pitching staff as they ended this last September with, it sure would be nice to see them throwing to number 55 behind the plate.