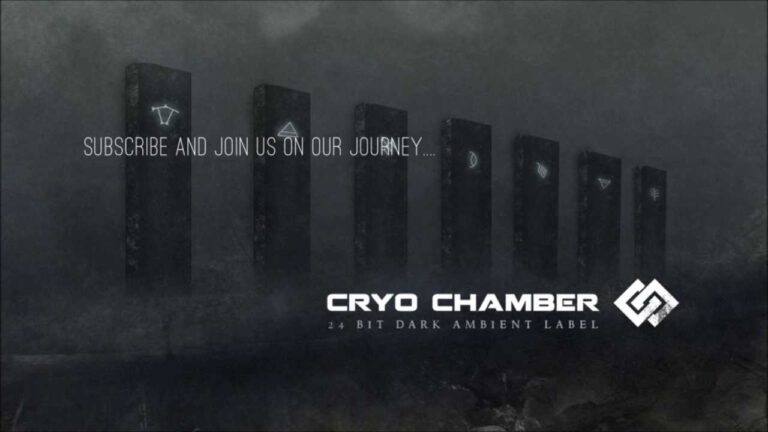 As we near the end of 2022, it’s a good time to commemorate two monumental milestones for a particularly obscure music genre: dark ambient. A genre full of ominous soundscapes, field recordings, and derelict machines that, combined together, make a truly unique music experience.

The label Cryo Chamber marks its tenth anniversary, while another label named Cyclic Law marks its twentieth. I consider both labels the foremost in the dark ambient scene. Many talented artists have year-long stays with them and have produced many brilliant albums.

Cyclic Law, the elder label, was founded in 2002 in France and features many European artists. They boast plentiful merch, ranging from intricately detailed CDs to books to even incense. To commemorate the anniversary, the label hosted a concert in a chateau in southern France, a fitting location for a dark ambient concert. Artists and fans alike had a great time.

Many of Cyclic Law’s albums I’ve listened to delve into occult and esoteric themes. Others cover topics like mythology, fantasy, and historical events. One of my personal favorites is The Architecture of Melancholy by Peter Bjärgö. The album feels like wandering across a desert at twilight, searching for something, someone, but never finding it. Nevertheless, you march on, searching amidst the infinity.

Another favored album is Hypnosis by Desiderii Marginis. The album is a long journey of dreams and nightmares, flowing from peace to horror and back. Chock-full of surreal soundscapes and macabre voices, it will keep you on edge from start to finish.

Simon Heath, known by his artist’s name Atrium Carceri (Latin for “prison hall”), founded Cryo Chamber in 2012. The label is based in Oregon. Heath was motivated to start the label to restore the genre’s structure after a previous label, Cold Meat Industry, went under, taking much of the dark ambient scene with it. Thanks to Heath’s work, the genre is experiencing an American audience.

Most of Cryo Chamber’s artists also come from Europe, but the label features members from across the globe, including North America, Brazil, Iran, and Australia. Its American artists include Council of Nine and God Body Disconnect, both of whom are prominent contributors to the label. Council of Nine’s music features themes from religion to overcoming loss, while God Body Disconnect’s work sticks to his name, covering the separation of body and mind, spiritual connections, and transitions from this world to the next.

Many of Cryo Chamber’s albums have sci-fi themes, showing us just how scary space can be. One of their best albums from this year is “Sundown” by Beyond the Ghost. It is a dark album in a wider series about Europe falling into war and anarchy in the distant future. Another excellent album is “Exo” by Tineidae. It tells the story of an astronaut exploring an abandoned mothership and delving deep into the mysteries of the cosmos.

Cryo Chamber is also notable for its annual Lovecraftian collaboration albums, which has been ongoing since 2014 with “Cthulhu,” named after one of H.P. Lovecraft’s deities. Different artists each make sections of the project, and the label strings them together for an hours-long album. The 2022 collaboration will release later this month.

Both of these labels are instrumental in the dark ambient scene and have helped this very niche genre grow and thrive. If you are interested in hidden, obscure, or strange genres, dark ambient is for you, and these labels are your guide. Cyclic Law and Cryo Chamber have many years of music under their belts and will produce many more in the years to come.