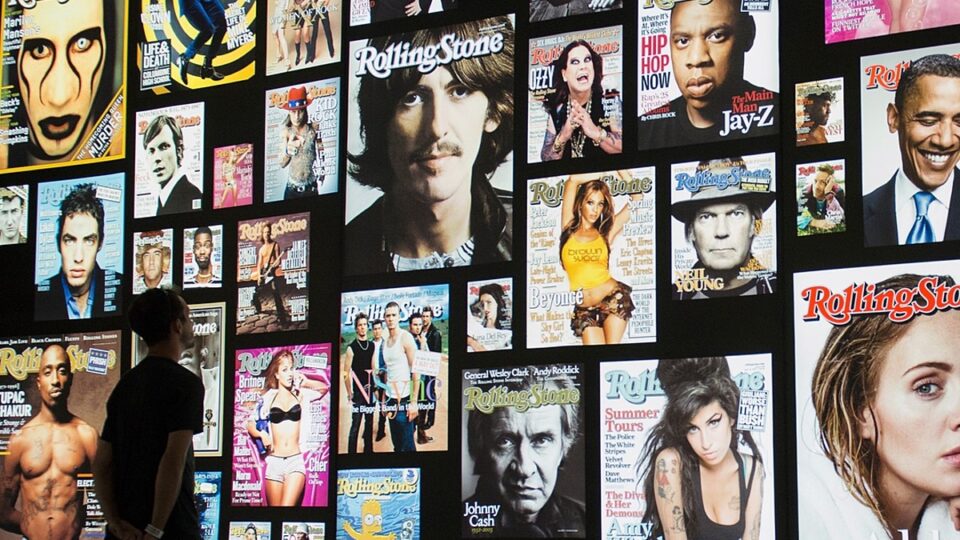 This week, Rolling Stone celebrates its 55th anniversary as a magazine. Their first issue, printed in newspaper format, was published on Nov 9, 1967 in San Fransisco, CA.

The issue featured John Lennon on the cover, dressed in uniform for his role in the film “How I Won the War.” The lead article covered the Monterey Pop Festival. Copies of the bi-weekly magazine originally cost 25 cents, equal to $2.22 today.

Rolling Stone was founded by Jann Wenner and Ralph Gleason. The first print included a message from Wenner explaining the title and mission of the magazine. “You’re probably wondering what we’re trying to do. It’s hard to say: sort of a magazine and sort of a newspaper,” Wenner wrote.

The message continued, “The name of it is Rolling Stone which comes from an old saying, ‘A rolling stone gathers no moss.’ Muddy Waters used the name for a song he wrote. The Rolling Stones took their name from Muddy’s song. ‘Like a Rolling Stone’ was the title of Bob Dylan’s first rock and roll record.”

Rolling Stone gained a strong following for its combination of “street” and professional journalism. Their initial focus on the rock world quickly broadened into more diverse topics. Wenner wrote that the magazine “is not just about the music, but about the things and attitudes that music embraces.”

Iconic releases such as “Fear and Loathing in Las Vegas” by Hunter Thompson in 1971 further defined Rolling Stone as a politically involved organization and a voice for the student population. Today, Rolling Stone’s interconnection with the entertainment industry is undeniable. A spot on the cover and a featured article are major landmarks in any celebrities career.

Rolling Stone is an institution of the upmost influence in the entertainment world and has changed in countless ways since its first issue. The magazine is a great example of a publication maintaining their relevancy despite changing political and social landscapes. Congratulations to Rolling Stone on 55 years of news, politics, and loving music.