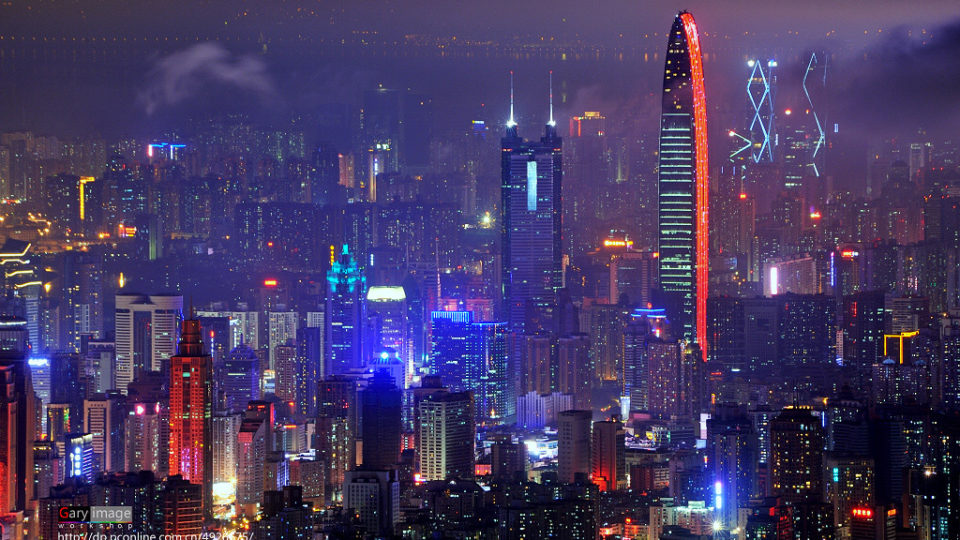 During summer break, I was lucky to go back to my hometown-Shenzhen from late June to mid-August. I had quality family time, hung out with friends, had tons of good food and I was able to also run regularly at a park to dispose those calories. Though I did not explore Shenzhen as other visitors do, I figure I can come out with a good traveling plan for some unique places, either for the natural view, history, or night view. It does not require you to follow a tour guide who always makes a trip full of normal sight-seeing like to go to the amusement parks or climb to the tallest building to see the overview of Shenzhen. Moreover, I found out the online information about places to go in Shenzhen is not up-to-date.

Before I go to the places I recommended, I will give a short introduction of Shenzhen. China is huge. It has twenty-three provinces and four autonomous regions. Most of the people live in the central or eastern coastal areas. Shenzhen is located in southeastern China, Guangdong provinces.

It has a geographical advantage of being a port city where it is next to the financial center-Hongkong. It is developing rapidly since 30 years ago, and now it is called the immigration city where most people from the central China come to find a job. Shenzhen has a population around 7 million. The city gets crowded on the main highway during workdays. Most people drive or take the metro that covers most locations in SZ. Shenzhen does not have many historical attractions as our capital Beijing does, but it has a variety of unique theme parks, architecture, coastal view and shopping areas. Also, since the city has a large population of immigration, it has diversity. Tourists can find people speaking different dialects to their family while speaking Mandarin at work or school. People can taste eight different cuisines around China as well as  from different countries.

The first attraction I recommend is the OCT-Loft. It is located in the Nanshan district. I find it attractive because of its unique structure. It is originally an industrial zone and later transformed into a cultural district that has designed architecture, restaurants, creative store and music venue. OCT-loft holds a few events regularly. T Street, a flea market that you can buy all kinds of vintage stuff and creative products.Jazz festival and Tomorrow Festival is held in October and May, which features musicians from all over the world. Oct-loft consists a total of five streets, and it is pedestrian-friendly because it does not allow cars to drive inside.

When you just walk in, you will see a Starbucks with a design like a triangle rooftop. There are some high-end restaurants that have elements of the Chinese countryside.The restaurant called Champod museum wine house locates at F1 is one place where you can sip a beer and check out the art collections.

the second floor is for an art exhibition. You can enjoy the ancient Buddha figure and the Chinese blue and white ceramic while having traditional Hunan cuisine and drink at the same time.

If you keep walking straight to the second part of Oct-loft, you will find tons of clothing stores and art stores, etc. I always go to the old heaven bookstore located at A5 where you can find some rare books and old CDs.

Sometimes there is a local indie band performing in the bookstore as well as screening event. On the third part of Oct-loft, it has more light bars and hostels. One famous music venue B10 is located at C3. It holds over a hundred live that is non-mainstream folk, rock, post-rock and jazz music. It has a good lighting and space that other live house does not have.

The next place that also has unique features as Oct Loft is the Oct-Harbor and it is only a mile away from Oct Loft, which is also in the Nanshan district.

It  has more functions such as shopping, dining and taking a walk ,etc. I like that you can do all sorts of activities here and enjoy beautiful sightseeing. The highlights in the Oct-harbor are the water light show, Chinese architecture, and the Imax theater. The light show at night combines laser, water fountain with the big projection.

Other than that, it ‘s nice to walk around the Qushui street where you can have a good view and access to restaurants including Cantonese food, Jiangsu, Sichuang cuisine, hotpot, etc. I like how it constructs a bridge across the river similar to the view in Jiangnan.

This two places which are built in recent years to targets young people. A historical place to visit would be Dapeng Fortress, locates at the Longgang district, that is the origin of Peng Cheng- Shenzhen’s title. It is a bit far away from the central area. It was built in fourteen century the Ming dynasty to defend the attack from Japanese pirates. Houses were made from bricks. Dapeng Fortress has a few arches, ramparts, a city moat, and temples. The houses in Dapeng were transformed into small shops, hotels or restaurants. Dapeng was close to the Xichong beach where people can wander around the fortress and visit the beach. For me, it was a refreshing and nostalgic walk to get away from the city life.

For my next article I will introduce places for natural exploration, seaside, night view and shopping; also a few places for good food. Stay tuned 🙂

Here are some websites for more information about Shenzhen:

One response to “Travel Around the World-touring in Shenzhen, China part 1”