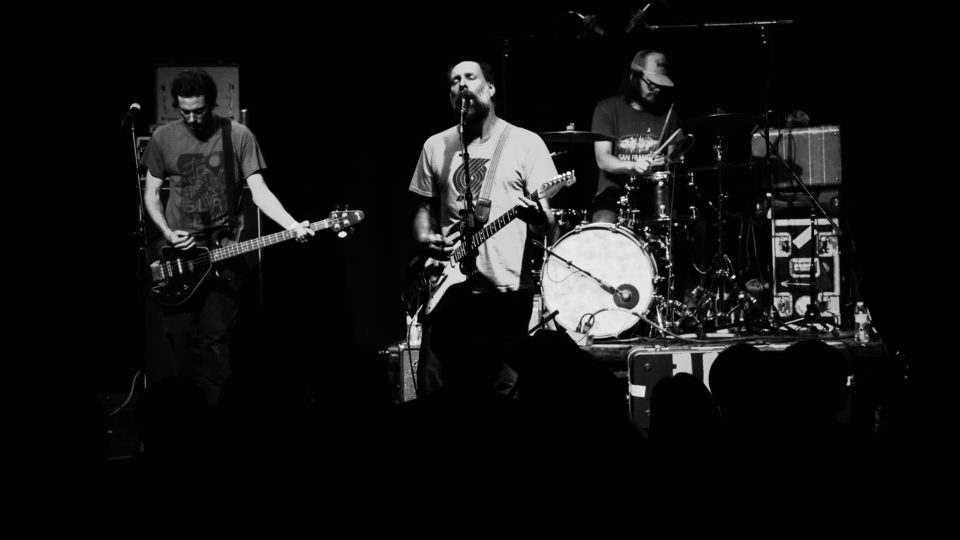 If any single Mission Creek performance can be called a must-see for fans of late ’90s indie rock, Built to Spill’s upcoming April 7th show,at the Englert Theatre at 9:15PM, would have to be the one.

Simply put, while other ’90s groups may be better remembered, few acts still encapsulate the period’s spirit of ambitious amateurism like these guys do.

What do I mean by ambitious amateurism, exactly? Let me explain. While the Boise, Idaho based group may have first got together back in 1992, they didn’t hit their stride until releasing their third and fourth LPs toward the end of the decade.

Critically acclaimed, 1997’s Perfect From Now On and 1999’s Keep It Like A Secret were the records that put the group on the national radar.

These were heady years for alternative rock, of course — years when groundbreaking releases like Radiohead’s OK Computer, the Flaming Lips’ The Soft Bulletin, and Spiritualized’s Ladies and Gentleman We Are Floating In Space raised the artistic stakes for alternative rock higher than they’d been in nearly a decade.

For the first time, musically elaborate and thematically lofty albums had become the genre’s norm.

This marked a big change from the early 90s’ emphasis on unpretentious, nakedly emotional hard rock. Built to Spill, however, had yet to abandon these sounds.

They were (and are) a band that obviously emerged in the northwest during the height of the grunge explosion — their punk-friendly, primitive musical aesthetic and DIY mentality remained intact well past grunge’s expiration date.

That didn’t keep Perfect From Now On and Keep It Like A Secret from meeting the challenging artistic demands of the second half of the decade, however.

How did Built to Spill do it? The band didn’t adopt a Radiohead-style prog rock sound for these records. They kept their DIY mentality — but adapted it to tackle the Big, Serious Themes that became in vogue.

Over unpolished, squealing guitar lines worthy of Dinosaur Jr, deadpan frontman Doug Martsch takes to the mike to question religion, muse about philosophy, and idly wonder what life is like on other planets.

day: relationships, hurt feelings, the struggle to remain optimistic in the face of an uncertain future.

Where some of their contemporaries (think Modest Mouse) might have eventually gone on to adopt a big budget production suited to the big topics their lyrics tackle, Built to Spill has stubbornly refused to stray from their indie-punk roots, and that remains their biggest strength.

The wide scope of Martsch’s lyrics makes these so-called small things feel huge, while their modest sound suggests even that even the most humble every-man is worthy of questioning the meaning of life, the universe, and everything.

Ambitious amateurism — it’s a beautiful thing, and after 20 years it’s still what Built to Spill does best. Here’s hoping the wise-ass underdog spirit that powered their best records is on full display at the Englert this April.