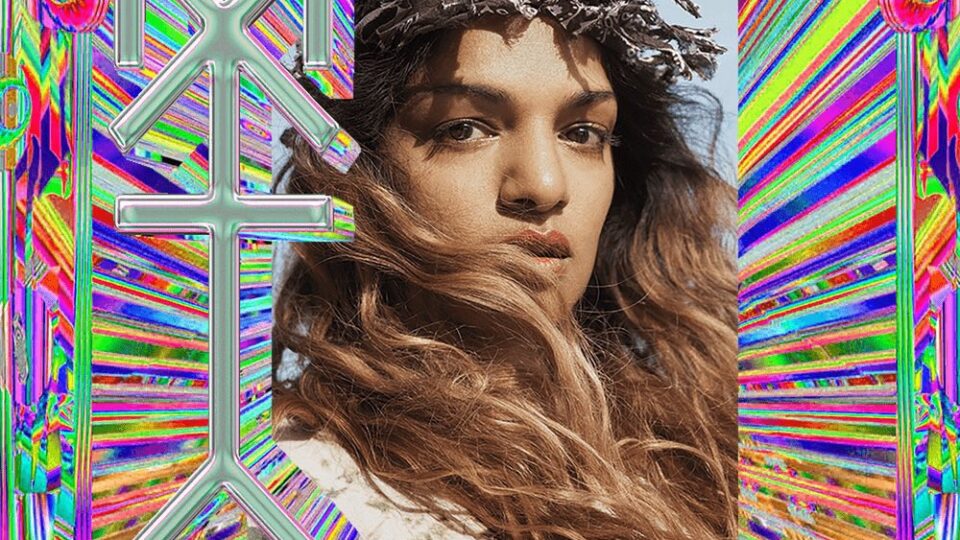 The London-based artist delivers the long-awaited follow up to 2016’s “A.I.M”

British rapper M.I.A. is no stranger to controversy. From YouTube removing her 2010 “Born Free” music video for graphic depictions of police brutality and discrimination, to fines and legal troubles after flipping off a camera during her 2012 NFL Super Bowl appearance, the London-based artist has never held back her visions and ideas. It’s no surprise, then, that M.I.A’s sixth studio album “MATA” was overshadowed by her recent statements.

In a controversial tweet just days before the album release, she likened celebrity vaccine promotion to the Alex Jones/Sandy Hook defamation trial. “If Alex Jones pays for lying shouldn’t every celebrity pushing vaccines pay too?” M.I.A wrote. She then claimed she knew three people who died from taking the COVID-19 vaccine. While her words left a bad taste in my mouth, “MATA” is objectively a step up from her previous album.

“MATA” opens with the two-part track “F.I.A.S.O.M.”, an excellent introduction to the project. “F.I.A.S.O.M. Pt. 1” is an instrumental track structured primarily around echoing vocal samples and intense bursts of noises resembling blaring sirens and distorted horns. The track cascades directly into “F.I.A.S.O.M. Pt. 2,” which brings booming bass hits to a chopped version of the same vocal samples from the first track.

“Freedom is a state of mind,” M.I.A sings on the chorus. The verses on the track, however, don’t comment further on that idea and focus on keeping the energy high.

“Beep” is a short, sweet standout track featuring nonsensical lyrics over a fantastic instrumental. The production utilizes intricate drum and bass patterns with very distant chopped vocal samples. M.I.A.’s voice provides most of the melody, and a perfect amount of autotune makes each line feel like an extension of the instrumental itself.

M.I.A. strikes a perfect groove on “Zoo Girl,” which might be the album’s best song. Organic drums and switches between backing vocals and pitched flutes create a perfect backdrop for her relentless flows. “I still got fight, I still got vision,” M.I.A reminds the listener. On such a confident and tightly structured song, her words are undeniable.

“K.T.P. (Keep The Peace)” is an intriguing piece, and feels uniquely familiar and nostalgic. M.I.A. sings a catchy hook over airy guitars. An uncredited group of children provides backing vocals, bringing a profound joy, like a breath of fresh air on a gorgeous spring morning. The song feels like a logical and modernized continuation to M.I.A.’s smash hit “Paper Planes.”

The album’s closing track “Marigold” emphasizes a much more emotional tone than the rest of the track list. M.I.A. sings of “the world in trouble” with stirring chords and choral vocals backing her, sounding like a distinct call to arms. “We need something practical, a real miracle,” she states.

While “MATA” shimmers with brilliance at many points, several tracks hold the project back. The two lead singles, “The One” and “Popular,” are the worst offenders, demonstrating M.I.A. at her weakest artistically.

“The One” is backed by a bland instrumental from producer T-Minus, and M.I.A.’s excessive use of autotune creates drawn-out and grating vocal sections. “Popular” faces similar issues. The instrumental sounds out of key, and the vocals suffer from abused autotune techniques.

While “MATA” is far from perfect and does not reach her early-career highs, it’s an improvement from 2016’s “A.I.M.” The album stays engaging, and feels like a step towards something more like her impressive, genre-bending projects from the late 2000’s. “MATA” is a solid, albeit inconsistent, addition to M.I.A.’s catalogue. Fans of her previous work should give it a listen.