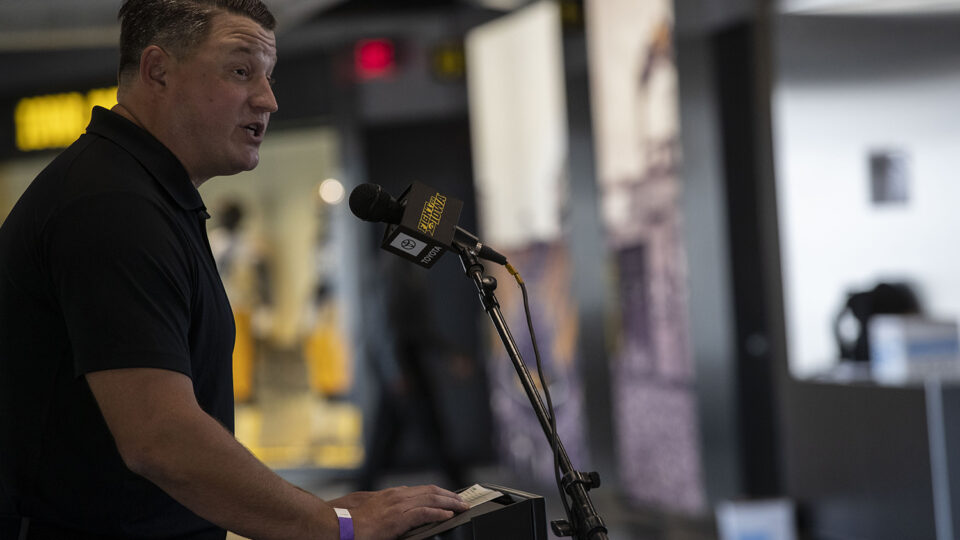 A majority of these stories spotlighted former strength and conditioning coach Chris Doyle as the perpetrator but the Ferentz assistant of 20 years was not the only one indicted.

Names that were also brought to light included offensive coordinator Brian Ferentz and linebackers coach Seth Wallace. While they were not mentioned in nearly the volume Doyle was, their appearances were cause for alarm in the Iowa program.

Four months have passed since the summer turmoil surrounding Iowa football began. Ferentz and Wallace were heard for the first time since the allegations were publicly made against them this past Thursday.

“Starting in June, a lot of former players began sharing their experiences within the program and their thoughts on our program. It was surprising, difficult, and at times very painful to hear those things,” Ferentz said.

“For any player that had a negative experience in our program, who didn’t feel valued or respected on a human level, I am deeply sorry, and I offer a sincere apology. My personal goal as a coach, is to have a positive impact on young people, and it’s painful to learn that I may have fallen short in that department. But I think it’s a tremendous opportunity to learn and grow, and to improve.”

Ferentz, who joined his father’s staff at Iowa prior to the 2012 season as an offensive line coach, has been the Hawkeyes offensive coordinator since the 2017 season. He was named in some of the allegations made by players including James Daniels, Marcel Joly, and most notably Akrum Wadley.

“I love this program, I was born across the street, and for every one of my 37 years, Iowa football has been apart of my life, and it’s important to me,” Ferentz said. “But I feel that I have an added responsibility because my father is the head coach. I must be the very best coach and person I can be at all times, and I have been, I continue to be and will always be a work in progress.”

“What I read in the wake of everything that happened, it was eye-opening to see the sadness, to see the frustration, it was a good opportunity to grow,” Wallace said. “In this case, Jack and I have spoken, we had a very lengthy conversation with the both of us providing perspective on both ends and it was extremely positive.”

Wallace also noted he had spoken to Kallenberger’s father as well.

Members of the Iowa offense came to defend their offensive coordinator during their media day sessions with testimonies from sophomore receiver Tyrone Tracy Jr., and senior running back Mekhi Sargent.

“I respect Brian in every single way, he hasn’t done anything to me, he hasn’t said anything bad to me. The remarks that were said about him were very shocking,” Tracy said. “I went in to talk to him, we’re all on board and looking ahead.”

In response to the call for racial equality in the Iowa football program, the UI Athletic Department created the department of Diversity, Equity and Inclusion. The department is lead by the former director of player development and Iowa defensive end, Broderick Binns.