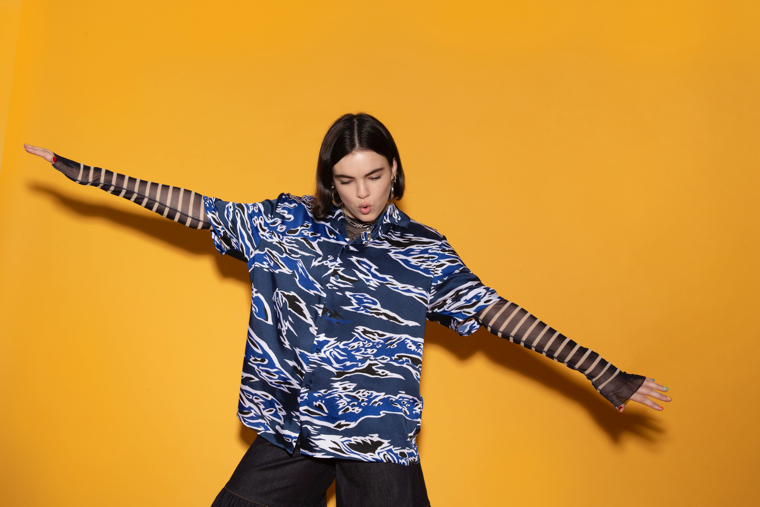 Stella Bennet aka Benee, a New Zealand based indie-pop artist, has been slowly but surely become one of my favorite artists in the past couple of months. Her lyricism and unique sonic texture have set her on a path of indie stardom in the footsteps of Lorde, onto the international music scene.

Benee has been busy in the past year with her two EPs, FIRE ON MARZZ and STELLA & STEVE, as well as touring with other indie-pop darling Conan Gray and her own live shows across the UK and America. She first splashed on scene with her 2017 single Tough Guy, a lush track set with her signature silky vocals and synthetic funk wave refrains. However, it was Soaked off of FIRE ON MARZZ that garnered attention from a wider audience as it charted in New Zealand after its 2018 release.

In an interview with Complex, Benee gave insight into her music-making process and cited freestyling as a major component of her creative fuel, particularly in Want Me Back off of STELLA & STEVE. This somewhat unconventional process gives her discography a fresh feeling, as the narrative meanders and wanders into stories and asides that pull you in. The young artist has achieved her upbeat and polished sound with the help of Josh Fountain of the band LEISURE. The two have collaborated since her first release in 2017, and the maturation of her sound even in the few years between 2017 and now are promising of innovative growth from Benee in the years to come.

Her subject matter ranges from serious to ridiculous, ruminating on subjects of love and heartbreak on one track and from the point of view of a spider in the next. This is best encapsulated in the silly but sad proclamation “I am a spider / Creep up behind ya / Promise not to bite / Unless you’re hurting me” in Evil Spider off of FIRE ON MARZ, displaying Benee’s talent for a kind of musical irony. One of the integral parts of the listening experience is how the lyrics can create a relatable, poignant, or entertaining narrative. In most of her songs, she wraps heavier emotions into a bright, indie-pop sound. In her own words, Benee hopes that people can “hear a lyric and be like, ‘I hate that. That was f–king weird.’ I don’t mind that. But [I do hope] that someone can be like, ‘Yeah, I feel that.’”

Benee has also collaborated with Gus Dapperton on Supalonely and Jack Berry on Drifting. She has previously expressed her delight in collaborating with other artists, opening up the possibility of exciting new collaborations on the horizon. On her notable wishlist of collaborators are Steve Lacy, King Krule, and Daniel Caesar. Benee has already made her mark on music, taking four awards in the 2019 New Zealand Music Awards. As a young artist at the beginning of her career with such success, Benee is one to watch in the years to come.