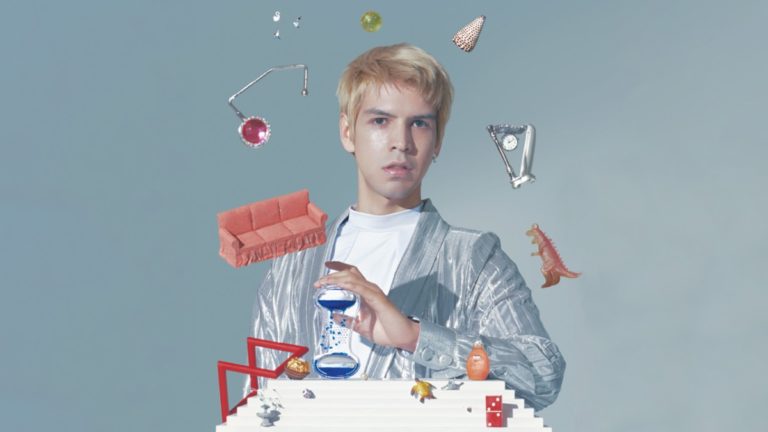 Following closely after a seemingly endless Halloweeen, Julio Torres’ Witching Hour performance at the Englert Theatre was a perfect palate cleanser of the weekend. Torres and his two openers were an exceptional band of weirdos who each presented their own form of off-brand comedy.

The night began with Iowan performer Arish Singh who had a short, yet often provocative set that was very political. He spent much of his time talking of his love of Ilhan Omar, the Ellen Degeneres/George W Bush friendship, and cancel culture. When he began talking about the later, I tensed up in anticipation of the Seinfeldian school of thought that comedy is being held back by “woke culture.” Luckily, this was not the case and Singh had an even handed and original take. His most memorable line thanking Ellen DeGeneres for making cancel culture more inclusive now that a strong, lesbian woman can get cancelled in 2019.

Singh then introduced New York comedian Sam Taggart, who sauntered on stage with obviously feigned surprise that had the audience chuckling hard. The woman behind me who seemed to have some sort of sneezing and/or breathing problem sounded like she was wheezing at this part. His look, complete with a light pink sweater and khakis, fed directly into his character as the most awkward gay man you’ve ever met.

His set ran the gamut of jury duty and every single anxious thought he’s ever had in his life and was all extremely endearing. Taggart’s personality, which felt much more like a character than Singh’s, carried him through his set. Even with small technical difficulties, he vamped his way through and moved into a lovely little Halloween song about falling in love with an off-brand character. When he ended his set, I was wishing his was a little longer, but also ready for Torres to weird it up.

Julio Torres has recently begun exploding in the New York comedy scene and comedy in general. Torres is currently a writer on SNL and often contributes weird, dreamy sketches like these. He is also a writer and star on HBO’s Los Espookys along with Fred Armisen, one of my favorite comedians. Torres also had his first stand up special released recently on HBO, the prop-comedy extravaganza My Favorite Shapes, which transcended the demeaning title of prop-comedy. Having seen this stellar work previously, I was excited to see Torres in person.

Torres’ performance was a surprisingly laid back affair. He began the show with a dizzying set of anecdotes and thoughts that had seemingly no connections. Stories about trying to use his mother’s bible as a spell book was quickly pushed away as Torres delved into why the letter q was too early in the alphabet. This disorientation was difficult to get used to at first, but Torres’ hilariously deadpan approach and witty material saved it.

The set was meandering but never listless. He slowly scrolled through his iPhone, the new one as he pointed out before saying his tax returns in 2011 were $50, to find new bits in what he called “the well.” Consulting the well, he would come up with random, yet very detailed bits that had the woman behind me literally choking on air instead of her usual sneeze-cough. Highlights include an excerpt from Mike Pence’s diary and a long and surprisingly emotional screenplay between a crow acting in Madonna’s “Frozen” music video and his boyfriend in Nebraska.

The audience ate it up and were the expected assembly of off-brand Iowans. At one point in his set, Torres referenced America’s Next Top Model and said, “I hope you’re following, and if you’re at my show I assume you are.” The crowd was obviously excited for him to be there and when he ended up cutting his set a little short as, “the well is only giving me seaweed and rocks,” they were eager for the Q&A section he offered.

Torres ended his show by asking the audience for a piece of advice. An audience member answered, “Lick the corn.” A response that pretty much sums up the audience. Torres took the advice with hilarious befuddlement and compared it to the Twin Peaks line, “the owls are not what they seem.” Before awkwardly, yet endearingly shuffling off the stage. He brought what I and the audience expected and hoped for: a weird, relaxing end to a long Halloween weekend and Witching Hour Festival.