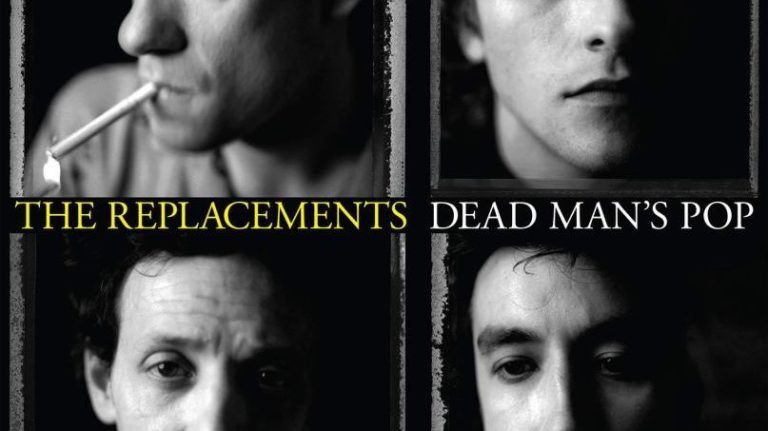 Certain albums deserve reconsideration. Usually, that means a few more listens or a revisit at a different stage in life. Many albums improve upon further consideration and time, often proving to be some of the best albums that stick with a listener for years to come. But, for the most part, it’s unusual for an album to get a complete do-over.

However, that is exactly the case, for The Replacements’ 1989 album Don’t Tell A Soul in the form of box set reissue entitled Dead Man’s Pop. Don’t let the title change fool you—it’s the same songs originally released on Don’t Tell a Soul. But the alternate title signals what the album has in store for its listener: an alternate universe. An alternate universe, specifically, where the Replacements stayed true to their roots and weren’t pressured to adhere to a commercial, radio sound.

The Replacements led the burgeoning Minneapolis punk rock scene alongside bands like Hüsker Dü and Soul Asylum in the early 80s, allowing grungy and raw vocals to hit the airwaves. The band was able to grow a loyal fan base up until their sixth album release, Don’t Tell a Soul. The album passed through the hands of two producers before its eventual form, a radio-friendly version of the rough and rowdy group—the eventual kiss of death for the band. Naturally, this change in image and sound was due to label pressure and, to some extent, was a successful strategy (“I’ll Be You” peaked at #51, the band’s only appearance on Billboard Hot 100). As critics praised the album, the Replacements severed themselves from their existing fan base and the band itself began to crumble.

Dead Man’s Pop ignores this version of history entirely, going as far as excluding the radio-friendly versions of the songs. At the heart of the reissue are the Matt Wallace-produced versions, recently discovered in Replacements guitarist Slim Dunlap’s basement. These versions represent what could’ve been, with a clearer, uncut sound that honors the integrity of the instrumentation. Although these are the same songs, same lyrics, and general arrangements, the songs feel fresh, intimate, and honest as the vocals are isolated and specific instruments are unearthed beneath previously heavy glamour pop-synth.

If anything, Dead Man’s Pop is a testament to the importance and influence of a music producer who complements their subject rather than reinventing them. “Talent Show” features crisp tambourine beats and rousing backup vocals that were previously weighed down by reverb and an overproduced sound. The sparse arrangements allow The Replacement’s underground punk roots to flicker and burn while still honoring the sensitivity of Paul Westerberg’s dive into poetic lyricism. This is on display during “Achin’ to Be,” as the stripped-down version invites the listener to focus on masterful lyrics:

“Well, I saw one of your pictures
There was nothin’ that I could see
If no one’s on your canvas
Well, I’m achin’ to be”

“Achin’ to Be”- The Replacements

Matt Wallace’s interpretation allows Westerberg’s vocals to brim with desperation as the listener begins to understand his yearning love, rather than a peppy product of 80s love songs.

Truly proving the polished production was unsuitable for what the Replacements represented during their career peak, the album includes an additional interpretation of the original album from producer Tony Berg, informally recorded in Bearsville, New York (hence, each track is labeled as the “Bearsville version”). This set provides an even rawer take of the album, sounding closer to a demo than a finished album. Standouts from this side of the release is a mellow version of “I’ll Be You,” a country-influenced reimagining of “Portland,” and an eerie previously unreleased track entitled “Dance On My Planet.” Its last side attaches an entire 1989 concert at the University of Wisconsin-Milwaukee with many of the same tracks; the recordings are unfiltered and provide evidence as to how the tracks were intended to be played—untethered from the standard, polished 80s band that filled large stadiums.

Staying true to its rebranding, the reissue introduces an alternate track order. In a time where value comes from artist singles that climb up the charts, encouraged by the advent of  music streaming— plucking songs to snuggle up against other displaced songs under the label of a playlist—Dead Man’s Pop reinforces the power of considering an album as a whole.

The album’s new lineup still opens on “Talent Show,” portraying the making of a band, inexperienced and descending into the dangers of the rock scene, ending on lyrics fit for a continued lyrical saga: “It’s too late to turn back, here we go…” And with that, the new order allows the tracks to fly through headphones in a cohesive manner—much too late to turn back once the beginning melodies start to play. This time around, the album ends on “Rock ‘N’ Roll Ghost,” a fitting and chilling close to a look at the evils of the world, yearning love, and the bleak fate of the musician:

The synth remains in this song, now layered with light guitar strumming—a clashing of worlds as Westerberg offers sorrowful, echoing vocals that feel like a true goodbye. This is a goodbye to the innocent nondescript band of “Talent Show” as well as a goodbye to a band whose rebellious image received the pop star treatment. Normally, a reissue wouldn’t be much to obsess over or a timeless entry in an artist’s repertoire. Dead Man’s Pop, however, invites the audience to listen in on an ultimate “what-if,” creating a profound case study of artistic integrity and an overarching desire for the past. For The Replacements,  it’s not a repackaged album with an extra coat of paint, it’s a second chance.