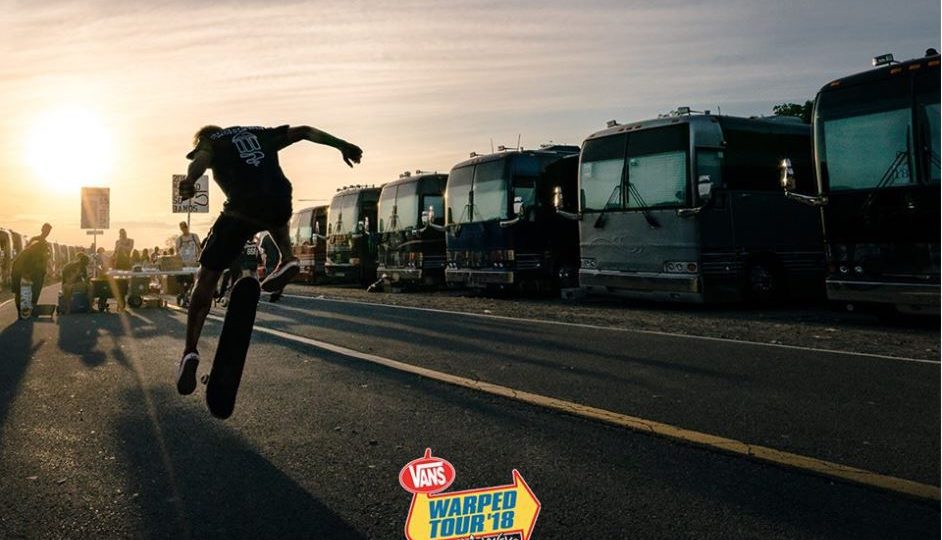 Sigh… it feels like just yesterday since I was attending my first Vans Warped Tour. And next year will be my last.

Warped Tour was always so special to me because it was a festival like no other — Warped travels across the country, setting everything up and tearing it down every day in a new city. Every day is different: bands play at different times, some bands hop on the tour for a couple dates, etc. And not to mention, it was a rock/punk-rock/pop/metalcore/electronic/hip hop tour. The lineup was always diverse, the general admission tickets were no more than $60, and there was pretty much a guarantee that the tour would travel somewhere near you.

I started going to Warped Tour in 2014, but I remember begging to go since 2012. I was a junior in high school, and my friend and I were finally old enough to go (according to our parents; Warped is an all ages event). I was super excited to see some of my favorite bands, like Mayday Parade, Echosmith, and We The Kings. That day I discovered so many of my favorite bands: State Champs, Real Friends, Neck Deep, The Story So Far, Beartooth.

I knew from that first time at Warped that I had to go back the next year.

My best friend, Ily, and I snagged our tickets early on for the Denver date again. We got to see a handful of great bands again, like Neck Deep, Our Last Night, PVRIS, Beartooth, and Man Overboard. We met one of our favorite band photographers, Adam Elmakias. It was a fun year, despite not knowing as many bands as I did the year before. I discovered so many new bands.

Ily and I went again in 2016, and I think that was probably one of the best days of my life — no joke. You can read my festival review of that here, but long story short I got to see literally all of my favorite bands and meet them as well. Pictured below is me with one of the bands, Real Friends. It was so fun to be able to see so many of my favorites in one day — something that would be impossible had it not been at Warped Tour.

And then of course, 2017. This year, I decided to go twice — once in Denver with Ily, and again in Minnesota with my friend Taylor. I thought for sure that since 2016 was so good that 2017 had a lot to live up to. You can read my entire festival review of 2017 here. Honestly, it didn’t even matter to me that there weren’t as many bands that I knew — I still had a fun time discovering new bands and jamming out to old ones.

I’m pretty bummed about Warped ending, to say the least. But I’m grateful that for the past 4 years, I’ve made some of the best memories of my life. I’ve discovered so many bands, been introduced to the alternative scene, met some of my favorite bands, and seen countless performances.

You can expect to find me at the last Vans Warped Tour next summer, and also expect some Top Ten’s lists about the final Warped.