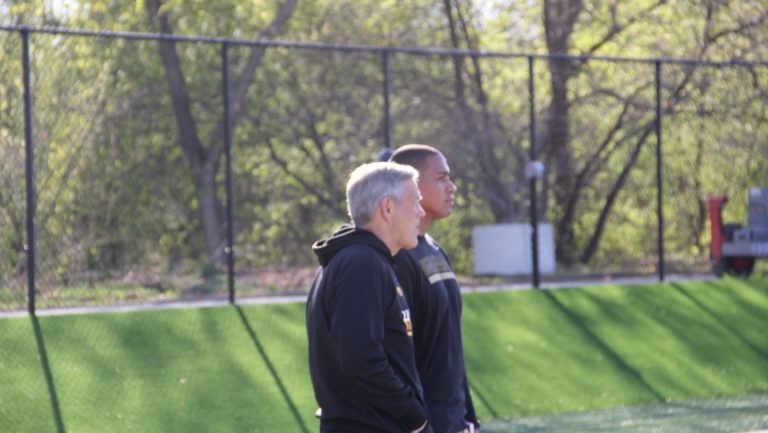 It’s certainly been a long two and half weeks for Iowa fans.

With tight losses to Michigan and Penn State and poor offensive play in both games, the fanbase is slowly starting to wonder if maybe the Hawkeyes weren’t what they were made out to be throughout the preseason.

Ferentz isn’t as worried with the “sky is falling” mentality himself as much as making sure his players don’t read into as much.

“They have exposure to the real world. All of a sudden the NFL Network and ESPN coming in or going out, there’s not a lot of Iowa talk on either of those,” Ferentz said. “Have to keep pushing, keep fighting. We have a chance to play Saturday and get back in the win column.”

Iowa has excellent shot to get back in the win column as they face a Purdue team that looks more like a M*A*S*H* unit than a football team for homecoming showdown on Saturday.

However, Purdue does have a two-game win streak against Iowa and have done so with the deep ball.

“These guys throw the ball as deep as anybody we played, in my opinion, over the last two years,” Ferentz said. “They did it Saturday. They threw the ball down the field well. I’m even more focused on our deep zones than I am our underneath zones.”

Purdue’s style of play will be a stark contrast to Penn State and Michigan, who killed Iowa with power running and short, West Coast-style routes underneath the secondary.

Perhaps the biggest question with the entire team at this point is the status as the offensive line, which has really struggled the past two weeks, albeit up against very good competition.

“The things that are correctable, footwork, whatever it may be, those are things we can work on during the week,” Ferentz said. “I told our team this morning, when time goes on, we get better. We’ve been 2-2 before and had a great season.”

This week may pose a chance to remedy a struggling offensive line, against a Purdue front that is missing their two starting defensive tackles and star middle linebacker Markus Bailey, who suffered a season-ending knee injury against Vanderbilt.

Iowa has been improving on the injury front, as most of their defensive backs have returned from injury. Riley Moss and D.J. Johnson have been taking reps at the Cash/Nickel spot in practice, which was a little confusing for Kirk and others.

“Technically he’d [Moss] be a nickel. Nickel and cash look a lot alike in my mind. If you’re confused, so am I.”

Other news on the injury front included news that offensive guard Cole Banwart would miss the remainder of the season with an injury. Ferentz also said the offensive guard Kyler Schott would not be back until “at least after the bye week.”

Iowa kicks off against Purdue in Kinnick Stadium at 11 AM. The game will be televised on ESPN2 or you can listen to KRUI coverage online at mixlr.com/kruifm/.