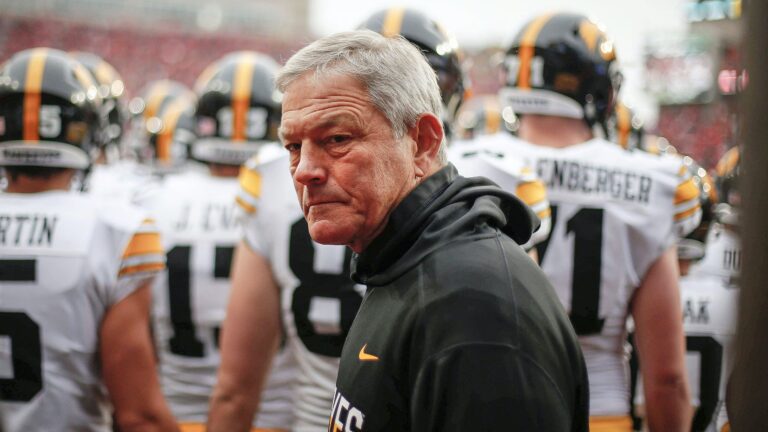 Thursday morning brought the climactic arch of the Iowa football saga that has captivated the state for much of the past two months. Husch Blackwell released a 28-page report on its findings within the Iowa program following claims of racial inequalities and biases amongst the coaching staff.

In it’s sumation of the investigation, the Kansas City-based law firm concluded, “The program’s rules perpetuated racial or cultural biases and diminished the value of cultural diversity. The program over-monitored players to the point that they experienced heightened anxiety and maintained a culture that allowed a small group of coaches to demean players.”

The conclusion that the investigation came to is one that many already felt confident was the truth inside the Iowa football program and had the findings all but affirmed that view.

It was stated that Kirk Ferentz abolished the rule on jewelry and hats in 2019 in response to the UI’s Diversity Task Force investigation in the summer and fall of 2018.

Another hot topic discussed at-length in the investigation is the disconnect in the meaning of “The Iowa Way.” According to the report, players believed that conforming to the Iowa Way was like conforming to white culture. Iowa coaches believed the Iowa way was hard-working, detail-oriented, tough, accountability-driven culture.

Sleep bands also had a lengthy section in the report. Iowa coaches used these bands to help players create healthy sleeping habits. Instead, the bands caused “very negative experiences” and caused “lots of anxiety” as players were called out for their bad sleeping habits.

Drug testing was a notable section as well, as some former players believed that African-American players in the program were tested far more frequently than other players. The manager of drug testing program stated that while Kirk Ferentz could request for a specific player to be tested, and taken to drug rehab, the reason must be approved by a supervising physician beforehand.

With the investigations findings, however, the Kansas City law firm recommended Kirk Ferentz and Iowa athletic director Gary Barta be retained to help bring these changes to Iowa athletics.

“We recommend that the University work with Athletic Director Barta and Head Coach Ferentz to create action steps aimed at improving the culture of the program, eliminating biases, encouraging student-athletes to report concerns of mistreatment, and amplifying the University’s policy statement against retaliation within the football program.”

On Thursday afternoon, Ferentz and Barta, spoke to the press about their reactions to the investigations findings and their plan going forward.

Barta laid out the responsibilities right out of the gate.

“Kirk, first and foremost, is responsible for the football culture. He creates it. He sets the tone for it, and he has to hold people accountable for it, and he’s fully accepting of that responsibility, and he’s worked hard in recent weeks to help us begin the process to improve the culture.”

Many of the questions surrounding the head coach of Iowa football for 21 seasons, were on the subject of how this kind of power abuse could go on for so long from a coach, like in the case of former strength and conditioning coach Chris Doyle.

“In my mind we had that position in charge of too many things, and I guess it’s twofold. It’s a matter of I’ll go back and look at it now, what we’ve done as a staff is, okay, what responsibilities can we move,” Ferentz said. “What are some of the things that maybe were being monitored that don’t need to be monitored, really aren’t that important.”

Another question Ferentz answered was how he viewed his program’s motto of the “Iowa Way” from prior to this report to now.

“My definition of the Iowa way, and the goals haven’t changed. It’s graduation, it’s having a good experience or maximizing your abilities and your experience in football, and also being a good citizen,” Ferentz said. “But all that being said, it’s all about the delivery. It’s all about the message. I think that’s probably been the biggest learning experience here.”

A topic that was also asked with frequency was the issue of allegations against other members of Iowa’s coaching staff, such as offensive coordinator Brian Ferentz and linebackers coach Seth Wallace. Gary Barta announced that he decided there would be no personnel changes despite these allegations.

“Ultimately that’s my responsibility. Obviously taking in all the information. It’s not a done situation yet, but I felt confident enough to share with you today that we don’t have any changes in employment in terms of who’s here and who’s not,” Barta said. “But the follow-up is still ongoing in terms of moving forward.”

Perhaps the most notable moment of the press conference was Kirk Ferentz’s tone while speaking of the allegations levied against him by former Iowa running back Akrum Wadley and his mother, Sharonda Phelps.

Ferentz looked visibly upset and frustrated while talking about the former running back’s accusations, such as a canceled black card, which athletes use to pay for food.

“It was a surprise and also to some degree — surprise because some of the things were just flat-out not true. Not true,” Ferentz said. “I mean, we have never held back a black card from any player. I’m not a great record keeper. Ben Hensen is meticulous. Never happened.”

Following the press conference, the Iowa Hawkeye athletics Twitter page published Kirk Ferentz’s opening statement and apology to Twitter, as well as his statement regarding the conclusion of the Husch Blackwell review.

A tumultuous time in Iowa football appears to be nearing it’s end, but the $64,000 question is if Iowa football can fully commit to being their new selves.