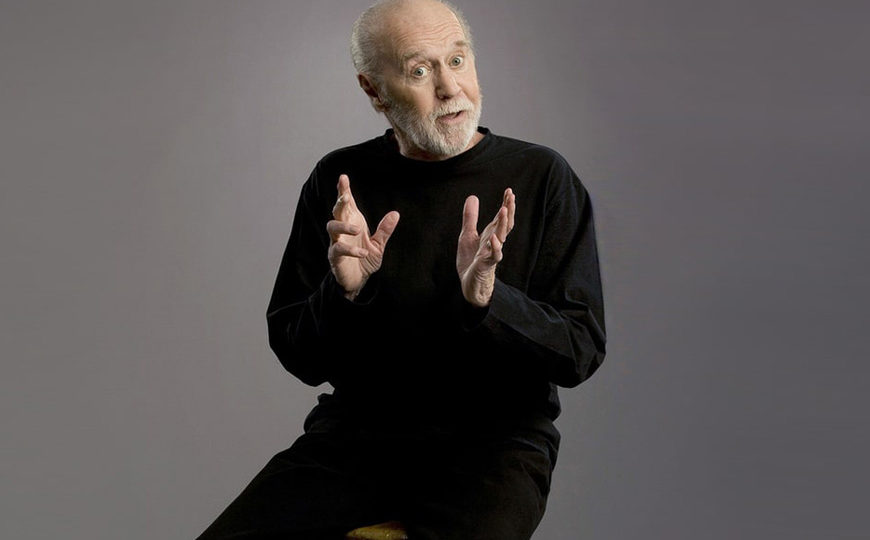 If this is the first time you are reading my column, let me explain what my intent is. I write Ozzy’s Spotlight to show an artist that I really enjoy and want others of my generation to know about. That could be an artist from the past or a recent one that I find really provoking. This week I wanted to write about the comedy icon, George Carlin.

There are few comedians that have left such an impact on comedy as Carlin. He told jokes that tore down the social barriers that society creates for us. He loved to lift the curtain of these barriers and show everyone the ridiculous wizard behind them. I know many older readers know Carlin as a household name, but to many young readers and people from my generation he may be faceless.

I remember being shocked as a kid by two traits of Carlin’s. One: I had never heard some of those cuss words he was saying, let alone how often he was saying them. Two: I never heard someone make people laugh by just standing up on stage and yelling things you find true at people and get a laugh.

George Carlin was introduced to me at a very early age, which if you know anything about Mr. Carlin’s work, that may not have been a great decision. Carlin’s material, crude in some natures, would tackle subjects like politics, race, and religion with an artful form. He would make broad and outlandish claims and through his wide vocabulary and argument you would be right at his side laughing.

Carlin was a man who loved to make others laugh. He was always self-proclaimed “Class Clown”. His comedy started in the late 60s and he performed up till his death in 2008. His work is very famous due to its ability to take a very dark and cutting look at things, and bring them front and center.

He gets his laughs due to his great way of expressing the anger people are feeling at that time in words. His humor might not have worked in today’s world, but during his time, his comedy gave a voice to the frustration of the time. His comedy came out in great strength after great draw backs in our nation, such as the War in Vietnam, President Nixon’s Resignation, and 9/11.

Carlin had the skill to dive into a topic and find a truth in it. He used humor to tear into these conversations, and sometimes they came out as rage filled rants. All of them said something sincere about the that moment in time and how many were feeling.

Check the links below for some of George Carlin’s Work.

George Carlin on Muhammed Ali and the Vietnam War