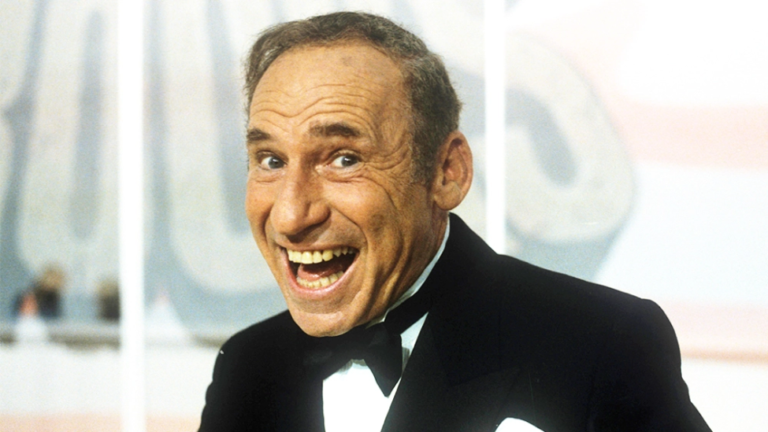 My goal in this column is to put a spotlight on artists and help show them to people of my generation. That’s why I made the choice of Mel Brooks to be my first. Brooks is responsible for some of the biggest comedic movies in this century. He has created such classics as Blazing Saddles, Young Frankenstein, Space Balls, and High Anxiety.

Mel Brooks is a world famous director, writer, and actor. He has span generations and his humor is a timeless explanation of humor having no barriers. Mel Brooks is my biggest influence in comedy and writing so I thought it was only right to have him be my first Spotlight.

Mel Brooks started out being a comic writer for Sid Caesar when he was young, then had his huge break with The 2000-Year-Old Man in the mid 1960s. This Comedy act starred Mel Books as the 2000-year-old man and Carl Reiner as an interviewer.

Throughout this act Brooks and Reiner would improvise this ancient man’s experiences and adventures throughout his life, which covered everything from the Roman Empire to the birth of Jesus.

Brooks has such a ruthless absurd humor that it truly struck a chord with me as a child. I remember being in 6th grade and watching Blazing Saddles and being in awe of just how wacky this movie was. I couldn’t believe how they actually let a person make it. If you haven’t seen Blazing Saddles, it’s a spoof on western movies of the 60s and 70s.

By the end of it the villain, Hedley Lamarr, is literally chased off the movie set of Blazing Saddles and into the Warner Bros lot where the film is being filmed. All the while, the good guys and bad guys fist fight through other movies and even through the company’s cafeteria.

This scene has stuck with me since a child and I still find it outrages and humorous. The movie ultimately ends with Hedley Lamarr being caught by the hero sheriff at a movie theater watching the movie Blazing Saddles. That’s right! They destroy the 4th wall in this movie! As a child this melted my mind.

My second big encounter with Mel Brooks was The Producers, a movie where two producers find out they can make more money with a flop of a musical on Broadway than a hit. So they try to find the worst musical, director and actors to ensure this will be a flop.

Their musical is a massive success and they go into bankruptcy and end up going to prison. The funny thing is that their “Guaranteed flop” musical that turns out to be a huge hit is called “Spring Time for Hitler”.

Truly a ridiculous and offensive idea for a musical and that’s why they think it will fail yet because of how funny and ridiculous the music and acting in the play is, it’s a huge hit and everyone loves it.

Brooks has always had a way with muiscal numbers in his movies and many of which are about incredibly dark topics. These topics range from Hitler or the 15th century, The Spanish Inquisition.

In his movie ,The History of the World Part Two, Brooks has a giant 1950s style music dance number with himself singing about the Infamous Spanish Inquisition. Click Here for a video of it. This was yet another reason why I deeply love his movies and the use of dark humor found in them.

As you can tell his movie may offend a lot of people if they are told about them and haven’t seen them but the humor comes from a very sincere and warm place. Brooks, a proud Jewish man who fought in World War II has always seen humor as a way to make tough things you don’t talk about easier and funnier to talk about.

When asked why he makes fun of Hitler so much Brooks said, “By using the medium of comedy, we can try to rob Hitler of his posthumous power and myths.” Mel Brooks loves to make comedy out of all situations.

He’s famous for a career that pokes fun at all things no matter race, religion, or background in his movies but is always known to be kind and caring with others no matter who they were.

When it comes to making movies, Mel Brooks has taken huge chances and needed a lot of courage. Over my years of being a fan of him I have learned that Mel Brooks truly loves making his movies and making people laugh and I think that’s why I admire him so.

I think it’s important for people of our generation to know about this man because he can teach up how humor connects us all. He is a guy who caught the bug for laugher and showmanship at a young age. Once you catch that bug there’s no getting rid of it and that’s why at 91 years-old he is still fierce and courageous when it comes to his comedy.

For more information on what Mel Brooks is currently doing check his website out Here.