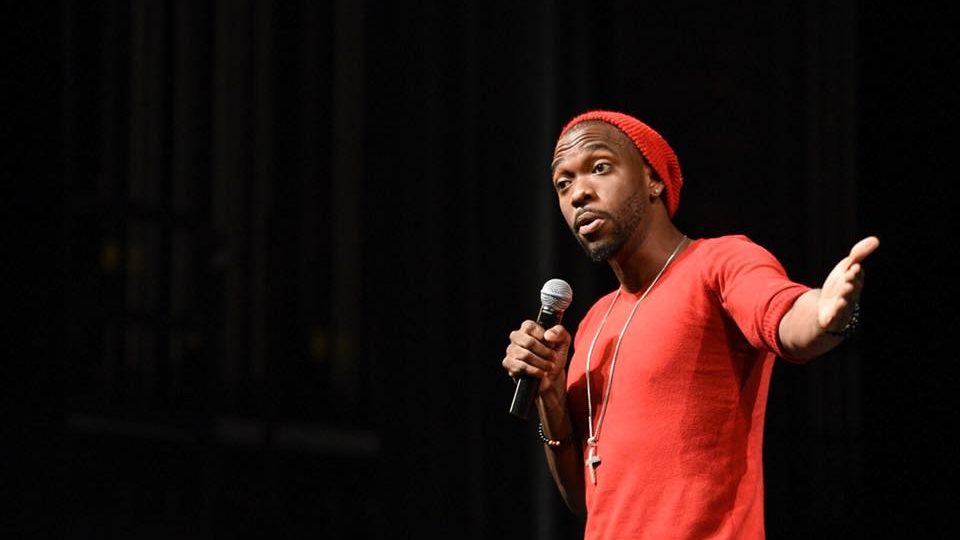 Jay Pharoah took the stage tonight at The Englert with both electric energy and genuine emotions for the idols of his past. I have been a fan of Jay Pharoah since I first saw him on SNL years back and was very excited to hear he was coming to town. His comedy icon Eddy Murphy definitely influences his comedy and it is a style not seen that often in today’s comedy culture. Pharoah’s comedy also comes from his great skill for impersonating celebrities such as Eddy Murphy, Kanye, Kevin Hart, President Barack Obama and countless more.

The night was fill with a atmosphere of hilarious antidotes and moments of great love. Pharoah often would take a break as say just facts and truths, such as police brutality in America and what Trump’s America is. He spoke of loving and acceptance, this created a really sweet space to hear comedy.  The parts I was very surprised by and I loved the most where they moments of sincere love and emotion. Jay Pharoah was in the middle of an intimate story about his mentor Charlie Murphy (Who recently passed away) when he was interrupted by some annoying audience’s members cell phone ringtone. I was disappointed because Pharoah was starting what seemed to be a very important and life changing moment in his life when he was told his mentor passed away. Seeing this kind of raw emotion on stage during a comedy show was very out of the normal and I saw it as something special we were about to share in but sadly due to the constant bullshit of cell phones during shows, we’ll never have that moment again.

I don’t want to set this comedy show as an emotional hour, it was filled with funny stories of Pharoah’s experiences with Night Clubs, his travels overseas, and his hilarious views on marriage and childhood.The opener, AJ Foster is a young up and coming comedian that I can see great promise for. Foster’s honest commentary and quirky stories complimented Pharoah’s stage presence very well and I can see why he tours with Pharoah often.

All in all, this show very entertaining and definitely one to remember. It was almost two hours long and it was packed with content. Pharoah’s charisma and energy made the time go so it was smooth and something to greatly enjoy. This kind of stand up scene is what should keep growing in this city because there is definitely an audience for it.

For really funny/interesting videos of Jay Pharoah look below for some of my favorites.