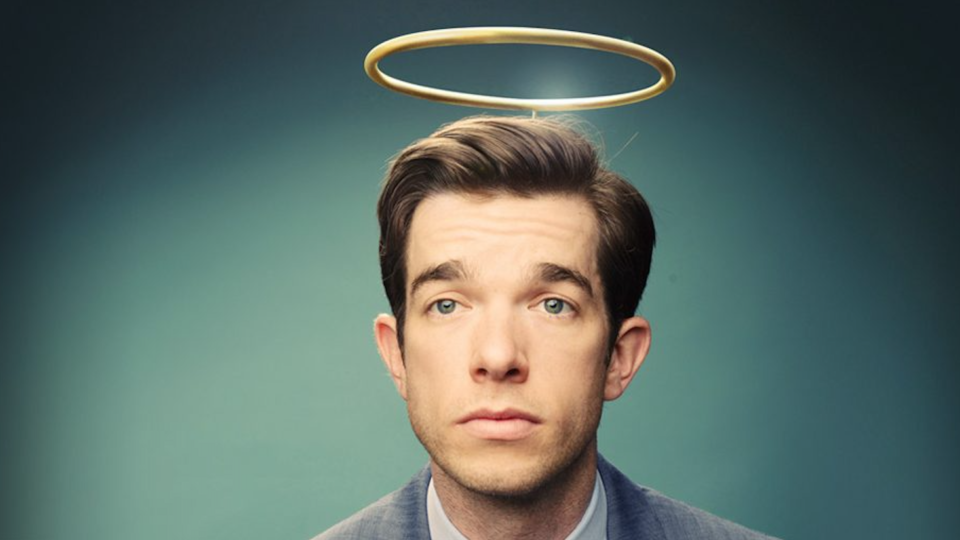 John Mulaney is a comedian whose humor will entertain you throughout your life. His honest stories about his childhood, married life, and social anxieties will hit a cord with most. He has strong dry humor that will have you laughing when you first hear it and still laughing when you think about it days later.

Mulaney is a comedian who has a true gift for creating a strong universal image of situations and people we have all met. He observational humor is also a very be attribute to his comedy. His views on how insane the plot to 1985’s Back to the Future sounds insane from the outside looking in or childhood fears of quicksand being a bigger threat when growing up.

John Mulaney wrote on SNL for 6 seasons, stared in the short-lived Fox sitcom Mulaney, and currently voices animated characters in the Netflix show Big mouth. A show where they show the awkward horrors of going through puberty. A lot of people have enjoyed this raunchy animated comedy but I have yet to start it. The voice acting includes actors such as Nick Kroll, Maya Rudolph, Jordan Peele and Jenny Slate.

John Mulaney is also known for his two-man act called, Oh, Hello on Broadway. A show where Mulaney and friend, Nick Kroll, portray two late-middle age men who are from the upper Westside of Manahan. In this play, we see Gil Faizon (Kroll) and George St. Geegland (Mulaney) finally hit it big with a Broadway show.

This show is a fever dream of fourth wall breaking, theater troupes mocking, tuna sandwich hurricane. In this show, they break the fourth wall because of the plot. The premise is George has written a play about two very similar middle age men’s lives and while they act out the play George and Gil get into “real” arguments and cause their play to be derailed.

This show is so much fun because Mulaney and Kroll improvise a lot of the time during this show. So sometimes throughout the show, you see a very real reaction from the others actions. This makes it something truly funny and makes the show have a really unique feel.

Seeing this dysfunctional friendship between these two men is hysterical and I definitely recommend it to people looking for a great thing to watch. To watch Oh Hello on Broadway it is currently streaming on Netflix. Click Here for the Trailer.

John Mulaney also has 3 comedy albums which are all on Apple Music and Spotify. His albums are The Top Part, New In Town, and The Comeback Kid.

These shows are also streaming on Netflix. These albums were what I listened to a lot over the last 3 years. His bit has some great laughs and will always crack me up.

Truly one of my favorites from Mulaney’s list of bits is the “Salt and Pepper Dinner” off his 2009 album The Top Part. In this bit, he tells a story about how as a child, a friend and himself played Tom Jones’ What’s new Pussycat, 21 times at a local dinner and watched the customers lose their minds over the overpayment of the song.  Click Here to listen to this joke.

John Mulaney is a great new comedian who I feel more people should know. He has influenced my writing and comedy and is truly a great comedic figure of this current time. For more clips of his comedy please look to the links below.