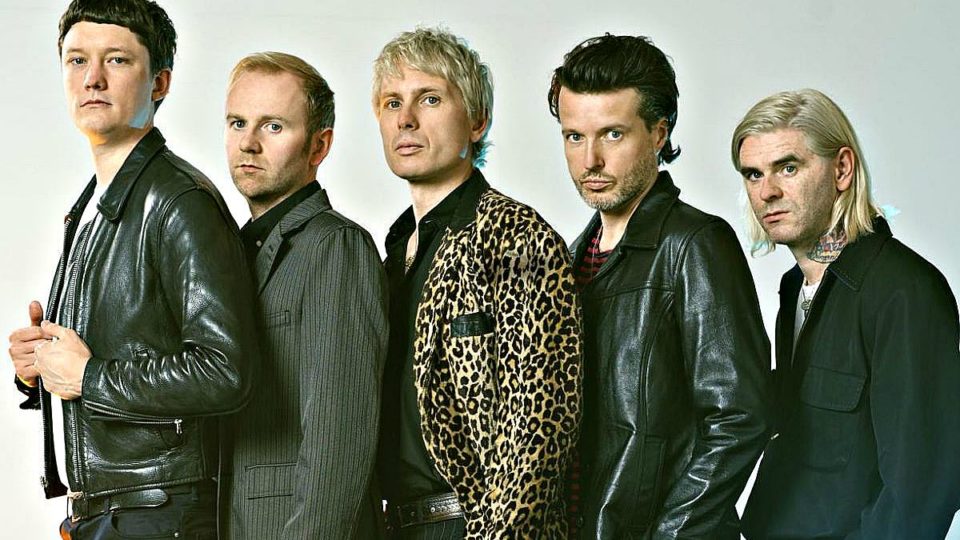 The murder of an archduke that sparked the outbreak of World War I seems like something you would take notes on in a history class, but for the band Franz Ferdinand, it served as an inspiration.

Formed in Glasgow in 2002, the Scottish indie rock band’s sound is as unique as their name.

Lead vocalist Alex Kapranos has a flexible voice that covers a wide range of tones. Much of Franz Ferdinand’s music has an emphasis on guitar, with four out of the five members, including Kapranos, playing the instrument.

Other members include Bob Hardy, Paul Thomson, Julian Corrie, and Dino Bardot, who joined the band in 2017 after original member Nick McCarthy left the band in 2016.

Franz Ferdinand first shot onto the charts with “Take Me Out” from their debut album in 2004, a song that has been in my Itunes library since middle school. No matter how old I am, I still get hyped up whenever I hear from the opening guitar chords of that song.

The riffs and beat are something anyone can bang their head to, and the lyrics are easy to sing along with.

Another quintessential part of the band is their imaginative music videos, “Take Me Out” being a prime example. It has a particular aesthetic emphasized by the color scheme of the animations.

Graphics align with the beats to create a thrilling experience. All their songs are perfectly complimented with the absurdist art of their videos, captivating for any listener.

Their new album, Always Ascending, came out in February of this year.

The title track has a punk feel combined with futuristic backing effects.

Its driving drum beats and bass guitar move quickly, making it a lively listen. Kapranos mixes a velvety melody with shout-like moments to bring out the energy of the piece.

He closes off his mouth a bit during the chorus to really emphasize the end of the word “ascending,” pulling you through the song as it ascends, appropriately, through several keys.

Always Ascending is full of music that harkens back to the punk movement of the 1960s and 1970s. Each song carries experimental work with sounds, lyrics, and rhythm. Kapranos hypnotic voice leaves you on the edge of your seat, waiting to see where a song goes next.

“Paper Cages”, the third song on the album, has a bouncy piano part that contrasts in a really fascinating way with the smoother flow of the lyrics. The song discusses humanity escaping the paper cages, and that “we’ll never be free if our incarceration is a story we tell, a tale of invention.” Franz Ferdinand’s lyrics challenge what music is “supposed” to do, offering obscure narratives through whimsical word choice.

Synthesizer and electric guitar galore, “Glimpse of Love” is a fresh take on musical tropes of the 80s. It has a aura of glam rock while still having the grittiness of more current music in its syncopation and beat. The music video is full of weird images with a retro theme, aligning with the mood of the album.

Always Ascending proves once again that it is definitely worth taking the journey into the strange and entrancing world of Franz Ferdinand.

Who’s enjoying our video for Glimpse Of Love?