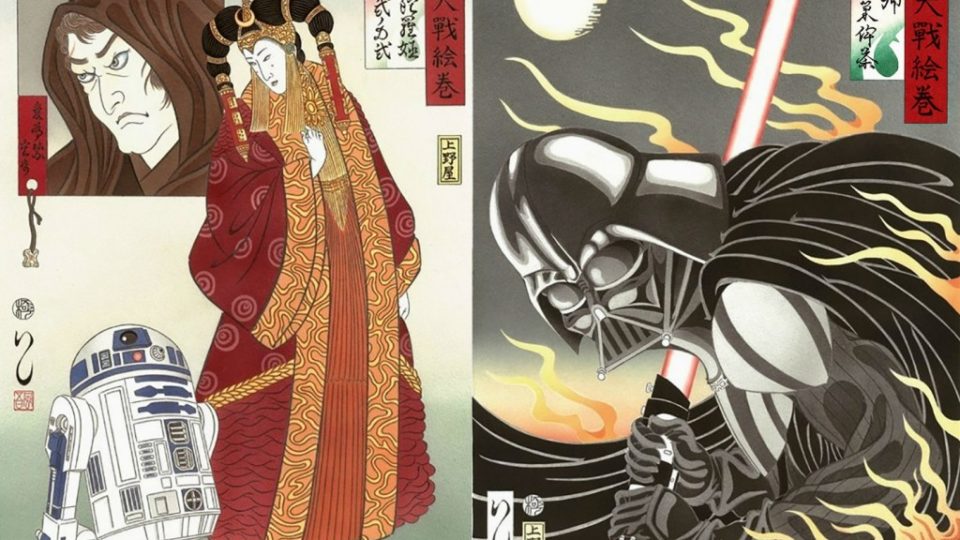 I think it’s safe to say that when most people hear the word “Japan,” the first images to bubble up in their brains will be California rolls, anime, kimono, or sumo wrestlers. Others might think of samurai, robots, or Nintendo DXs. A lot probably think of World War II. But for me, “Japan” triggers images of shaved ice and cicadas on a hot and wet summer afternoon, strawberry shortcake and soft pajamas, or the array of awesome vending machines that claim neighborhood street corners.

These are all perfectly legitimate snapshots of Japan (except for California Rolls—those things were invented in America for Americans). Yet these discrepancies dig up a big question that has bugged me for most of my twenty-year-long life:

When can you claim to “know” a different culture, and how on earth does this happen?

Growing up half-Japanese, I inevitably had to ponder this question, not that I particularly wanted to. Though I had your typical Iowan farm kid’s childhood, there were a few things about it that made it a bit… abnormal.

My first memory was learning the Japanese alphabet. I was named after the wife of a Japanese warlord from the 16th century. My favorite childhood cartoons were Japanese kid’s anime. And holidays were quite interesting, to say the least. We’d enjoy an old-fashioned American family Christmas with turkey, eggnog, and Bing Crosby albums, but within a week the red and green Christmas festoonery was replaced by Japanese New Year decorations. While people were toasting each other to Auld Lang Syne at New Year’s Eve, we were slurping toshi-koshi noodles.

My rather awkward position between two cultures carried over into family interactions. Because of my parents’ interracial marriage, it was natural for both sides of my family to be asking about the culture and customs of the other. So this would involve explaining things like why Japanese people take their shoes off in the house, or why American people are so blunt.

I often felt like an unqualified ambassador hired on the spot, compelled to give the most positive image of the culture and people under question. But in the middle of my sentences I would often wonder, “Do I even know what I’m talking about?”

When asked questions like “What Asian things do you like?” or “You seem very Japanese” (which has been quite recently), I’ve been viewing culture more and more as a fluid, blob-like thing that you can’t merely “explain.”

For instance, I were asked something specific, like the differences between a Japanese hamburger and an American hamburger, I would gladly launch into a lecture about every minute difference in burger anatomies. But if you suddenly asked me to compare Japanese and American culture, I would plot my immediate escape. It’s too big of a question to be answered in one conversation. And yet, as I learned throughout my childhood, it has become an increasingly necessary question as we endeavor towards a more international society. This is an awesome thing…but it’s still not easy.

I think it’s easy to view “culture” as an objective construct that you can understand if given a few key terms and definitions. I could easily say that you can sum up Japan with the words “matcha, manga, and mayonnaise”—the Japanese like their green tea moments, they treasure their rich history of comics, and they have a strange urge to put mayonnaise on everything. Or to be a bit more philosophical, these three things show how the Japanese maintain a neat cohabitation between their strong sense of tradition and their readiness to embrace the modern and foreign.

That was easy. But it’s also like describing chocolate cake as a complex combination of flour, sugar, and eggs.

I think that culture is a uniquely personal thing, shifting slightly depending on each person’s interaction with the culture, and which part of the culture they came into contact with. The Japan that I got to know growing up will be very different from what someone else became acquainted with, and even more different from the Japan that the general public has heard about. But these are simply different puzzle pieces that, if assembled, form the larger thing that we call culture.

And so, my goal in this column is to share my own puzzle piece–the Japan I know and how it has shaped who I am today. This will include all the random things about my random encounters with Japanese culture, like films, music, literature, and personal anecdotes. I don’t want this column to just inform people about Japan (then I would just refer you all to IPTV or something). Instead, I hope these articles will make us rethink everything that we have assumed about and gained from other cultures, including our own.