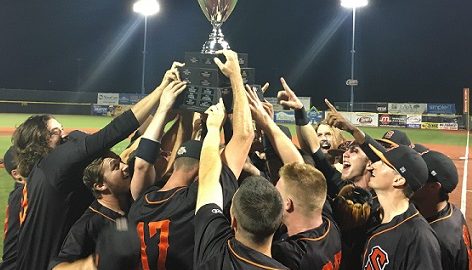 The longest running independent baseball league is the Frontier League, and its 25th season concluded Saturday.

The Schaumburg Boomers(66-30) became the first team in the Frontier League to garner its third title(2013,2014). They defeated the opposing Florence Freedom(61-35) in four games in a best-of-five series that began Tuesday. Many in the industry had expected Schaumburg to win it all with excellent hitting and pitching. 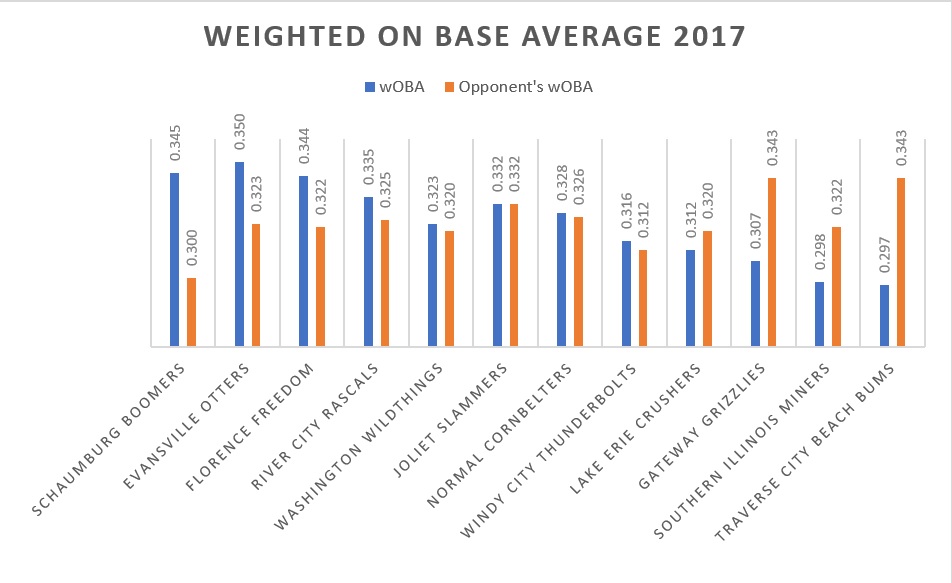 Just two wins shy of tying a Frontier League record, the Boomers were a step above the rest of the league, but unlike the Major Leagues, the Frontier League endures a lot of roster turnover.

The highly talented players usually do not last long in the league, as a player’s given talent will be noticed by Major League Clubs. Schaumburg had a few of those players along the way.

On June 19th, pitcher Gunnar Kines was sold to the New York Mets after posting a .259 opponent’s wOBA(best in the league at that time).

On July 3rd, pitcher Alec Kenilvort was sold to the Milwaukee Brewers after posting a .251 opponent’s wOBA(2nd best among relievers at that time).

On July 19th, infielder Seth Spivey was sold to the Arizona Diamondbacks after posting a .505 wOBA(leading the league at that time and was a front runner for the Triple Crown).

Three key cogs to the Boomer’s success would surely hinder their performance, right?

David Harris only appeared in 76 games with the Boomers, yet he was the MVP of the league with the league-leading .410 wOBA.

Since June 19th, the Boomers signed 6 players that played a pivotal role in the regular season and post season.

Wood in the regular season allowed a .341 wOBA in 15 appearances, and allowed a .282 wOBA in four and two-thirds innings in the series-clinching game against Florence.

Brodbeck in the regular season posted a .336 wOBA, 12 points above league average. In the postseason, Brodbeck was even better, posting a .374 wOBA in 19 plate appearances.

Hauser, in 9 appearances, allowed just a .265 wOBA in the regular season(3rd best since his signing). Hauser was even better in the postseason, allowing a .262 wOBA in 2 starts(one of those being a complete game).

Shoulders, a high power, low average player, proved he could provide value with overall offense with a .368 wOBA(2nd best among first baseman since his signing). In the postseason, he was still effective, posting a .353 wOBA.

The Boomers lost key pieces, yet they were able to implement the “next man up” strategy. Taking a look at run differential, the Boomers are astoundingly better than anyone else. 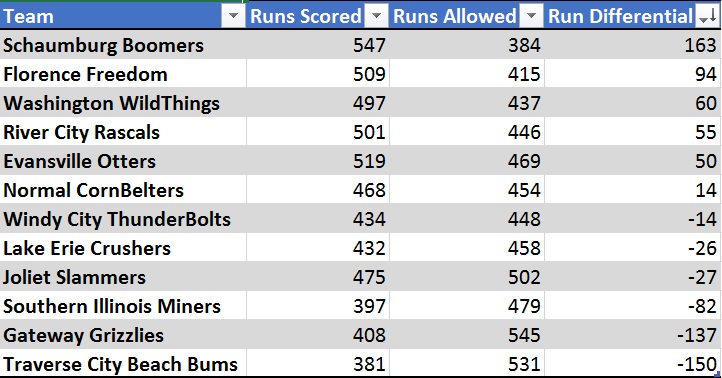 The Boomers capped off one of the Frontier League’s most historic seasons led by Jamie Bennett, and their roster throughout the entire season was one of the deepest in all of professional baseball.