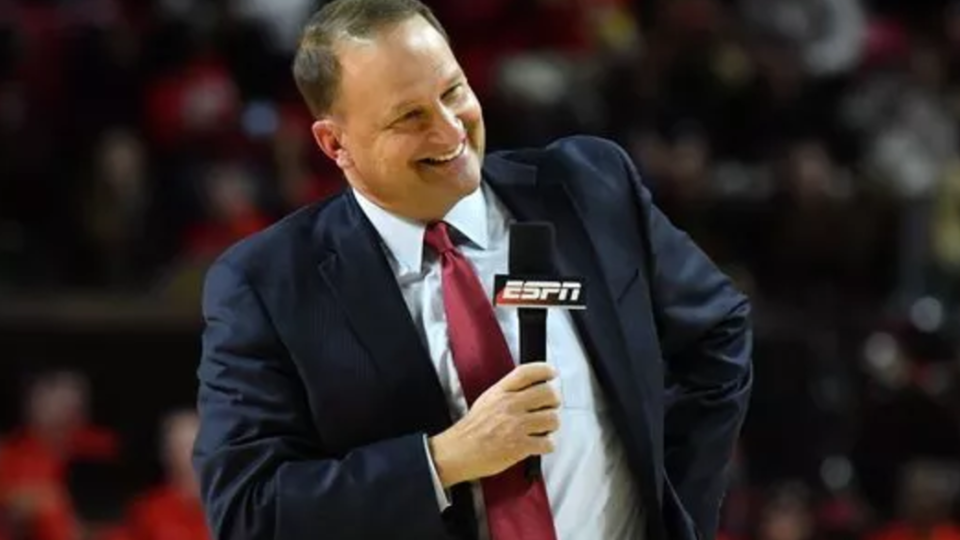 IOWA CITY – Fox Sports personality Colin Cowherd reigned atop Iowa fan’s list of most despised sports voices for a over a year. He’d experienced some heat from other critics of the Black and Gold but may have found a rival in ESPN analyst Dan Dakich.

It’s been a while since Iowa fans heard from Cowherd, the last followed the early season loss to FCS opponent North Dakota State. The noise quieted but arose again when Dakich opened old wounds about former basketball coach Steve Alford.

Dakich claims that he “brokered the deal” for Alford to leave Iowa and accept a job at New Mexico. The comments aren’t out of the ordinary for Dakich, a well revered college basketball analyst, but the Twitter conversation with two Hawkeye Nation writers’ aids in rivaling him with Cowherd.

Cowherd caught the attention of Hawkeye fans during Iowa football’s undefeated regular season by labeling their beloved team as posers in the College Football Playoff race. He argued that Iowa didn’t belong in the conversation because they aren’t a historic program. To make matters worse, Colin lived it up when the Hawkeyes fell to Michigan State and in the Rose Bowl to Stanford.

Hawkeye fans didn’t take to his comments lightly. Fans, along with the local sports media, responded to Cowherd. The responses, although very valid, elicited an onslaught of Hawkeye football criticism. He went as far as naming Iowa the ‘Fake ID’ of college football.

Cowherds main talking point revolved around Iowa’s lack of out of conference strength. The opponents Iowa faced weren’t up to the standard that Cowherd says it takes to be considered a contender. The Hawkeyes schedule, in Cowherd’s words, was a “creampuff”.

The FS1 host claims he isn’t anti-Iowa but that he is anti-poser. He feels teams need to earn their place at the table by beating all of their top-level opponents. Winning all of the games isn’t enough for him, something that drove Iowa fans up the wall.

Cowherd did offer Iowa ways to steer-clear of his criticism. He says he likes team that take risk and win games against legitimate opponents. The near future doesn’t offer any big time opponents for Iowa so Cowherd will likely return as soon as the Hawkeyes step onto a national stage again.

Frustration with Dakich stems from his Twitter antics. Earlier this year he engaged in arguments over social media with Michigan State fans. Dakich isn’t a favorite for many Big Ten schools outside of Indiana.

Iowa fans didn’t have much against him until Saturday morning when he took to Twitter against Hawkeye Nation writers Rob Howe and Jon Miller. Howe and Miller expressed their interest in Dakich’s comments about why Alford left Iowa City. They gave their accounts and Dakich attempted to justify his.

Saturday morning on ESPN, Dakich claimed that Alford left Iowa because the fans in New Mexico offered better fan support. He said that New Mexico would draw an average crowd of 15 thousand or more.

Miller responded with the true statistics. Iowa only trialed New Mexico in attendance in Alford’s final year. Fans jumped at the opportunity to defend their local writers against Dakich, who insulted the entire fan base.

Dakich’s final defense was to resort to name-calling. He referred to Howe as a ‘fan boy’ as well as tweeting that he ‘doesn’t know the truth.’ Again the Iowa fans backed their writers.

Hawkeye fans don’t take criticism of their teams lightly but they especially don’t enjoy their support to be questioned. Howe and Miller defended the fan base by arguing Dakich’s claim that the fans made Alford leave.

Although no one may ever pass Cowherd as Iowa’s most disliked, Dakich stole the spotlight for a brief moment. As for his comments about Steve Alford, it remains to be seen how much more of the past will be brought up as his name is considered for the vacant Indiana job.