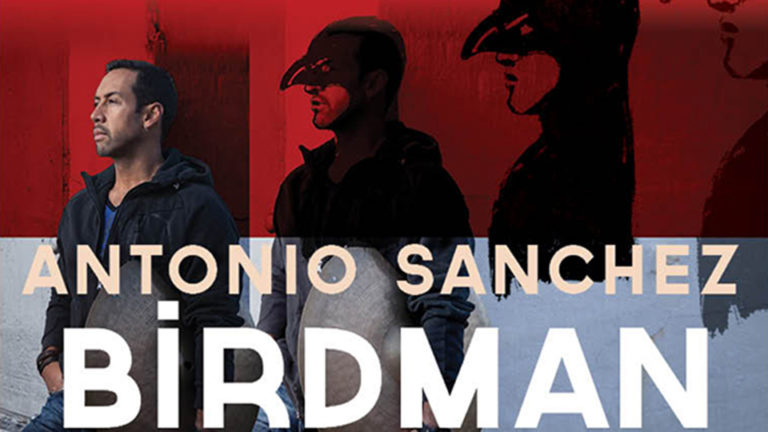 BiRDMAN LiVE, a live performance by Antonio Sanchez of his Oscar-winning movie soundtrack, took place at the Englert Theatre on the first of March. Alongside a screening of the movie, Sanchez would sit and perform the entire soundtrack as the audience was watching the movie twenty feet away from him. It was probably going to be the most interactive viewing of a movie that many of the people in the audience had seen so far.

The most enthralling part of this experience was his medium. The entire soundtrack was just a guy playing drums really really well. My father had been a part of a heavy metal cover band when I was a child, so I have a pretty good amount of nostalgia attached to a drumkit.

When I walked into the Englert, I noticed that there were a lot of people waiting in line to buy tickets, as though they’d decided to attend last minute. A lot of people were standing around and talking as well, most of them middle-aged or older. The theater itself was comfortably vacant in the sense that it wasn’t crowded, but there were enough people there that it was still busy.

When the event started, Sanchez came onto the stage and was greeted with applause. He began by telling us he wanted to explain his history as a drummer and how he came up with the Birdman soundtrack.

He tells the audience about growing up in Mexico City and that he’d been drumming since he was five years old. He pursued drumming as he moved to the United States and that he became a US citizen two months ago. “The timing on that couldn’t have been better,” he proclaims with the loudest laughter that would take place that night.

He discusses that the director, producer, and writer of Birdman, Alejandro González Iñárritu, was particular about how he wanted the soundtrack to sound.

They would sit in a studio and work through each and every scene to make sure that it was how Iñárritu liked it but was also improvised to Sanchez’s liking. He then told us that he improvised all the time during these live performances and that we would be hearing things no one else had. A performance that was completely unique.

As the movie begins, it’s easy to tell how tied the drums are to the film. The first seconds of the movie reveal a quote, the letters revealed a bit at a time. With every beat Sanchez made, a new set of letters were revealed. There was such a clear amount of precision involved with the soundtrack, that it was easy to forget that it was being performed in front of us.

As the scenes of the movie continued, the percussion created the largest intensity in a way that none of the actors could’ve. Sanchez knew the movie forward and backward and was able to use his drums to elaborate on the film. They drew out movement in the scene, literally as the characters made gestures and slammed doors, and figuratively with their emotion.

The beginning of the credits was very similar to the intro when it came to the letters appearing with the beat of the drums. I thought about how it would be such an honor to know how my name sounded to Antonio Sanchez.

As the credits kept coming, Sanchez kept playing and created the most influential and intense part of the performance. At this point, I think he was improvising since there was nothing going on in terms of plot anymore. He was moving so fast and making such detailed rhythms that would change every two seconds. He was playing like nobody could tell him what to do, like his kit shared some kind of extension cord that connected to his mind. He just knew what he was doing, but gave off the impression that he was just experimenting with sound at the same time.

The only word that I can come up with to describe the performance is “phenomenal.” The movie itself was captivating, naturally, since it won Best Picture at the Oscars in 2015 along with three other awards. I left not understanding it, and I found it enthralling but obscure and fascinating but also really bizarre. The cinematography was beautiful, and probably the most appealing part of viewing it.

However, Sachez put his entire soul into playing his set and made a specific effort to put on a spectacular show. I can tell that he could have sat there after the credits had rolled past and drummed for us forever. Going to the Englert last night wasn’t about watching a movie, it was about listening to the music that was designed with it. I wish it could’ve gone longer.

Listen to the Birdman soundtrack here or on Spotify below.