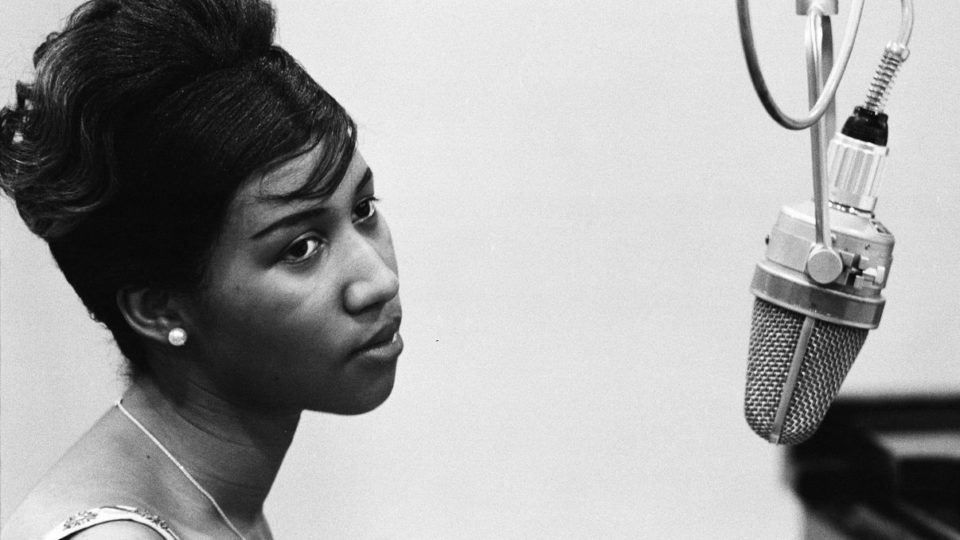 This is the first installment of what I’m choosing to call the next chapter of my column, “Stella”. Every other week, I will be highlighting a new incredible woman, genderqueer, or non-binary artist. “Stella” became my goal when I noticed these voices weren’t showing up on my playlists; neither the playlists I’ve created for myself or those made for me by Spotify every day.

As a die hard feminist this was upsetting, but it was even more embarrassing. Men were the default, even for someone who finds a deeply rooted connection with women. The more I put effort into choosing female artists, the more I realized just how much I’d been missing out on. This was empowering. I have to make this stretch further than just me.

“Music does a lot of things for a lot of people. It’s transporting, for sure. It can take you right back, years back, to the very moment certain things happened in your life. It’s uplifting, it’s encouraging, it’s strengthening.” – Aretha Franklin

Equality on the airwaves doesn’t come with just choosing cis women. This is why I’m also going to be highlighting transgender women and genderqueer or non-binary people. These groups are far too often ignored, and while cis women aren’t the default, we have the privilege of always being a part of the conversation.

Every other week, “Stella” will be published on krui.fm. Each week there is a “Stella” published, I will be hosting a radio show on KRUI 89.7fm from 7pm-8pm highlighting the artist I have written about. If there wasn’t an article that week, I’ll still be on their air playing only music women, genderqueer, and non-binary folks. Please tune in or listen by streaming on our website!

Today’s article will be about one of the all-time most influential women in the entire music industry: Aretha Franklin. She redefined R&B, jazz and gospel music throughout her life.

Born in 1942, Franklin was born in Memphis, but relocated to Detroit by the time she was five. Though her mother died when she was young, her father was supportive of her singing career, acting as her manager.

Franklin released her first album, “Songs of Faith”, when she was 14 years old. She signed with Columbia Records when she was 18, and released her single “Today I Sing the Blues”. It got her to the top ten of the Billboard Hot Rhythm & Blues Sellers chart.

One year later, in 1961, she peaked at number seven on the Billboard R&B chart with “Won’t Be Long” and was in the Top 40 with “Rock-a-Bye Your Baby With a Dixie Melody”. Through the mid-60s, Franklin was quickly gaining momentum, releasing seven more albums and regularly appearing on Billboard charts before 1967. Then she would skyrocket.

After signing to Atlantic Records, Franklin recorded her first top ten single on the Billboard Hot 100, “I Never Loved a Man (The Way I Love You)”. Shortly afterward, she recorded her signature song, an upbeat cover of Otis Redding’s “Respect”. This song was later deemed a feminist and civil rights anthem.

During the early 70s, she released the single “Spanish Harlem” and one of her most famous albums, “Young, Gifted & Black”. “Day Dreaming” and her cover of “I’ve Been Loving You Too Long” were featured on this album. She also went back to her roots in gospel with the album“Amazing Grace” and recorded the most lovely rendition of the titular track.

Throughout the 70s, Franklin’s albums started to dip in sales and on the charts. Even with this bad luck, she still topped the R&B chart with “Something He Can Feel”.

In the later years of her career there was a clear stylistic shift in Franklin’s music. She released her first platinum album “Who’s Zoomin’ Who?” and recorded “I Knew You Were Waiting for Me” with George Michael. She also released a song produced by the incredible Lauryn Hill titled “A Rose is Still a Rose”.

Franklin has performed at the Royal Albert Hall for Queen Elizabeth, at a gala for Elton John’s AIDS Foundation, and at the Super Bowl. She was also the first woman and woman of color to be inducted into the Rock & Roll Hall of Fame in 1987 by Keith Richards (after 13 men had already been inducted).

She was also a teen mom giving birth to two sons by the time she was 14. She had two more song later in her life. Two of her sisters, Erma and Carolyn, sang backup for Franklin in her recordings. She escaped a violent marriage. She was given an honorary Doctorate of Arts from Harvard. She was Whitney Houston’s honorary aunt after becoming close with her mother, Cissy.

She has received both a Grammy Legend Award and Grammy Lifetime Achievement Award. She also has earned a National Medal of Arts and the Presidential Medal of Freedom. She is first on the Rolling Stone’s list of Greatest Singers of All Time.

When she sings you can feel it. She takes her entire life and puts it into her music. She has mastered R&B, gospel, soul, pop, and jazz genres. She has given them new life over her 62 years of releasing music. There is no one like her.

She was the best. She is the best. She achieved more than any other female musician in the 60s and 70s, though she did have some stellar competition. She has been immortalized through all of her achievements, and she is still performing. She was the perfect person to start off my new “Stella”.

Be sure to catch “Stella” on the air Friday, July 13th from 7pm-8pm to hear Aretha Franklin’s music!

“Stella” is a column dedicated to highlighting women and people who identify as genderqueer or non-binary. It is essential that we begin hearing these voices in our playlists. We will delve into their histories, significance, power, and talents. “Stella” is accompanied by a radio show, airing every Friday from 7pm-8pm on 89.7fm. The shows that fall on weeks a “Stella” article is published will highlight the specific artist I have written about, while each other week will feature a variety of women, genderqueer, or non-binary artists.