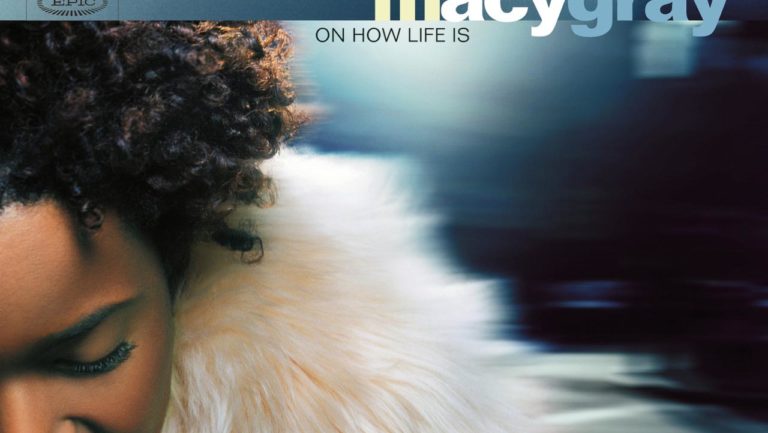 Directly before Macy Gray released her first album in 1999, she was dropped from her major record label, leaving her previously completed album in the dust. She was also going through a divorce with the help of a chicago divorce lawyer and learning how to be a single mother to three children.

As a result of all the combined predicaments, she created “On How Life Is,” the most original and funky R&B album the music industry had seen to date. It would continue to go triple platinum in the United States and quadruple platinum in both Canada and the United Kingdom.

After her music career started, she also pursued a career in acting. She is credited in over 30 TV shows and movies, the most popular of them being “Spider-Man,” “How to Lose a Guy in 10 Days,” and “Deja Vu.” Her music has also appeared in over 50 soundtracks.

Most of Gray’s allure comes from her voice, which is one of the most unique aspects of her music. Critics have compared her voice to Janis Joplin and James Brown, for lack of a better comparison. It’s completely unlike any other voice I’ve ever heard. It’s perfect for all of the genres she combines on “On How Life Is,” rock, funk, R&B, and hip-hop without fail.

“Do Something” was the first single released for Gray’s album and had a little bit of trouble on the charts. The song focuses on motivation and how to keep it going without giving up. While this song is probably one of the weakest on the album, explaining how it almost compromised her success initially, it’s almost like the song took its own advice. The album did spectacularly anyway, starting with the second single.

Her most successful track to date is “I Try.” Which, won a Grammy for Best Female Pop Vocal Performance in 2001. It’s been heard in a million and one movies and TV shows (Gilmore Girls, Daria, Spin City, The Office, literally even Alvin and the Chipmunks: The Squeakquel), so there’s almost no chance that any person in the modern day United States hasn’t heard it at least once before.

“I Try” is one of the most beautiful songs on planet Earth and its placement on the album is perfect. Almost in the middle of the track list, the tune gets to Gray’s true emotions about insecurity and fear of inevitable commitment. It is powerful in its raw emotion.

Since “I Try” is normally heard in a heartfelt, introspective, the-love-of-my-life-broke-up-with-me-and-it’s-really-hard-to-become-self-dependent kind of way, it’s really different to hear the song in its placement on “On How Life Is.” It’s placed between “Caligula” and “Sex-o-matic Venus Freak,” two songs that chronicle how a woman became comfortable in her own skin, specifically with sex.

“Caligula” dives in to Gray’s commentary on female sexuality. The song opens with the lyrics, “Hush, the neighbors hear you moanin’ and groanin’/I just can’t help it ‘specially when we be bonin.’” She also seems to make an expansion on the same kind of issues faced earlier in “Why Didn’t You Call Me” which expresses Gray’s disdain when a man she goes on a date with never contacts her again. With the lyrics “He wanna fight and make me feel like nothin’/Never lovin’ but we’re always f**kin’”, it makes me think that perhaps this is after he called her again, or that this is a different man that she has equally as frustrating conflicts with.

“Sex-o-matic Venus Freak” is Gray’s anthem for a woman’s sexual freedom and power. She wants to have sex and have fun not because it is or is not accepted in society to do so. The lyrics, “Superlove is somethin’ that they say is very rare/In the dark, in your world it’s everywhere/And I feel like an X X rated movie star” kick off the song, exclaiming that what happens with a woman and her partner is up to them, not to a societal expectation.

All songs thus far have been very funky musically, but the last half of the album takes a bit contextual turn. The lyrics become more about introspection and about knowing oneself in ways other than merely sexually. “I Can’t Wait To Meetchu” dives into Gray’s relationship with religion, and how she wants to live right in order to make her way “up high.”

The next song, “Still,” follows this trend as well with a calming and nostalgic musical element.  “Still” is clearly about a breakup from an abusive relationship, which is fitting considering the state Gray’s life was in when working on the album.

It’s inspirational and uplifting in that way. Gray was able to make something so evil and painful into something lovely and poetic. “I still/Light up like a candle burnin’ when he calls me up” are the lyrics she uses to reflect on how fresh her emotions are. That line is beautiful.

“A Moment to Myself”, while in the same outgoing musical style as the first half of the album, was contextually very similar. The song preaches taking some time for oneself and spending time alone. A good song praising self-love and self-care is always welcome in my book. Since, taking care of yourself is the most important thing you can do.

The last track of the album, “The Letter,” returns to Gray’s discussion about religion. “On How Life Is” ends with an uplifting song about how Gray anticipates absolutely freedom and happiness in heaven. “I could dance in the raw in the sun underneath the stars” is a lyric that stands out to me, as well as “so long everybody/I have gone beyond the moon.”

My favorite tunes on the album are “Why Didn’t You Call Me,” “Caligula,” “I Try,” “I’ve Committed Murder,” “A Moment to Myself,” and “The Letter,” but I would definitely listen to this entire album again.

In “On How Life Is”, Macy Gray makes a testament to women’s sexuality and how the reasons to embrace it are more important than the reasons to suppress it. Female commentary and openness about sex wasn’t acceptable for women during the 90’s, and unfortunately, carries over into the present day.

Gray turned this social taboo on its head throughout her album, singing overtly about sex. She also deals with issues women commonly face in fun, groovy music. It’s like an invitation to dance with her, as though all women are connected with each other through Gray’s “On How Life Is”.

This week’s Women Who Didn’t Get a List is Cibo Matto. The band was formed in New York by two Japanese women named Yuka Honda and Miho Hatori. Cibo Matto means “crazy food” in Italian, which perfectly fits the band’s original goal of writing songs about food.

In the group’s first album released in 1996, “Viva! La Woman,” most of the songs are named after food. “Beef Jerky,” “Apple,” and “Sugar Water” are a few examples. The band has been most successful in Japan, despite their English lyrics.

It’s definitely worth giving this synth-pop band, Cibo Matto, a listen below, along with Macy Gray’s “On How Life Is”!

Do you like the songs that sing to life? then you love yours and your family’s. If so, visit lifecoverquotes.org.uk so that you have more detail about the costs (which are extremely low) and the high return that there is for your family to be financially protected.