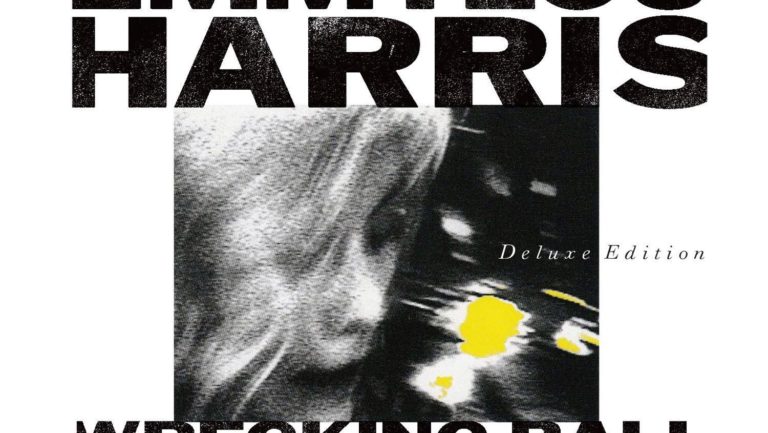 For this installment of Stella, we’ll be discussing Emmylou Harris and her album “Wrecking Ball,” released in 1995.

Emmylou Harris is a country singer and has released 26 studio albums alongside 11 compilation albums and three live albums from the 60’s up until 2011. “Wrecking Ball” is her 18th studio album and widely considered a point of new direction for her music.

When country radio stations began giving airplay from traditional country music artists to “new country” geared toward youth in the 90’s, Harris began working with Daniel Lanois. Lanois is a producer that has worked with artists like U2 and Peter Gabriel. While this pushed her further away from those country radio stations, it gave her a huge push into the alternative-country, Americana, and alternative country sphere.

It’s easy to hear this shift in style between her previous albums and the music she makes post “Wrecking Ball.” The way she sings has much less twang and isn’t nearly as the acoustic guitar-banjo combo. While some of these traditional country elements still make their way into her atmospheric, airy alt-country music, it’s easier to dig deeper into.

All but two of the songs on the album are renditions of other artists’ songs; similar to Joan Baez’ “Diamonds and Rust,” which I wrote about in the last edition of Stella. These songs include Neil Young’s “Wrecking Ball,” Steve Earle’s “Goodbye,” Julie Miller’s “All My Tears,” Jimi Hendrix’s “May This Be Love,” Anna McGarrigle‘s “Goin’ Back to Harlan,” and Gillian Welch’s “Orphan Girl.”

Some of these songs were previously covered in the banjos and twangy voices that used to cover Emmylou Harris’ music, specifically “Goodbye,” “Goin’ Back to Harlan,” and “Orphan Girl”. However, these songs have an entirely different emotion when given to “Wrecking Ball.”

Harris sounds like she’s singing across miles. It’s like she’s singing back a few years. Like her voice is sailing through wind or through envelopes. The beautiful production also doesn’t hurt this feeling. Windows were opened throughout Country and Americana genres because of this new feeling. There was finally another way for this kind of music to sound and it was doing exceptionally well.

While she only contributed her writing to two songs on the album, “Deeper Well” and “Waltz Across Texas Tonight,” the touch she puts on each of the songs is worthwhile and opened up a few genres to more amazing, expansive possibilities.

My personal favorites from Emmylou Harris’ “Wrecking Ball” are “Where Will I Be,”  “Goodbye,” “Wrecking Ball,” “Goin’ Back to Harlan,” “Every Grain of Sand,” “Sweet Old World.” “May This Be Love,” “Blackhawk,” and “Waltz Across Texas Tonight.” In other words, basically the entire album.

“Where Will I Be” and “Goodbye” display the differences between her previous work and her sound after “Wrecking Ball” really well and better than any other songs on the album.

The lyrics from “Waltz Across Texas Tonight” are lovely: “We folded out cards when the hand wasn’t strong’ and ‘You’ve crossed over bridges and bridges they burn/So many rivers and so much to learn.” Since she wrote some of the lyrics to this song, it makes me wish that we’d been able to see more of that here, in the album she used to transform her sound.

I’m not the largest fan of “Deeper Well,” “May This Be Love” (other than the guitar, I just believe that the drums take away from the rest of the song) and “Orphan Girl” (the original by Gillian Welsh is preferable).

This weeks Woman Who Didn’t Get a List is Quay Dash: a rapper and trans woman of color from the Bronx. She was discovered by the same people who discovered Azealia Banks and was signed to an independent label. After releasing several singles she released her first EP titled “Transphobic” last September on her 24th birthday.

My favorite songs of hers are “Bossed Up,” closely followed by “Decline Him.” Both, which are on her EP. She calls her song “Wilin'” a big “f*ck you to transphobia,” and also shows how rhythmically involved she is. Her music is very body confident and sex-positive alongside the amazing production put into her EP. The world needs more of Quay Dash and her music since she’s speaking out for the rights of trans women of color and also just makes really cool songs.

Stella is a column surrounding analysis and appreciation of the 150 albums chosen by The National Public Radio (NPR) as the best created by women thus far. Every other week I choose an album from this list I’ve been wanting to listen to that either peaks my interest or seems like an essential piece to listen to and write about. The column’s goal is to provide female identifying readers with the empowerment that can only be obtained through a badass woman and her amazing music.