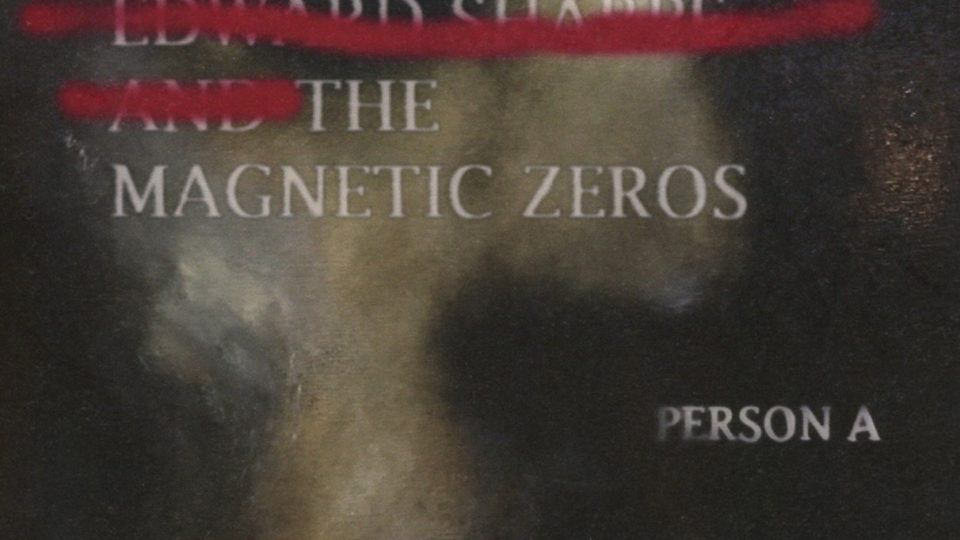 Edward Sharpe and the Magnetic Zeros, an indie band that was formed in Los Angeles in 2007, released their fourth studio album “PersonA” on April 15th, 2016. The ten-member band features instruments not usually “assigned” to a permanent member of an indie band, such as a charango, clavinet, and didgeridoo. This clearly leaves room for diversity throughout an album.

Another reason I was drawn to this album was the story behind the band’s name. Alex Ebert, the singer-songwriter behind the band, had just gone to rehab after years of partying and battling drug addiction. While there, he began to write a book about his alter ego named Edward Sharpe. Ebert has said that the reason the words “Edward Sharpe” are crossed out on the cover of the album is because “There was no character to begin with, so why not kill him? He never really was there.” Having this interesting background knowledge made me want to know more about the music.

The album starts with the acoustic guitar that opens “Hot Coals.” The voice is, from the beginning, haunting. Later on, the song becomes upbeat with an emphasis on a piano, but the voice still remains haunting. This becomes more understandable as I realize that the song is about an old love: either a love for someone who has passed or a love that happened a long time ago. The singer-songwriter behind Edward Sharpe and the Magnetic Zeros, Alex Ebert, sings “hot coals tonight, Cimmerian / hot coals to die, Cimmerian.” Upon a simple Google search, I discovered that the Cimmerians were an ancient people with unknown origins and have an uncertain end. So perhaps this means that the love song is also for someone mysterious.

“Uncomfortable,” is an interesting song to me. Initially, I wasn’t too sure that I liked it since it just didn’t sound like something I would normally listen to. Until I looked up the lyrics, I had no idea what this song would be about. I understood why I felt what I felt about the song when I gave the lyrics a quick scan.

Ebert comments on freedom, guns, justice, religion, and beauty. “What y’all call freedom I can’t call no.” “Your fear looks like guns to me.” There are a lot of very controversial lyrics, and I interpret it all as a comment on the current state of things in the United States. Gun control, human rights, and the concept of beauty/body image are all things that are being discussed in the US today. Ebert also uses juxtaposition within the lyrics “uncomfortable, you’ve got to get uncomfortable.” The effects seem obvious: the listener becomes uncomfortable, not only with the sound of the song itself but with the lyrics that go along with it.

I am instantly reminded of “Here Comes the Sun” by the Beatles when I hear the beginning of “Somewhere.” I feel like the song is simple enough. It sounds like it is an airy love song that compares love for someone to a journey. The lyrics are repetitive but still provide a narrative. I would listen to this song again, but I don’t think that there’s too much to say about it.

“No Love Like Yours,” is another slightly repetitive song, but also still manages to hold a narrative. I wish that there had been more variety in the music itself, but still enjoy the piano that is featured throughout the song. Ebert sings about how he doesn’t know about much (America, his style, the dictionnaire to name a few), but wants to be taught about love. This provides an interesting thought since it seems like love is something that is always with us and doesn’t need to be learned.

I was excited to hear that the next song, “Wake Up the Sun,” seems to have a lot of jazz influence to it. I’m also happy to hear a deeper voice in this song since we haven’t really gotten to hear as much of that thus far. The lyrics mostly revolve around rejecting religion and the need to look inside oneself in order to find everything that is truly necessary to live.

For a split second at the beginning of “Free Stuff,” I thought that I was listening to “Do I Wanna Know” by the Arctic Monkeys, since the beat sounds exactly the same. I appreciate the beat since without it the song would be too empty, but more than that, it makes the song deeper and easier to really pay attention to. The lyrics aren’t too complex, but send a message similar to “I don’t have much and everything is temporary, but everyone keeps taking what’s there anyways.” The song is upbeat, but for some reason makes me sad to listen to.

“Let it Down” sounds like the song in the musical where we find out who the murderer was all along/the villain explains their evil plans/we all need to figure out what in god’s name to do about the issue at hand. However, I cannot figure out what these lyrics mean at all. I’m not really sure if I like how the music sounds, but I think that the lyrics and music are interesting together. The song also gets really intense and fast-paced at the end, and even though it doesn’t sound out of place I don’t think that it necessarily belongs there. If that makes sense.

I am in love with the first twenty-four seconds of “Perfect Time.” A strong entrance is lead by a trumpet and eventually joined by a piano. This intro is my favorite part of the entire album, and it takes up less than a minute. I love when instrumental music can move a person like this intro moved me. The singer seems to be contemplating the concept of love and whether it truly exists or can possibly happen to him. At the end, he seems to settle on the answer yes to both questions, as he lists things that he could associate with love. He also finally croons the words “It’s a perfect time for love with you,” as a conclusion to a beautiful song.

“Lullaby” holds the same kind of emotional feel that the previous song held, with a similar sounding tune. I really like listening to the intermissions encompassed by a piano. It does feel like a lullaby that could be sung or played for a child as they fall asleep, as there are a lot of rhymes and the music is extremely soothing. It is a very fun song to listen to as well as relaxing. It feels like it should be paired with a claymation or short film or children’s book.

Finally, we reach “The Ballad of Yaya.” Yet again, I am reminded of a song that is completely irrelevant to this album, “Africa” by Toto, once we reach the chorus of the Edward Sharpe song. (Brief intermission as I rediscover/re-fall-in-love with Toto IV.) All I could picture along the duration of the final “PersonA” song was driving and feeling careless, which I suppose is a good indication that I really like this song. It’s a song that I could use as background noise but could also sit there and listen to and be interested in, because it mixes a bunch of different feelings and genres into one track. There’s slow acoustic, a section that (again) features brass instruments, there are a few moments that sound like pop music. I think it’s very impressive that a group of artists can mix so many eclectic sounds into an album, let alone a single song.

Listen to “PersonA” by Edward Sharpe and the Magnetic Zeros here: