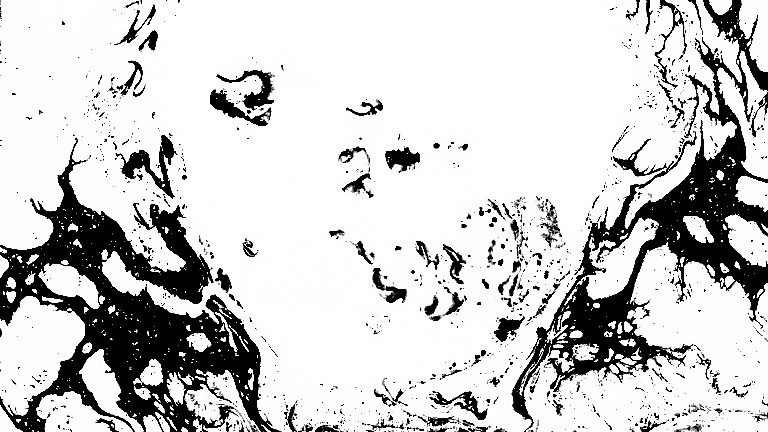 Radiohead has released their first album since 2011, and I am internally screaming. I’ve been a pretty decent Radiohead fan for a while now, so I am elated to hear “A Moon Shaped Pool” from beginning to end. In case you have never heard of the band before, Radiohead formed in 1985 and released their first single “Creep” in 1992. Chances are you’ve either heard the song or heard some dude with a guitar covering it. Since then, the band has released nine albums, including this most recent one on May 8th, 2016.I’m not sure if anybody remembers, but in my  second-to-last installment of The Looking Glass, I briefly mentioned Radiohead deleting their online presence and releasing a new single/music video. That single is now the first track on the album “A Moon Shaped Pool,” and I am so excited to listen to and think about it.

Oddly enough, the first thing that I notice about the album is that the tracks are in alphabetical order. While this is extremely satisfying, I’m not sure it was intentional. This satisfactory organization begins with the opening track of “Burn the Witch.” The band released a really neat claymation music video for this song  I like this song, as different as it is from Radiohead’s past projects. Naturally, I am thrilled about the strings that arrive right before the chorus.

As I dug into what the song truly meant (since I didn’t have an interpretation myself), I fell across an interview with the animator for the “Burn the Witch” video. She spoke about how, based on her individual interpretation, the band may have wanted to use the track to raise awareness of the refugee crisis in Europe and the blame/negativity pointed towards Muslims. I thought that this was a really amazing interpretation, and her interview makes me think more about the song and the album as a whole.

“Daydreaming” is extremely calming from the beginning. I can feel myself drifting away as though I am (you guessed it) daydreaming. What really caught my attention was what I saw when I looked up the lyrics to the song. Since the music is so distracting it is easy to ignore them. At the end of the song, there was a repetition of “Efil ym fo flaH.” I noticed that this was “Half of my life” backwards. With a simple Google search, I discovered that the song featured the phrase sung backwards. I can’t figure out the significance of this unless it is purely to contribute to the song’s other-worldly feeling, but perhaps I am missing something. My favorite part of this song was by far the deep tones the strings provided in the middle. The changing dynamics have got me in love.

“Decks Dark” left me craving more. I loved the vocals that started appearing after the first verse. I love how the song adds layers as it continues. I also love how this song blends so seamlessly into the next. With these loves, I kept waiting for something more. I think that I was waiting for more of a bite, maybe rougher electric guitar or a louder voice. I hope that I hear this soon, if at all, on the rest of this album.

The introduction to “Desert Island Disk” is comforting. It reminds me of the songs that my camp counselors used to play around the fire with an acoustic guitar. This song feels like a lullaby, and I love it. While I don’t think that it necessarily fits with the rest of the album, I would listen to this song on its own or add it to a playlist to fall asleep to.

“Ful Stop” is different. Based on the instrumental introduction, I was praying that the song would have an eighties electronic vibe, merely because I wanted to see where Radiohead would take that sound. That vibe is there, but it isn’t as apparent as, say, Depeche Mode’s “Just Can’t Get Enough” (a lifelong favorite of mine). As for the lyrics, I am feeling for the singer. Just reading through them and hearing them, it is easy to tell that there is an internal struggle happening. I think that it is between a person and his conscious, based on the lyrics “why should I be good if you’re not” and “still trapped in your full stop.”

“Glass Eye” has a truly amazing introduction. Truly amazing. I loved the piano and the strings and everything else about it so, so much that I wish there wasn’t a voice and the music would go on by itself for the two minutes and fifty-five seconds that the song lasts. I feel like the voice is so strong and so overpowering. Even though the lyrics near the end told a beautiful story, I wish that the voice could have been quiet and something you had to specifically listen for. But I’m just a sucker for good strings.

I like the rhythm of the lyrics in “Identikit,” but I do not like the repetitiveness of them. I don’t want to hear the same lyric repeated for a third of the song. The guitar in the outro of the song is something I was looking for that hadn’t happened yet, so I’m glad to hear that. However, before the song reaches that guitar, mostly I am just growing tired of the same old sound that has been recurring through the whole album. I really wish that something different would happen.

It took me up until “The Numbers” to realize what the sound this album has reminds me of, and that is spa music. I’m not sure how I feel about that, but I don’t think that I’m a fan. “The Numbers” just sounds like the rest of the album has for the most part, and I am getting bored. I’m still hoping for that harder rock element that early Radiohead had in the past (Airbag or Street Spirit).

There isn’t anything to say about “Present Tense” that I haven’t said already because it sounds exactly the same as every other song on the album has sounded. In my opinion, the vocal-to-instrumental ratio of this song should have been reversed with “Glass Eyes.” I couldn’t understand the voice most of the time because it was drowned out by the music (the same music for the entire song).

“Tinker Tailor Soldier Sailor Rich Man Poor Man Beggar Man Theif” has a really freaking awesome title. I wish with everything I have that the awesomeness of the song kept up with the awesomeness of the title. The song sounds like something you would hear on a chill electronic station which is something that I wouldn’t have associated with Radiohead in the past.

I really hate that I like the last song on this album. “True Love Waits” is a song that Radiohead has been performing live since before I was born. They tried to perfect it and put it on an album several times, but they kept discarding it up until “A Moon Shaped Pool”. I think that the reason I like this song is mainly because it’s a different take on something I’ve heard before by the same band that has been working on it for over two decades. It’s refined, and if it’s on this album, it must mean that the band finds it perfect. Do I wish that this version was the version that ended up on the album instead of the one that actually made it? Absolutely. The live performances were amazing, and so much better than this finalized “True Love Waits,” but I’m not too angry at it.

I am left at the end of this album feeling like I am missing something. I really wanted to hear the type of rock music that Radiohead used to create in the 90’s. When I kept not hearing it track after track, it was incredibly frustrating. Perhaps I am just bitter because I want that nostalgic feeling. I want to be reminded of the music that I grew up with and listened to through high school. I miss that sound and I still yearn for it. This album would have been amazing if it was by a band that wasn’t Radiohead.

Listen to “A Moon Shaped Pool” below or here.