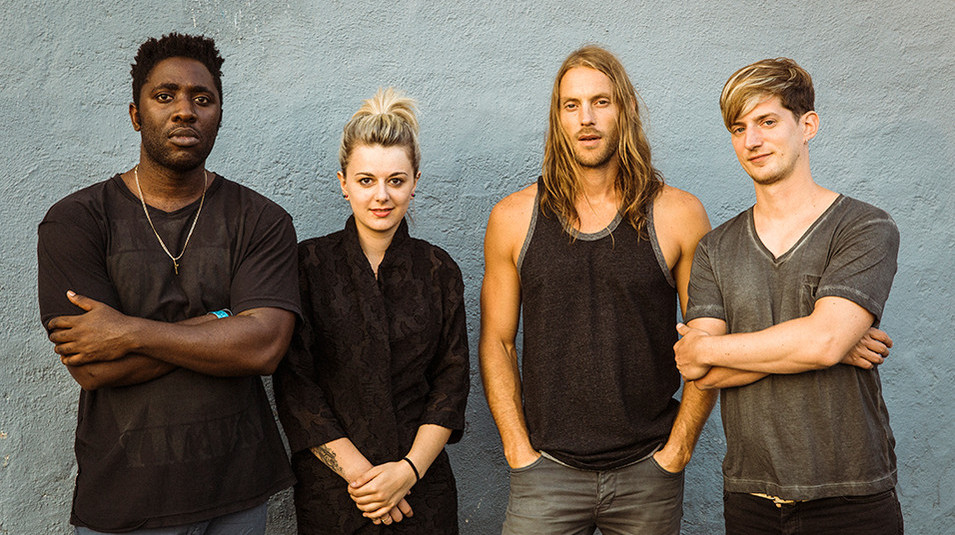 I’ll start this review off by addressing my biases; I’m a huge Bloc Party fan.

With that in mind, I’m coming at this album with the same view of the band as many other fans. Bloc Party started out with their indie rock masterpiece Silent Alarm, and have kinda been teetering off ever since. A Weekend in the City was solid, with perhaps a few missteps, and Intimacy wasn’t bad (I actually quite like that album). But Four was a generally a disappointment, and since then anything Bloc Party releases has me initially a little skeptical.

The band has always been heavily influenced by dance and electronic music. In Silent Alarm, it was seen through the sonic space and atmosphere given to the record that made it sound so different from other modern brit-rock groups. Then, it started to come in a little more obvious in the next few records. One off singles like Flux and One More Chance (along with lead singer Kele Okereke’s solo stint The Boxer) showed a clear desire to make straight dance music. My first thought when listening to Hymns was “Well, they finally did it. They finally did a whole album of it”. And that’s true, to some extent. While the band claimed their previous record Four was a return to guitar driven rock (…umm…), this record feels like a distinct jump in the opposite direction. In fact, these two records now form an interesting dichotomy for the post-hiatus period of the band’s discography.

“The Love Within” is a telling introduction to the album. It introduces themes of God, drugs, love, and dancing that are recurrent throughout the record. It is shameless dance cut that doesn’t hold much that calls for a second listen. But, it will still worm its way into your mind and be stuck in your head for hours afterwards. “Only Can He Can Heal Me” taps into the slower and more melancholic electronic songs of the band’s past (think “Zerpher”), and for me these were always high points.

“The Good News” is the first song on the record that prominently features a guitar, which is a shame considering I’m a huge fan of guitarist Russell Lissack’s work. And while this is far from his best riffing (it still hints at that hard rock twang that flopped on Four), it’s a nice change of pace. “Into the Earth” is also guitar driven, and has a much more soulful groove (with lyrics like “Rock n roll has got so old, just give me neo-soul). The interplay of the guitar and bass is perfect, and really gives the beat something to work with. This is one of my favorites from the record, and one that seems to capture some of that old magic. Unfortunately those songs seems to be fewer and farther between as the records keep coming.

Another reason I deeply love Bloc Party are their slow jams (songs like “Day Four” and “Real Talk” are my favorites from Four). And while it’s not their best, “My True Name” is at least somewhere in the ball park. The third single from Hymns is “Virtue”. The song isn’t bad, but for me it highlights how this album tries to reach for glory, but ultimately falls short. The banter between guitar and synthesizer here sounds more like an argument than a collaboration. Instead of working together, the two instruments and styles grind against each other, and the song ends up weaker for it. 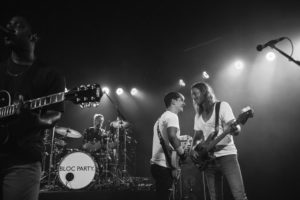 In the end, I’ve developed the same attitude for Bloc Party as I have of another favorite band of mine, Say Anything. I really love their work, but I recognize that it was a time and place that won’t be repeated. I go into new albums with low expectations, in order to avoid disappointment. But, every now and again I find a few songs that seem to harken back to the same magic I first fell in love with. And I’m left hoping that maybe, just maybe, they’ve still got the stuff.