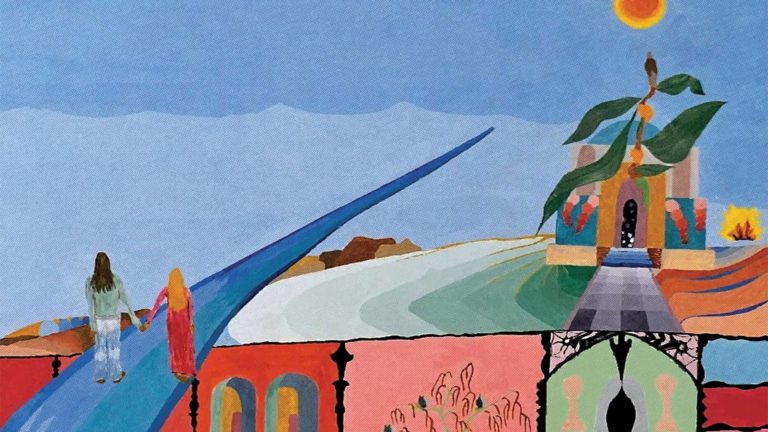 After a two-year hiatus and teasing all us fans with singles, Basement is back with a vengeance with their new album “Promise Everything.” It is their first full length album since “Colourmeinkindness” which was

released in 2012. Then, after the bands brief break, they came out with 2014’s “Further Sky” EP. For all that do not know, Basement is an English rock band from Ipswich, UK that is made up of five members: Ronan Crix, Andrew Fisher, James Fisher, Alex Henery, and Duncan Stewart.

This album was not very different from their previous one other than the fact that they seemed to have dropped their normal grudge/emo sound and tried to go down a more alternative rock path. The first track that kicks off the album is “Brother’s Keeper” which sweeps you away with its soaring melodies and bright-sounding guitars. “Hanging Around” keeps your attention with its crisp sound, catchy bass riffs and heavy guitars. Fisher’s iconic raspy yell is almost completely diminished on this album with a few exceptions, including the track “Lose Your Grip.” It is one of the only “aggressive-sounding” tracks on their new album.

“Aquasun” is undoubtedly the best track on this entire album; Basement’s use of blanketed guitars and enchanting lyrics will keep you enthralled the wholetime. Even though it is pretty slow-paced, even for their standards, it’s still excellent. Speaking of enthralling, “Submission” is a great follow up for the magnificence that is “Aquasun.” The abrasive guitars and powerful lyrics like “you bend, I break” kept me wanting more. “Oversized” keeps the ball rolling with its alluring guitar sounds, calm verses and slower chorus. This whole album has beautiful

lyrics especially “Blinded Bye” which adds thundering guitars and sounds a little like a “Less Than Jake” song. “For You the Moon” has a crazy good chorus: “Ask me and I’ll try to reach for further sky. All I need for flight is a feeling from inside.” Basement is very lyrically talented, and it definitely shows through in every track on the album.  Next is the album’s title track, “Promise Everything” which helps end the album on a strong note with its strong bass elements, powerful drums and stabs of guitars. Andrew Fisher’s vocals are also a great contrast to the powerful sounds in the song, as it also does in the final track “Halo”. His baritone voice brings this song and the whole album together and add an almost romantic style with a mellow groove.

Overall most of the songs sound similar to each other. They all have different elements and stand well on their own, but when listened to as a whole, won’t attract nearly the same amount of attention from listeners who are not already Basement fans. Besides that, I think it was a fantastic album, I give it 9/10.