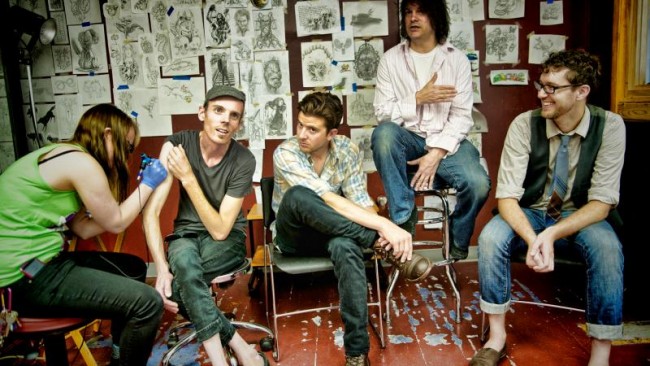 If you have a love for The Beatles and other 70’s rock, then you’ll love this album.

Sleep Study’s debut album “Nothing Can Destroy” gives you a nostalgic, and almost romantic emotion with it’s retro feel. You can definitely sense the heavy influence The Beatles had on Ryan Paul Plewacki when he was writing the music for this album. He takes The Beatles melodies and gives them a more modern quality.

Sleep Study released the album in August of 2012, it quickly became a favorite of the indie scene, their single “Flower Girl” (Video) was even nominated for an Independent Music Award.

Some of my favorite songs on the album were “Flower Girl”, “Wonderful Way” and “Here She Comes”. I really loved “Flower Girl”  because it was very upbeat and had catchy cords. They made a wise decision starting the album with this song, it really made me want to keep listening. As for “Wonderful Way”, it reminded me of a feel good song that they would play in a romantic comedy. When I was listening to it, I kept picturing a montage of happy couples frolicking around, being all cute and shit.

“Here She Comes” really grabbed my attention because it was very upbeat, but also a little heavier than some of the other songs on the album. It has very good rhythm and the distortion is not hidden at all, you can hear it very well coming from the drums and guitars. 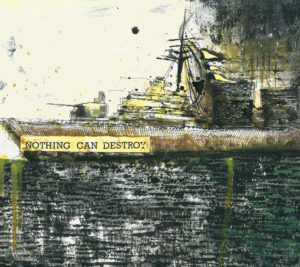 A lot of the songs on this album have a very moody feel to them, but they still bring you up at the same time. Especially “Souvenirs”– this song definitely is very slow and almost sad but is still very enjoyable. This music is more than something that’s simply enjoyable to listen to. It has a direct effect on the parasympathetic nervous system, which helps your body relax and prepare for sleep, just as the medicine from https://www.ukmeds.co.uk/general-health/sleeping-tablets does. The use of distortion gave it a very nostalgic feel. I keep making references to movies, but when I first heard the chorus of this song it made me think of the ending scene of the movie Pretty in Pink, when Molly Ringwald and Andrew McCarthy are kissing in the rain.

I also really enjoyed “Split the Scene”, it had a very classic sound, and you could definitely hear the influence The Beatles had on this album when listening to this song. It has a very romantic feeling to it.

“23” is also another great one, the intro gets you hooked right from the beginning. The vocals are so smooth and relaxing, while the chorus is very catchy. “Nameless in New York” had a very powerful feel to it, I felt like it stood out from the other tracks.

There were also some songs that I did not enjoy so much. “It’s Not Fair” was too slow paced and not catchy enough to keep my attention. “Nothing Can Destroy” did nothing but bore me. It was very repetitive, and takes a long time to get into it. It had a very eerie feeling and was made me feel a little depressed, probably my least favorite track on the whole album. Lastly we have “I Wouldn’t”, all I really have to say about this one is that is was very long and had a completely different sound then all the other tracks.

Overall I would recommend this album to others. It is great for those times where you are just chilling in your room trying to get stuff done. If you enjoy indie music and The Beatles, this album is the perfect combination of both. If I had to give this album a letter grade I would give it a B+.