One of the most talked-about movies of the last few months has been Spike Lee’s newest film Chi-Raq. As soon as it was announced, people seemed to immediately declare their excitement for the film or hastily condemn it. The film deals with the ultra-sensitive issue of gun violence in America, specifically for black communities in the city of Chicago, but Lee decides to approach this from the unconventional angle of a modern day retelling of the Greek tragedy of Lysistrata.

When I first saw the film, I decided to hold off on writing about it, in order to give myself some time to really digest it. Even after this, I can only say that Chi-Raq is a complicated, or perhaps more accurately a “messy” film, that still has moments of Lee’s indubitable brilliance.

The plot of Chi-Raq is a little difficult to explain. It revolves around the Spartans and the Trojans, two fictional street gangs in Chicago. Lysistrata, the girlfriend of the leader of the Spartans, organizes a sex strike between all of the women of Chicago; they will refuse to have sex until the streets are cleared of all guns and violence.

To top it off, the entire story is told in verse. That’s right. In the style of the Greek tragedy that it is based on, every piece of dialogue rhymes. Samuel L. Jackson plays a smooth-talking narrator of sorts, and the film features quite a few moments that exist outside of the story world; with characters speaking directly to the audience. I think that two particular characters, and the different aspects of the story they represent, best highlight what works and what doesn’t in the film.

The first is Jennifer Hudson’s character of Irene. Irene is a mother whose daughter is killed while playing in the streets; she is hit by a stray bullet in a drive-by shooting. She represents the more serious side of the film, that is committed to taking on the causes and effects of the marriage between gun violence and gang culture in America. There is a long funeral service scene, in which John Cusack plays a white reverend in a black church based on the real life Reverend Michael Pfleger, that delves deep into the political causes and potential solutions to these issues. Scenes where Irene literally cleans the blood of her own child off the streets are powerful, if borderline over-dramatic, but seem to at least treat the serious issues they discuss with respect. 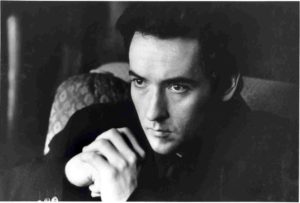 On the other hand, Nick Cannon’s character of Chi-Raq represents where the film really goes wrong for me. Chi-Raq is the leader of the Spartan gang, and of all the actors in the world to use to represent a hardened gang leader, Spike Lee chose Nick Cannon…For the most part, Chi-Raq sulks about in the film missing his girlfriend. The sex strike is a ridiculous concept, and it is treated as such in the film. This story line is farcical, and serves as a sort of comedic relief for the more serious moments.

The problem is, there are more moments focused on the increasingly wacky state of the sex strikers, and many of these moments lose their likability when bogged down with constant sex jokes that quickly lose their humor. Its difficult for the viewer to jump between the seriousness of Irene’s story line to the insanity of the sex strike. It doesn’t help that the film occasionally tries to inject a more serious tone into Nick Cannon’s story, and at times it feels dangerously close to trivializing an already extremely controversial issue.

The truly awkward tension between these two story lines can most poignantly be felt in the climax. I won’t spoil it for anyone, but as you can imagine, trying to somehow marry these two widely different tones is more than the film can handle.

There are a few other bones that I have to pick with the movie, and points that many others have raised as well. First, there is the status of Spike Lee as a famous New York based film director, making a movie as an outsider about the problems of Chicago.

There’s also some issues with gender. While the film goes out of its way to try to portray Lysistrata as a hero and a powerful female character, I can’t help but feel that this point falls flat when in reality, her only power comes from her sexuality. Sure, she might wield a lot of influence: she even starts a world-wide sex strike revolution. And the idea of the sex strike comes from real historical events, in which women made a real and powerful difference in the history of their communities. And I don’t want to write those stories off. That being said, it still definitely feels like the film is unable to see much in its female characters beyond their roles as sex objects or mothers. 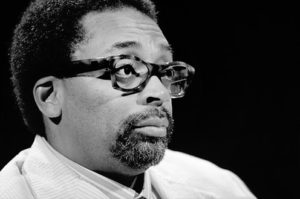 Lastly, there is one final idea I’d like to posit. I don’t claim this as total fact, but I don’t remember at any point seeing the phrase “A Spike Lee Joint” during the film. To my understanding, Lee only uses this phrase on films in which he feels he has total creative control, which is not a lot in his long filmography. However, he did use the phrase in the new story mode of the video game NBA 2K16, which he wrote and directed. It’s hard to believe that he was given creative control over that title, but was somehow at the mercy of the studio in such a strange film as Chi-Raq, but it’s an interesting idea nonetheless.

Click here to see if Chi-Raq is playing in a theater near you, and check out the trailer for the film below: